ANGRA Still Has High Hopes For Reunion With Andrés Matos 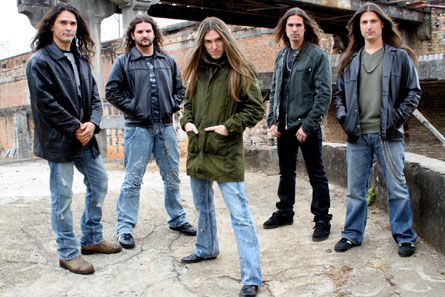 In an interview recent with Lokaos Rock Show, the remaining members of Brazilian power metal band ANGRA express interest in a reunion with original singer Andrés Matos (ex-SHAAMAN) for a 20th anniversary concert. The Brazilian vocalist, keyboardist and composer parted ways with ANGRA in 2000. After tapping into two different vocalists, the progressive metallers continue to believe the band can come alive again with Matos alongside.

This hasn’t been the first time ANGRA pined for a comeback with the vocalist. When Falaschi quit ANGRA in May 2012, Matos confirmed that he was offered to rejoin ANGRA ranks after Falaschi’s departure, but he declined stating: “They came to me, the members of (ANGRA) and some people from their management. But I’ve always made things clear: I’m not interested in this kind of reunion, which I’d call morbid. It’s gone, it’s dead.”

We’ll see. Check out the ANGRA interview by Lokaos Rock Show below and deliberate for yourselves.