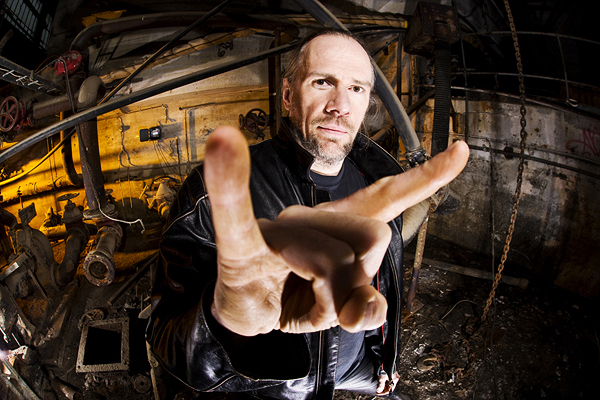 Drummer Anders Johansson has left long-running Swedish metallers HAMMERFALL. A statement from the band is as follows:

“Life in a heavy metal band is indeed filled with twists and turns, highs and lows, ups and downs. On Monday, we rolled out our own whiskey, Legacy Of Kings. Today is a shocking and monumental day for all, HAMMERFALL members and fans alike: Anders Johansson has decided to leave the band, after 15 years as the drummer. Brought on by increasing musical differences, as well as a career in the music industry that spans almost four decades, he has come to the conclusion that enough is enough.
“But fear not, we have already formulated a plan to get us through this even stronger. As a replacement, we have found a most excellent drummer in David Wallin, who most notably has been beating the skins in the Swedish industrial force PAIN. David will fill the void left by ‘The Swedish Tank’ with his youthful intensity and fantastic musicianship during the upcoming tour. We wish Anders all the best in his future endeavors and hope that 15 years can’t be erased that easily.

“Also, bassist Fredrik Larsson will have his second child in December, and is therefore on parental leave through March. But we think you will like the choice to fill his shoes. For anyone who is the least bit familiar with HAMMERFALL, this one needs no introduction: handling the four-string duty in Fredrik’s absence, none other than former guitar player Stefan Elmgren has agreed to make a triumphant return to the band! Yet another reason not to miss catching us live on the upcoming tours, this will be a very unique constellation.

“So it is with mixed emotions we say goodbye to an old friend and welcome an even older one back into the fold. The Swedish Templars of Steel cannot and will not be subdued, we will carry on heeding the call as long as the crimson thunder still is flowing in our veins. It is not the end of anything, it’s the dawn of a new era. And we welcome it with our hammers high!”