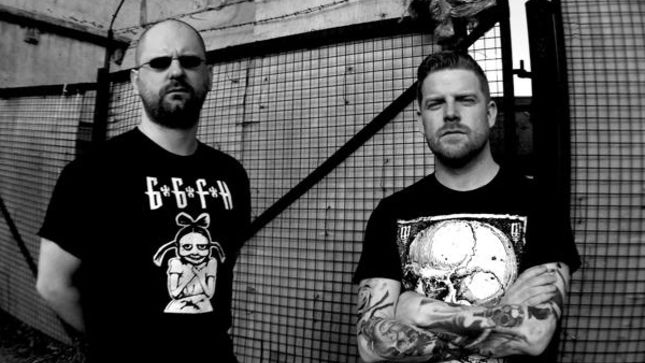 Heralded British extreme metal combo ANAAL NATHRAKH are streaming “Monstrum In Animo,” a song from their forthcoming new platter, Desideratum, which will be the band’s first for Metal Blade Records. The album will be released October 28.

Produced by guitarist/bassist/programmer Mick Kenney, with vocals recorded at Necrodeath Studios in Birmingham, and music tracked and mixed at The Black Flamingo in Orange County, California, Desideratum flaunts eleven fantastically mischievous odes of agony and despair.

Uniquely hallmarked by pulverizing musical ferocity, inventiveness and breadth, married with mercurial, intensely misanthropic and sharp intelligence, Anaal Nathrakh’s sound is imbued with a palpable sense of menace that is virtually unmatched in metal. This year Anaal Nathrakh are set to reach ever higher on their mission to send the Earth crashing into the Sun.