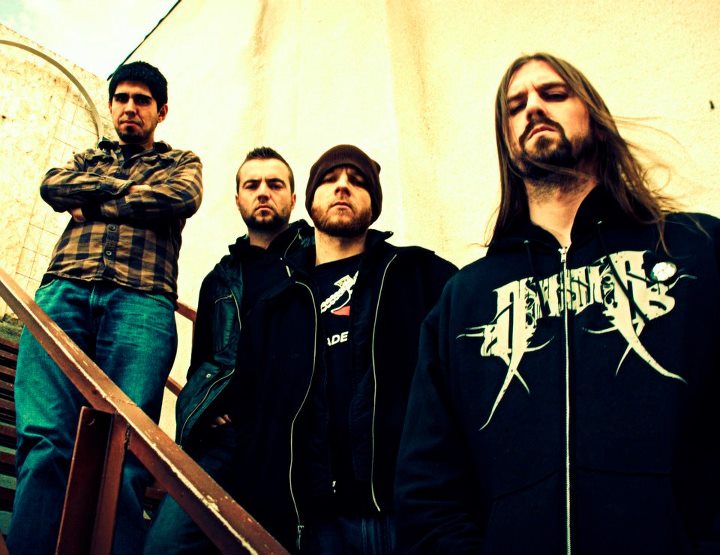 Colorado extreme metallers ALLEGAEON has entered the studio. Once again, they have returned to Flatline Audio with producer Dave Otero (Cattle Decapitation, Cephalic Carnage). This is third time the band has worked with Otero, who previously worked with the band for their self-titled EP, and their Metal Blade debut, Fragments of Form and Function.

Guitarist Greg Burgess comments: “We here in the ALLEGAEON camp are very excited to begin the process of putting our new record to tape. Returning to Flatline Audio with our friend and producer Dave Otero feels like we’ve come back home. With our newest additions of guitarist Michael Stancel, and drummer Brandon Park, we’re embarking on our most ambitious album to date.”

Bassist Corey Archuleta adds: “ALLEGAEON is a new machine…a better one. And finally, we are doing a new record. Not only are there the “million note a minute songs”, there are new grooves and great pieces fantastically put together by Burgess and Stancel. Hearty and robust symphonic compositions by Joe Ferris also accompany the album–and are beyond awesome. As 50% of the rhythm section, I am also beyond happy that Brandon Park is my other half on this album.”

The band’s most recent album, Formshifter, was released in 2012.