Last fall, guitarist and co-songwriter Daniel Dlimi decided to leave Sweden’s AEON after 12 years with the band. The band now check in with an update:

“We are pleased to announce that we have recruited a new guitar player and it is none less than Ronnie Björnström who produced our latest release, Aeons Black. We are all very exited about this and we say welcome to Ronnie. We’re looking forward to fans seeing us live with Ronnie and hope to be back to the US some point this year.”

Ronnie states, “Having worked with the band for over four years as their Front of House tech and producing their latest album, I know Aeon is one of the best death metal bands out there. It is an honor for me to be sharing stage with the guys. See you all on the road! Cheers!“

The band’s most recent album, Aeons Black, was released in 2012 via Metal Blade Records. 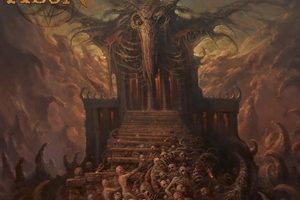