ABYSMAL DAWN Premiere Official Video For ‘In Service Of Time’ 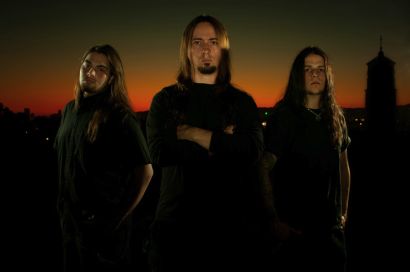 California’s ABYSMAL DAWN have unleashed the video for “In Service Of Time”, a track from their 2011 album, Leveling The Plane Of Existence, out now through Relapse Records. The video was edited and directed by Robert Mestas and can be watched below.

Vocalist Charles Elliott comments on the creation of the new video: “Well, it’s finally done! After a little over a year in the making, we’re proud to present the music video for ‘In Service of Time’. It was directed and edited by Robert Mestas, who won a contest a while back for making a video clip for our song ‘My Own Savior’. He did such a great job with that track, that we decided to give him a shot at making a full-fledged epic video for us. Being a self-financed production though, I think at some point we all realized we’d bitten off a bit more than we could chew. Several favors we’re called in and many plans would fall apart, causing the video to be delayed for a very long time. We have to say though, the end result did turn out pretty amazing. It’s a very dark dystopian piece, which you’d expect from us, with a nod to the classic silent German film Metropolis. We would like to thank everyone that worked hard on this to make it come out as cool as it did. Enjoy!”