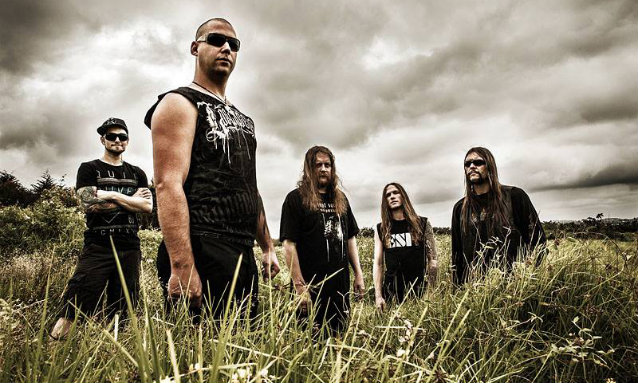 8 FOOT SATIVA comments: “Our new video, ‘The Shadow Masters’, is the first video from the new album, The Shadow Masters. We decided to return to our past and bring back an animated approach to the political viewpoint that this song is about: a controversial plant fighting back against corporate control and greed.

“We met with top New Zealand animators Mukpuddy to discuss and brainstorm the idea. The Shadow Masters is the first video in the trilogy we have planned, and as you will see, one pig down and still four to go.”

Formed in 1998, the band’s most well known single is the self-titled “8 Foot Sativa”, which was #1 on a late-night New Zealand music show for 12 weeks, and stayed on the chart for seven months. The band has toured and released albums internationally, and has played alongside artists such as CHILDREN OF BODOM and FEAR FACTORY.