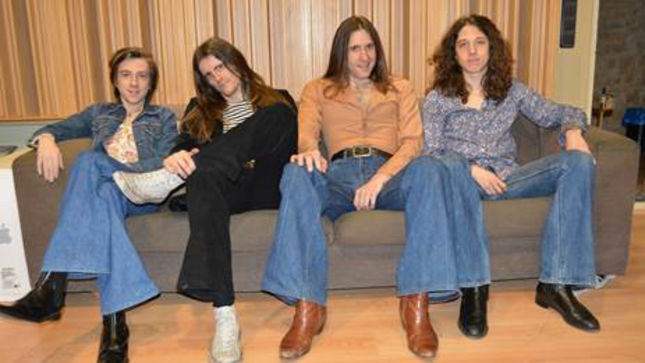 Founded by the Valeta brothers, ’77 (pronounced Seventy Seven) reflects the ideology and musical concept of the Seventies, an era they artistically and aesthetically feel comfortable with and truly at home. You cannot deny their special love and passion for the Bon Scott era AC/DC, as the band’s name is a reference to the year that Let There Be Rock was released. Over the past years ’77 didn’t just make a name for themselves with their studio recordings, but particularly with their high energy live shows that secured them countless European tours with the likes of diverse bands such as Bullet or Audrey Horne.

After releasing three albums on Listenable Records and Kaiowas Records (in Spain) the four-piece band from Barcelona has recently inked a worldwide deal with Century Media Records.

’77 about their new home: “We’re very proud and happy to announce that we signed a deal with the prestigious record label Century Media Records. It’s been a long way to get here and we want to say ‘thank you!’ to everybody who helped us making this possible. We’d like to extend a special thanks to Marc Picanyol, Laurent Merle, our former band mates Raw and Dolphin and last, but not least our amazing fans!”

The band is currently busy with writing their upcoming album, so stay tuned for more news soon. 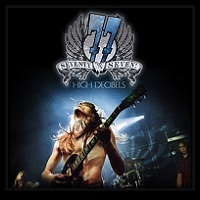