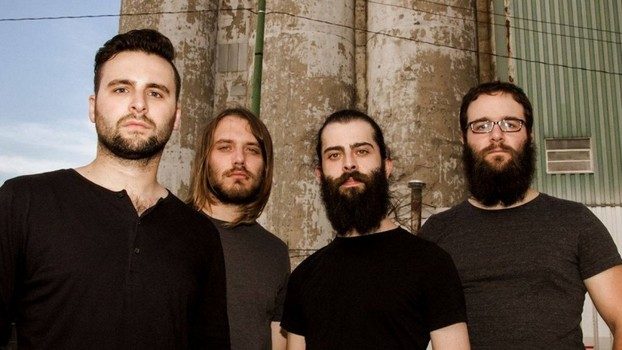 Dead Rhetoric: Who are some of the artists or bands that you would consider benchmarks as far as how you view their career outlook, discography, or presentation/performances that you guys as a band aspire to become, and why?

Lombardi: You are making me think here! Well, one band that we all know, respect and love is The Dillinger Escape Plan. They’ve done it their way, for lack of a better term. I definitely have looked to them not necessarily for inspiration but for a little bit of guidance. They’ve done a good job of carving out a lot of the approach that I would like to take on. They are totally open with their songwriting- if people dig it, great, if not, it doesn’t matter- we are doing what we are doing. They go forward on their own terms. Which can be very difficult to do, but they are very savvy businessmen with this approach. That’s a tough call- it’s hard to forecast what our own career or presence in the industry will be. To a large degree, we are focused on songwriting and just to get as many people to hear us as possible. That’s when art really comes to life – you can write and play what you want on the edge of your bed, but until you make that connection with another human being, it’s when that really becomes its own entity. Our focus is to get to that point with who we are and what we’ve created, and having that connection on the other hand with someone that we probably don’t even know.

Dead Rhetoric: Describe Without Waves in a live setting- are there times where you experiment even more from the recorded output based on atmosphere and crowd energy/ interaction?

Lombardi: Hmm. We don’t actually do a lot of improv live. Every now and then Anthony will pull an audible mid-set depending on how the crowd is to play a different song from what we were expecting. To a large degree, I prefer to have a set, rehearsed that we execute live. We don’t like a lot of variables in our live performance, not that I am opposed to them. We excel when we rehearse something a little bit more. A favorite performance of ours- we played a show maybe four years ago now at Reggie’s in Chicago, we opened for Novembers Doom and Anneke Van Giersbergen (ex-The Gathering). To fit that bill a little bit more we did our softer material, and it forced us to create a little bit of a different live set. We did a Portishead cover oddly enough and made it our own, it was a packed out and people had no idea who we were. We had an unusual set list for us, and it was a really great experience.

Dead Rhetoric: How much does your home base in Chicago impact the output of the band – do you feel freer than if you were say a New York City or Los Angeles-based group?

Lombardi: I guess I never really thought about that. It must! We definitely are Chicago-ians- I love Manhattan, but I am born and raised in Chicago. That has to be a factor, but I’ve never quantized it in any ways. Even with our small knit, metal community in Chicago – we do have our own sound and scene. If I lived somewhere else in the mid-west and I was completely oblivious to Yakuza for instance, they are a bigger name in our scene and they are more experimental than we are- but look how far they’ve gone.

Dead Rhetoric: What are your thoughts on the music industry currently – the good, the bad, and what you feel needs to be improved upon or modified for the long-term benefit of all?

Lombardi: Oh, that’s tricky. Even though I’ve always been a very active player and supporter of the scene, as well as a listener, this is a new plateau for me. Being more of a player into what’s the ‘industry’. Obviously there’s an evolution happening and everyone is going through a fitness test at every level of the industry, but I think it will be okay. In the grand scheme of things, I have this underlying feeling, especially with technology being where it is, there are so many more bands and it’s so much easier to record. I don’t worry at all about oversaturation- once we have that much more content and that many more people playing that collectively we are going to end up with better and better products due to that almost oversaturation.

It’s going to get your music online and people can hear your music anywhere- I think this will push great content to the forefront. It’s not like it was 50 years ago where there were a handful of very selective, lucky individuals that won the lottery in the sense to have their music be on an international platform. I really think once everyone figures it out- it would be really great for people to pay for music. I’m okay with not living off of music, because I like the idea of keeping music separate from money in some sense. It’s always wise to approach bands like a business and approach things intelligently, but we aren’t going to ever write a song that will become popular if you will- we are so far removed from that dream. We focus on the artistic side of it- it would be nice if it were easier to pay for recordings or something.

Dead Rhetoric: Garry also plays drums for Novembers Doom, and John is involved with Immortal Bird – is it important for the band to balance out other musical interests and pursue those passions to bring even more creativity to Without Waves?

Lombardi: I never really thought about it like that. Perhaps, I know Garry especially is a very active player. You can find him at our practice space almost every single night of the week possibly with multiple band practices. He loves drumming, and he’s in a lot of bands. That’s definitely an environment in which he thrives, he takes great pleasure in that. As far as retroactively, if those influences have an effect into the Without Waves sound, I guess it would have to.

Dead Rhetoric: Are there any passions or hobbies you guys pursue to recharge your batteries?

Lombardi: I guess we do, but I don’t have a great answer like ‘Garry loves glass blowing’. Since you said recharging your batteries, it reminds me of something regarding John. He has a lot of man skills for lack of a better term. He’s operated a crane, he can change a tire on a semi, things like that. Even though he was a history major in college, we always appreciate this. Maybe once a year, he will go camping alone and live his cell phone, all technology, and be a man in the woods with his thoughts. He does that to recharge and reset himself, and I’ve always respected that about him. I wouldn’t put myself in that position, I’m way too much of a city kid.

I do like visual art quite a bit. Growing up I was the kind of kid who would do a lot of drawing, painting, sculpting. I like going to the MCA, the Museum of Contemporary Art in Chicago every now and then. Getting more food-oriented lately, I’ve had my palate opened up a little more over these past couple of years and I’ve begun to actively pursue some different foods, wines, and I am a big coffee fan.

Dead Rhetoric: How do you see the rest of 2017 shaping up for the band as far as supporting this record?

Lombardi: We’ve got a couple of things in the works here. We will be on the road in more than one junction, but there isn’t anything I can officially talk about right now. That is the goal, hit the road, play for some people across the country. This last tour that we had was a lot of fun, we met a lot of great people and a lot of good bands actually. More touring, and more songwriting- which is another nice thing about having Garry and John in other active bands- once they are out of town, it’s a good time for us to focus on songwriting instead of us lying dormant without them.

Without Waves – Intent and Perspective 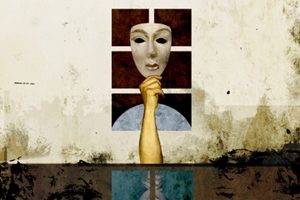