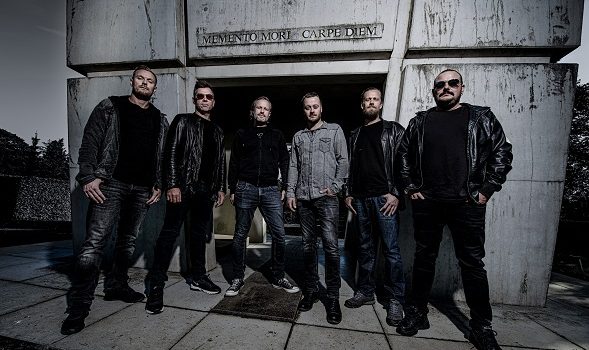 Flying just ever-so-slightly out of radar’s view during the late ’90s/early ’00s melodic death metal boom, Denmark’s Withering Surface pulled together a string of albums that warranted further inspection, namely 1999’s Nude Ballet and its 2001 follow-up, Walking on Phantom Ice. Here, the Danes merged the melodic framework of their Swedish contemporaries with pangs of atmospheric keyboard action. They were, in a sense, a less brazen At the Gates, but a more melodic Dark Tranquillity, and capable of being as catchy as In Flames. The band split in 2004 after the release of Force the Pace and was relegated to the melodic death metal history books.

Dead Rhetoric: The band split in 2004. Looking back, was it the right decision at the time?

Allan Tvedebrink: Yeah, it was. We’d grown tired of the whole thing, worn each other out on different levels. There was lots of bad energy and everything we did felt like beating a dead horse… for me personally, the focus had shifted and I kinda lost track of where we were going, musically and as a group of good friends. Either we split or replaced some members, but as there was nothing wrong with the individual members, it would be impossible to pick out who should leave. Does it make sense?

Dead Rhetoric: What did each of you do once Withering Surface dissolved? Did you remain friendly with one another in the intervening years?

Tvedebrink: Besides Morten [keys], who kinda just disappeared after the spilt, we all went in different directions. Both in other projects and together in various bands. We have all been playing together in several installments over the years. Right after the break, KB Larsen [bass] and I formed a band called The Downward Candidate, which musically was a counterpoint to Withering Surface and what we needed at that point. It later turned into The Kandidate who released two albums and toured intensively until we quit because of the long-distance relationship we had with the drummer and singer. At more or less the same time, we released the third album with Michael’s [Anderson, vocals] and my death metal band Thorium, now with both Nikolaj Borg [drums], KB and Marcel [guitar] in the band. Later, KB and I started a crust band called Parasight together with Nikolaj [of which Jakob Krogholt released the latest album on hos record label Indisciplinarian]. On top of that, Nikolaj, KB and Jacob Krogholt have a grind/crust project called Anti Ritual and Michael and Nik played in a doom band named A Sun Traverse until recently. It’s really messy and almost incestuous, ha-ha! So yeah, we are all good friends still…

Tvedebrink: In my book, it took off way before we split. In fact, melodic death metal as I was inspired by at the time peaked in the late ’90s early ’00s. Afterward of course some of the original bands evolved and had a much more commercial [in lack of better words] approach and gained a lot of fans, especially in the U.S. market. The sound became slicker and the songwriting, singing and production was targeted to a broader audience, which is why it got popular. Nothing wrong with that, I dig it, but it’s a different genre within the genre. I think this was more of a driver for success than the genre description. Also, at that point, social media and the internet were raging making reaching a lot of people got very easy – also for sub-genres like ours. And no, I would have no idea, that bands could headline tours and festivals in a scale as we see it today, but that goes for the whole genre of metal. It is great!

Dead Rhetoric: To the present, what set the wheels in motion for your reformation?

Tvedebrink: The band I mentioned earlier, Thorium, which I am no longer a part of, released their fourth album two years ago. And to get more into the incestuous relationships in the scene, Jakob Gundel produced it. So, him and Michael hit it off and as KB was playing the bass on that album, they got started thinking about the old days and talking about reuniting the band. So, they reached out to me as an original member and the wheels were running. I had to think about it for a while, as I had announced that we would never reform the band. But at that time, it fit perfectly in my life. I was in a hiatus with my other band and I was writing melodic music for a new project…

Dead Rhetoric: Was it always your intention to record a new studio album after you got back together?

Tvedebrink: Yes, one-hundred percent. None of us were interested in reuniting and just playing shows. We agreed that we would give it a shot and see if we had what it would take to make everybody feel comfortable. So, if we didn’t have anything relevant to put on the table in 2018, we would just forget about the whole thing and just grab a beer once in a while.

Dead Rhetoric: Was it easy getting back into songwriting mode for Withering Surface?

Tvedebrink: It was really easy! When we agreed to give it a go, it took me a few days to get into it. As I knew I would be the one writing all the music, I thought about which approach I should take when writing new material. I also listened to some of the old stuff to recollect what we were actually doing back then. As I sat down, I just went “Fuck it, let’s see where this goes without all the thinking” and suddenly, the first track had written itself in a few days. It was an awesome feeling and I still think that that song is one of the best tracks on the album. I was relieved to experience that it was really easy to get into WS mode without thinking too hard about it. Maybe because of this it was a success and the others dug what I was doing. After three or four demos where Michael and Jakob worked on their parts, we all agreed that it felt totally natural and totally right and that we should go on with the project. So during 2018/2019, I wrote the rest of the tunes while we were gathering the rest of the members for the new version of Withering Surface.

Dead Rhetoric: What was the goal with Meet Your Maker? To carry on from Force the Pace, or, try new things?

Tvedebrink: Now that you mention Force the Pace, it was our swansong on many levels. I’m still proud of the album, but for me it is associated with a lot of bad energy in the band. It was not really an option to do a continuation from this and as we were heading towards a reunion of the original lineup with Jakob back in the band, it was natural to seek out our roots mixed with our modern lives and the experience we have gathered throughout the years… we wanted this to be awesome and we wanted to prove that this reunion is justified. We wanted to create music that had the Withering Surface DNA and make it present and relevant in 2020, without jumping any bandwagon or forcing it to me modern or something that is not us to please the masses.

Dead Rhetoric: Have you started to think toward 2021 in regards to playing shows? I’m sure the band was disappointed to not be able to support the new album with shows…

Tvedebrink: Yeah, we are working on shows in 2021 already. We have a few club shows in the fall and two festivals that still might happen in September and in November. The release of the album on the 19th of June coincided with our gig at Copenhell which is one of the biggest festivals in Denmark – by far the biggest metal festival. That would have been an awesome way to kick off the reunion! We are still hoping that the album will be pretty fresh in peoples mind when we hit the road in Denmark in the fall and hopefully Europe in the spring of 2021, but it is with great regret that we could see all our festival appearances over the summer vanish one by one… But being a band that is not relying on incomes from touring, it is nothing compared to the musicians, bands, crews and venues that are living from touring. I really, really feel bad for them!

Dead Rhetoric: Is there an album in your discography that you hold most dear? I’ll point to The Nude Ballet — some seriously great songs (“Ode for You,” “Breathing Purple,” “Nude & Humble,” “Her Valley & Sea”)

Tvedebrink: I guess it is like choosing a favorite between your own children, ha-ha. Of course, Scarlet Silhouettes will always have a special place in my heart as it was the first album I ever did and there are so many great memories. Also Walking on Phantom Ice is dear to me, as this was a strong band effort having us signed and touring internationally, playing Wacken Festival and lots of other great experiences. But thanks for the compliment on The Nude Ballet. It is definitely up there in my book as well as it was lots and lots of hard work a big leap in our playing abilities, pretty technical and practically written all by myself. It also got an incredibly good response, a nomination for the best hard rock album at the Danish Grammys and saw us playing at the legendary Roskilde Festival.

Dead Rhetoric: Finally, how is the rest of 2020 looking?

Tvedebrink: As I mentioned, we still have some gigs booked for the fall. I just hope that we can move forward with those. Not much more going on touring wise, as no one is booking more gigs for the rest of the year – besides streaming and drive-in concerts which we are not going to do at this point. Otherwise, we are of course looking forward to releasing Meet Your Maker and receiving the response for it! We have tons of promotions to do and when that is over and summer starts, we’ll start rehearsing for our shows – I just can’t wait to get on with that! 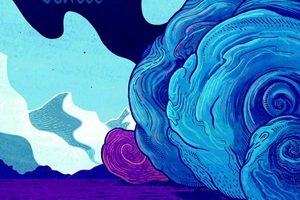