A classic example of a band with a segment of followers who are without question, stuck in the past, Sweden’s Witchcraft have had to face a tidal wave of criticism for their new album Legend (Nuclear Blast) simply because it sounds good. Not because the songs are bad (they’re not), or they’ve deviated from their sound (they haven’t), it’s because certain retro know-it-alls can’t wrap their heads around the fact Legend sounds better than its 2007 predecessor The Alchemist. It doesn’t sound like it was recorded in a garage in 1973, much to the chagrin of those we just mentioned. Stuck in the past indeed.

Legend’s appeal figures to be broadened because of their recent union with Nuclear Blast, a label that should help them escape the troublesome Rise Above Records tag that at times, is more of a burden than anything. It also helps that there’s a handful of easy-on-the-ears rockers, most notably lead single “It’s Not Because of You,” “Deconstruction,” “White Light Suicide” and “An Alternative Freedom.” When coupled with Jens Borgen’s [Amon Amarth, Symphony X] marvelous, but not overproduced production job, it’s not a reach to say Legend fits nice and snug between Firewood and the aforementioned The Alchemist But make no mistake, the “new” Witchcraft is here to stay.

Bass player and all-around humble dude Ola Henriksson phoned Blistering to discuss the developments around Legend, the new lineup, and much more. Here’s what ensued…

Blistering.com: The obvious thing to start with is that you’re five years out from The Alchemist, so it must be nice to finally have something new out with Legend, right?

Ola Henriksson: It feels great. It’s been a long time…I always knew that we were going to release another album, I just didn’t know how long it would take. It doesn’t feel that long, but when I think back, it is five years.

Blistering.com: The Alchemist may have came out in 2007, but it’s not like you’ve left people’s collective consciousness.

Henriksson: We were wondering ourselves if there would still be an interest in [us], but the feeling for the band has grown since we released The Alchemist, so I guess people have found out about us, even though we haven’t been that active. It feels like we have all of these new fans…it’s strange.

Blistering.com: When you were changing members and a few other things going on like a label change and so forth, but was there any doubt that you wouldn’t make it to the finish line with Legend?

Henriksson: When it was only me and Magnus, I didn’t really think about putting out a new album. In the back of my head I felt, sure we’re going to get some new guitarists and start rehearsing. It’s always been a part of my plan to release another album and I know Magnus feels the same way. Even if it would be just us two and studio musicians or like it is now, as a band, which I prefer.

Blistering.com: It makes me wonder: How old are some of the songs onLegend?

Henriksson: Some of them are fresh, some of them are really old…some riffs are ten years old [laughs]. Others are like, one-year old. It’s a ten-year span. I guess that’s how it works with most bands – you have certain riffs you can’t use in songs, then in the next one, you use them.

Blistering.com: Probably the big to-do regarding the new album is the production. You worked with Jens Borgen and the album sounds great, but there’s a segment of people who prefer the “old” sound of Witchcraft. Have you come across that sentiment at all?

Henriksson: I agree with you. I understand that some people want that you know, “lo-fi retro sound,” but to me, it’s about the songs. If you have good songwriting and songs, even if they sound like crap. I can listen to demo tapes from 1973 and you can hardly hear the vocals, but it could be a good song. To me, that doesn’t matter. But I agree with you – the sound on this album gives the songs what they deserve. Being a bass player, I think we lacked that on previous albums – the heavy bass and the drums.

Blistering.com: Was Jens your first choice? I could imagine there were a lot of producers chomping at the bit to work with you guys.

Henriksson: He came up first. We had one other guy a few years ago, but he lived in Stockholm and we wanted someone that lived in our hometown. Jens lives here, so we started talking about him and thought he wasn’t going to be interested and that he only wants to do death and black metal bands, but we asked him and he said, “Yeah, sure, I’m interested.” I’ve always wanted to work with him because I took a course in sound engineering and he was the teacher. I saw his magic ten years ago and I knew he’s gotten better. Apparently, he has. It was a pleasure working with him. He was really professional and friendly.

Blistering.com: I’ve heard a lot of the albums he’s done, but it’s not like he made you sound like those albums. He took what you guys are good at, and refined it, more or less to sound like Witchcraft.

Henriksson: He didn’t push us in any direction, he just said “Fuck it, that’s good!” He’s like a puppet master, but in a really good way [laughs].

Blistering.com: You were always associated with Rise Above Records, and [label head] Lee Dorrian certainly did a lot of good work for you guys. Now that you’re on a new label, do you feel that it was the right decision to get away from that label and the “scene” it’s so crucial to?

Henriksson: In a way, we felt that we needed a fresh start. When we found new blood, we wanted a fresh start, and when Nuclear Blast said they were interested, we didn’t think twice. It’s a classic metal label and I know that they would do a good job. I have nothing against Rise Above and I still work with them for my other band, Troubled Horse, but we just needed a change. It’s a step in the right direction.

Blistering.com: Along with that, are you going to focus more on North America with this record?

Henriksson: Yeah, of course. I said this before: I love playing in the U.S. because it’s a different vibe in America. It feels like the U.S. appreciates [you] more. You get into the music more than the European countries. In Sweden, it’s a bit sloppy. You need to prove yourself again and again and again to win the crowds over. In America, if you put on a good show, they appreciate it from the get-go.

Blistering.com: Here, there’s always been this fondness for bands that have the Sabbath vibe or a 70’s feel. That should work in your favor.

Henriksson: It seems to go pretty well for us in the U.S. so far. We’ll see what happens this time, but I hope it will go well.

Blistering.com: You have some new members in the form of Oscar [Johansson, drums], Tom [Jondelius, guitars], and Simon [Solomon, guitars]. How’s it working out?

Henriksson: It’s working out great. When we started playing with [them] a year and three months ago, we felt like we were 16 again because we had that spark. We feel new. When you’re 16 and playing in a band, you feel like you’re on top of the world. I haven’t felt that way since I was 16 [laughs]. We have a good group of musicians. It’s fun to play with people like Simon…he’s knows everything about music. Just playing with him develops my bass playing, so that’s cool.

Blistering.com: You have three new guys, so was there any set criteria in their selection?

Henriksson: We wanted guys from around here so we could rehearse regularly. Of course, they had to be good [laughs]. The first guy we asked to join was Tom. Magnus showed me a video on Youtube of his other band when he was 13 and he was playing a solo, and I thought we had to get him. Now he’s 21 [laughs]. He joined first, then we asked Oscar. Oscar had been in our minds, even before Freddie joined the band, but he was busy with his old band. So we asked him, then Oscar asked Simon, and Simon said yes.

Blistering.com: What’s the next year to 18 months looking like?

Henriksson: We’re touring Scandinavia this fall up until November, then we’ll take a break around Christmas. In January, it’s Finland, then Europe, then U.S. hopefully in March. And then back to Europe and try to do as many festivals, and hopefully back to the U.S. again. 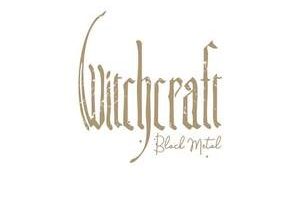 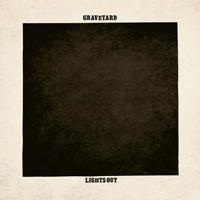