Will Haven – The Science of Noise 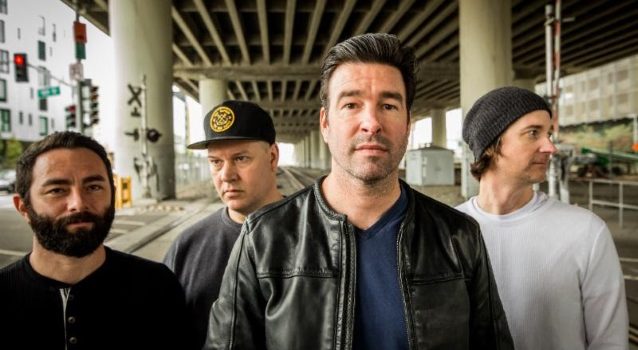 Dead Rhetoric: At the beginning we said that it was hard to describe your sound, but from the pr/press side, noise seems to come up frequently with Will Haven. So where does the draw come from to create something that many deem ‘noise?’

Irwin: Our influence, when I started the band, was Neurosis. I loved heavy music. I was into Sepultura and stuff like that. But there was something about Neurosis. It was heavy but it was still ambient and dark. It was authentic and very real. You can’t categorize them either. What is Neurosis? They are dark and evil and scary, but they are an emotional band as well. I think that’s why I was drawn to their music. I love music, but only music that moves me. When I heard the record, and then saw them live, it was a whole new level. Those guys are aliens, they aren’t humans [laughs]. They were doing something I had never seen before.

So when I started writing music, that was the only band I could think of, because I wanted to do something real and authentic. I wanted something that was emotional and would move people. I’m not as good as they are, musician-wise, but I tried to keep those things in mind. I think bands like us and them, it’s considered noise because it is noisy, but it’s not metal, it’s not anything like that. To me, Neurosis is a soundtrack. If you are laying in a dark room, it takes you to a different place. That’s what I wanted Will Haven to be – to take you to a different place.

But I wasn’t able to portray that very well on our early stuff. I was a baby at writing music and couldn’t get that feeling across. They were great metal records, but I don’t think we had that emotionally driven part yet. With the new record, that’s how I feel. Now there are some epic, emotional, moving parts in the record that I was finally able to incorporate. So it’s more of an emotional drive – I bet if you asked the Neurosis guys, they wouldn’t say, “We write a riff because of this, this, and this.” It’s more, “We sit in a room and just jam and it comes out.”

Dead Rhetoric: Could you also talk about the band’s relationship with the Deftones over the years?

Irwin: We’ve known those guys for ever…I’ve known Chino [Moreno] for near 30 years. I met him when I was about 18 years old. I met Todd Wilkinson (of Team Sleep), and Todd and Chino had grown up together and were best friends. The Deftones had been started, but they were young and playing small shows. They played at a backyard the first time I saw them. I started hanging out with Todd and Chino and skating, listening to Bad Brains and just hanging out. I was always a fan of the Deftones. Even when they were playing in the backyard, I knew they were going to be big – they were doing something different. They had taken all of their influences and did something completely different. Just being kids and watching them grow up and progress. I saw them starting to play headlining shows in clubs in Sacramento and then out of town – I was driving their equipment for the out of town gigs. So I was there from the beginning and I got to see them get signed. But I saw the progress from them being an infant band.

So we were really close, and when I started up Will Haven, and we got a record out, the day we finished mixing it I went to the Deftones practice spot and gave it to them to listen to. They were blown away. They were fans of El Diablo right away. I went to a show they were playing at in San Francisco, and I was sitting there hanging out, and Chino asked if we wanted to go on tour with them. This was right around the time of Around the Fur. So we ended up touring the US with them, and then Europe. That’s how the Will Haven/Deftones thing ended up reaching the media. They are great guys, and I’ve been friends with them most of my life. I feel pretty blessed. Out of all the metal bands we could have grown up with, that one was the best for us because they are one of the most respected bands in the industry, personality and musicianship-wise. Anyone they say that they like, people are going to jump on board. Those guys are badass; I love them to death.

Dead Rhetoric: You’ve toured with a lot of major metal bands, aside from the Deftones, from the beginning of your career. Do you think they were an influence on getting the band to where it is today?

Irwin: A lot of it stems from the Deftones – we owe a lot of our career to them. People and promoters saw us on that tour and asked us to go back. I remember just sitting on my porch with Stephen [Carpenter] from the Deftones and Christian [Olde Wolbers] from Fear Factory called him on the phone they were looking for an opening band for their European tour, so he suggested we go out and hands the phone over to me. So we toured with Fear Factory in Europe. Little stupid stuff like that has just been crazy for us. From that, we got Gloria [Cavalera] managing us for a little while and got us tours with Soulfly. Slipknot called us because they had seen us on tour with Deftones, so that tour was the staple for us getting some of our exposure and attention of other bands.

But going off those bands, it was huge. Fear Factory was huge for us in Europe. Slipknot was okay, because that was when Slipknot was starting out. They just wanted to see Slipknot, they didn’t really care who was opening for them. We still got some fans from that though. But everybody always reverts back to the tour we did with the Deftones. They say it was the best tour they saw, and it’s funny, because we have done so many since then, but people still go back to that one. It was a special time. It opened up a lot of doors for us. We had to go out and prove ourselves, but I think that was the kicking off point for us.

Dead Rhetoric: What will the next few months look like for Will Haven?

Irwin: We are at the point where we know we aren’t going to be a big band and taking it day by day. After we practice we go home and watch TV, hang out with our pups and kids and family. If something happens, awesome. If not, then we are just hanging out and chilling. We do have a few shows coming up. We have a little west coast run in May, and we have some ideas of playing on the east coast. We do want to get over to Europe, because our fanbase over there is amazing. So we are planning things here and there.

I’ve learned in the rock industry that you have no idea what’s going to happen. A new record could come out and people might hate it and you break up, or people absolutely love it and you are all of a sudden playing the Grammy’s. Take it day by day and see what happens, and be humble about it. Don’t get too wrapped up in it. If we made a great record, awesome. But it’s not like, “Oh my god, we made the best record ever and we’re going to be in the Hall of Fame!” It’s not like that. We are just humble dudes. Personally, I’d just like to keep writing new music. I’d like to put out one song every couple months after this, to see if we can keep people interested and see what boundaries we can push. I’d like to see how far we can take this.