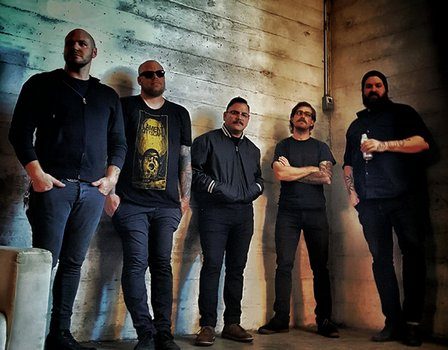 Halfway through the year at this point, and almost to the one year anniversary of this particular column. With that said, let’s just focus on the videos for this month. We check out Among Gods, Blitzkrieg, Knaaves, Kobra and the Lotus, Mountaineer (pictured above), Null’O’Zero, Rough Grind, and Satan.

Among Gods
“Frozen Heart”
The Feeding of Cruelty
Self-Released
A pleasant little surprise running through some YouTube videos led this scribe to Among Gods. A melodic death metal act from Belarus, “Frozen Heart” provides an emotional and touching display as the two main characters interact with each other, leading to a tragic end for one of them (which is shown at the beginning of the video). The melancholic tone of the video is a perfect match for the lonely leads and haunted screams that the song provides – quite catchy yet emotionally resonant long after the music ends. Worth a further investigation to find more if you enjoy melodeath. – Kyle McGinn (Among Gods on Facebook)

Blitzkrieg
“Angels or Demons”
Judge Not
Mighty Music
The New Wave of British Heavy Metal never ever dies – especially if the pioneers continue to push new material to the metal legions. Brian Ross who also sings for Satan these days put out a new Blitzkrieg album Judge Not – and this video “Angels or Demons” may be more of a straight-ahead performance clip, but it’s the black and white /grainy elements that give the track that throwback nature – beyond the Priest-style riffing and Brian’s soaring falsettos during the chorus. Brian also has that stage presence that throws him in an Alice Cooper-like status – properly throwing up evil stares and fist pumping while holding a scepter device. Nothing fancy, just blue collar heavy metal and that’s alright with the Blitzkrieg brigade. – Matt Coe (Blitzkrieg official website)

Knaaves
“January”
January
Self-Released
Simple yet stunning. Knaaves’ visual representation of the title track from their 2-song introduction to the world seems to mesh entirely with their message behind the track. “January” follows 2 investigators who are tracking what appears to be a ghost of a victim, who leads them on with rose petals until the end of the track, where they reach the victim herself. The lyrics are provided if you go to YouTube, which gives some more resonance to the song itself. But even without it, the track contains some lumbering and monstrous riffs that are bound to sink in by the song’s end. – Kyle McGinn (Knaaves on Facebook)

Kobra and the Lotus
“Velvet Roses”
Prevail II
Napalm Records
With metal being such a ‘serious’ endeavor, it’s nice to be able to sit back and watch a video that’s meant to bring a smile to your face. “Velvet Roses” accomplishes this with some seriously over the top and ridiculous footage, including (but not limited to) a mid-air guitar solo, backseat guitar playing, and Kobra freefalling all the way to the top of the van. A flatout fun video that’s not afraid of being a little bit silly – a pleasant contrast from much of the scene. – Kyle McGinn (Kobra and the Lotus official website)

Mountaineer
“Hymnal: Passage III”
Passages
Lifeforce Records
Opening up (quite literally) with a series of psychedelic and trippy visuals of flowers and other things (such as a dragonfly), it’s an atmospheric approach for Mountaineer. A beautifully introspective song is complemented with some intriguing visuals and color schemes, particularly the latter portion in which a sequence of flowers are blossoming, with the final rose blossoming and then dying out as the song fades. Fascinating material, with regards to both audio and video. – Kyle McGinn (Mountaineer on Facebook)

Null’O’Zero
“The Last One”
Instructions to Dominate
Rock of Angels Records
An interesting twist of melodic heavy metal with aggressive, modern aspects in terms of tone and attitude from Greek band Null’O’Zero here for this video “The Last One”. The guitar harmonies have a Megadeth/Trivium flavor, while some of the rhythms and tempo meld together say Disturbed with a mid-tempo Symphony X edge. The steady drumming and rough around the edges vocals (imagine a gritty Ronnie James Dio) keep this scribe engaged – while the video contains half band/ half conceptual cuts. It’s as if the man sitting in the chair is channeling his inner fears coming to life – a fiery demon, a religious man willing to help him seek salvation, stopping him from cutting himself, eventually summoning those razors from the depths of his body. Scary stuff that matches the driving action of the music. – Matt Coe (Null’O’Zero on Facebook)

Rough Grind
“Gilded Cage”
Trouble or Nothing
Inverse Records
A Finnish band making a conceptual video outlaying the realities of the United States in a poignant manner, Rough Grind with “Gilded Cage” release a statement for a society that truly is less free than it ever was. Intertwining footage of American flags, rodeos, and loads of New York City action (high rises to street scenes in Times Square/ subways), you get a melodic/gothic metal cut that is equal parts Judas Priest as it is Sentenced, the guitar lines magnetic while the mid-range vocal has that emotional anguish to match the lyrical content. Makes us always pause to see how outside countries look at what America represents – or should represent – today versus the plan our forefathers created centuries ago. – Matt Coe (Rough Grind on Facebook)

Satan
“The Doomsday Clock”
Cruel Magic
Metal Blade Records
Continuing our look into 80’s NWOBHM bands that still release new studio product in the current marketplace, it seems that Satan are garnering the most respect and attention for their latest recordings just as much as the classic Court in the Act effort that put them on the map. “The Doomsday Clock” is the first single off the upcoming album for Metal Blade, and it’s a barnburner featuring searing rhythms, a quick classical acoustic guitar opening, and heads down metal that should be met with fervor for any headbanging metal monger. The performance footage is set against a cathedral backdrop, many of the camera angles up close and personal – while the sands of time slip away in the hourglass that opens and closes the proceedings. Another black and white winner. – Matt Coe (Satan official website) 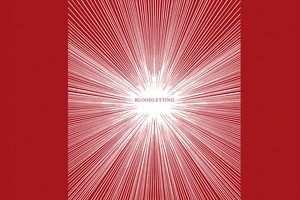 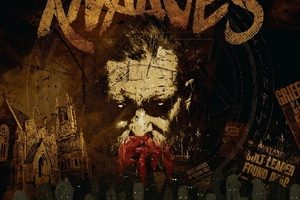