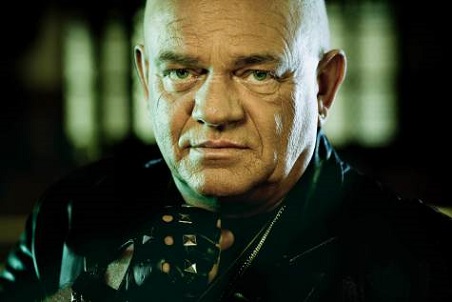 Dead Rhetoric: What places would you like to see U.D.O. tour that you haven’t been able to get to in your career?

Udo: So far, I’m still missing Australia [laughs]! Maybe we will have the chance to do this with U.D.O., but I never got to go with Accept and I’ve been nearly everywhere.

Dead Rhetoric: At any time while touring the globe, do you ever experience culture shock – or have you always been pretty easy going when travelling from country to country?

Udo: When we are traveling, let’s see the last country we played in was Ecuador, and it is an amazing country, a beautiful country, but you see these really poor people and it’s a culture shock. They still are happy people; it was very interesting to see how they live and how they are able to survive. The economy is poor, but I try my best in every country to see a little bit of what is there besides the stage, the hotel, and the clubs.

Dead Rhetoric: You mentioned in a previous interview around the time of the release of Mastercutor working on your own book, and that it would take a while to finish because you didn’t want to write a normal biography. Have you made any progress in this regard?

Udo: Yes, and I am still working on it. I was planning to put it out at some point this year, but I think it’s going to have to be even a little later than that. Maybe when we start the European tour I’ll have time to start writing again when we are traveling on the night liner. I want to put out this book definitely in German and in English.

Dead Rhetoric: What do you think in looking back at your long career is an area or two where you possibly made a mistake or misstep that kept you from advancing faster than you should have.

Udo: Not really, of course you can make mistakes – I think the first time we were in Russia with U.D.O. there were a few mistakes and we didn’t know how to handle some stuff financially, but overall I don’t think I’ve really made many mistakes when it comes to my career.

Dead Rhetoric: Your brother Peter also performed for years as a vocalist in acts like Danton and Vanize, and I also hear your son can play a few instruments as well. Would you say your family has always been musically inclined?

Udo: My brother was quite a singer but the problem he had was his voice was similar to mine, so he always had a problem to be compared to his big brother. He is not in the music business anymore. My son Sven last year he played four U.D.O. songs with us at the Wacken Open Air festival. He’s a very good drummer, he has his own band called .damaged, and they are doing quite well and working on songs hopefully for a full length record.

Dead Rhetoric: Do you have any special memories surrounding some of the video work you’ve done with Accept and U.D.O. through the years? A lot of people in my generation have very specific memories upon seeing “Balls to the Wall” and “Midnight Mover” for instance on MTV Headbangers’ Ball…

Udo: Especially for “Midnight Mover,” that was something else. You can get really dizzy when you look at this video. The guy who directed that video (Zbigniew Rybczynski), he came from Poland. In a way he was doing things that would come up later on in the movie business with The Matrix you know. He did a lot of crazy videos, and he has received many art awards in America for this particular style of shooting videos. With U.D.O. I like very much the video we did for “Mean Streets” from the Mission No. X album, where I hit myself and there was a lot of action going on. I also like the video for “Wrong Side of Midnight,” that’s another cool one.

Dead Rhetoric: I also enjoy the video from the last album for “I Give As Good As I Get,” the stark quality with you just singing into the camera reminds me a lot of “Nothing Compares To You” by Sinead O’Connor…

Udo: The guys agreed we need to do the video like that, everybody liked it.

Dead Rhetoric: How do you feel the band has adapted to the internet world, with video work now primarily being seen on YouTube, and people wanting to keep in touch with the band through social media sites like Twitter and Facebook?

Udo: There’s a whole new world out there. On the one hand, you can spread news very quickly and you can promote stuff very quickly, which I like. The only bad thing especially for new bands is all the downloading. The album sales are going down so it’s very hard for these new bands to make a living at music. We are quite lucky, we can make a living off touring live and merchandising, and of course, I have a huge back catalog of material.

Dead Rhetoric: A lot of metal musicians are diversifying their interests into alcohol/ wine related ventures- would that ever interest you or are you more comfortable concentrating on the music business?

Udo: I am not a monk [laughs]. We had some fun in the old days, and we would occasionally have a party, but I never got into drugs. I have never had an alcohol problem. I want to live as long as I can. Sometimes I ask myself why other people are doing this, taking all these drugs and shortening their lives. It destroys your whole body. Maybe it’s the pressure of the business, but I never faced this. Accept was not known as a party band – we would always focus on what we could do better on stage and in the studio.

Dead Rhetoric: What does the year 2013 look like for U.D.O. as far as touring?

Udo: We will do a lot of festivals over the summer and then we will do a headlining tour in Europe. We will then go to South America, and we are already talking to coming back to the states and Canada- hit the areas we haven’t been to on this swing. 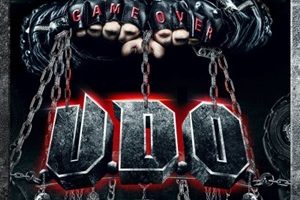 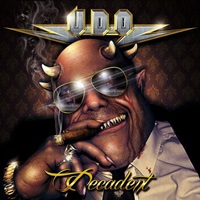