The Ocean – Blame It On God 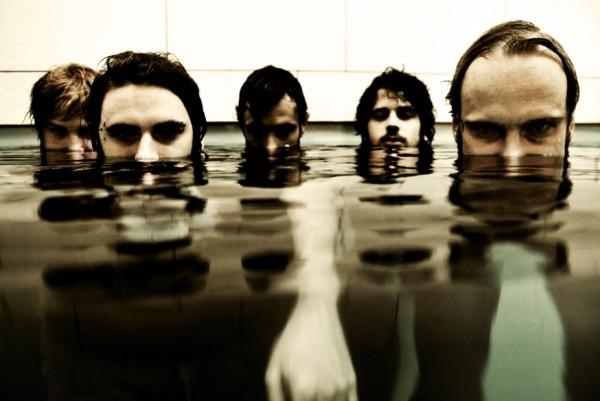 Darn right it is, Mr. Staps. Bashing God and his pals is one of those timeless metal conventions that any slouch can do. Blame Venom (who were about as insincere as they come) for this, not Mercyful Fate. Slag Deicide (who is more a sideshow than anything), not Akercocke or Watain. Those who can provide proper ammunition against Christianity typically come across with an air of intelligence and wit; those who can’t are easily spotted and are probably phonies.

Entering into the debate is emerging German metallers The Ocean, who are following up their monumental Precambrian from 2007 with the equally-as-challenging Heliocentric. A philosophical concept album over the creation of Christianity and its role in the orbits, The Ocean’s fourth proper full-length capitalizes on the stewardship and class the band spewed forth with Precambrian and 2006’s Aeolian. Their sound is as expansive and colossal as Isis and Neurosis, forged with a degree of depth and monolithic atmospheres that place them right at the forefront of the post-metal movement. And with a new singer (Loic Rosseti) adding a new clean vocal dimension, Heliocentric could emerge as the band’s most divisive, yet challenging effort to date.

We caught up with guitarist/mainman/primary songwriter Staps to wax on the new album, their breakthrough success with Precambrian, tossing in some good ‘ole religious debate to boot…

Blistering.com: Obviously, Precambrian was your watershed moment. Considering the immense amount of work that went into it, can you safely say that it was all worth it?

Robin Staps: Absolutely. Precambrian brought us forward a lot; it was the first album that really got us attention on a global scale. Musically, the album was really important for me personally, as it indicated already the direction of things to come with this band, although most people may not have realized that at the time being. Precambrian was a monster with enormous song structures, something we have stepped away from a little bit now. It was the record with which I tried everything that I could see on my musical horizon, and the record that made me realize that there are no limits other than the ones you set for yourself. This experience made Heliocentric songs like “Ptolemy Was Wrong” and “Epiphany” possible. You can never be 100% content I guess, there will always be certain aspects where you wish you had done them better or paid more attention to them when you look back at it with some distance… but it’s all criticism at a high level. Overall I’m still very happy with this record, more than anything I’ve done before. It was a great challenge to make this album and a time in my life I will always remember.

Blistering.com: You released the album with elaborate artwork and special packaging right around the time downloading started to take off. Does that disappoint you? Do you feel people (who downloaded the album) missed out on the entire experience with Precambrian?

Staps: You can’t avoid it. Once it’s out there, people will go grab it. If they do go grab it and like it and then realize there is a really awesome packaging and then go out and buy a physical later, that’s fine with me. I’m not sure how many people do that actually but I think most people understand that it’s important to support a band by buying their records. But from a band or label’s perspective, you gotta give people a reason to do that: no one wants shitty jewel case packaging anymore, there’s no point. That’s one of the reasons why we’ve always tried to offer lavish packaging: to reward our loyal fans who buy our albums with something truly unique and special. Another reason is that I believe the visual presentation of a band is very important (albeit second to the music, of course). We’re offering something holistic, or at least we’re trying to: the music, the live visuals, the artwork, the packaging, the lighting… it’s all part of a big whole, and in order to truly appreciate what we do one should take all these things into account.

Blistering.com: Some view the Ocean as more than a typical band (or “Collective”), and being that you are the founder and primary songwriter, is it safe to say the band is all-consuming?

Staps: Every moment of my life is somehow related to music and to this band. As for what the collective is concerned, The Ocean has transformed from a collective of ever-changing members into a band. This has come naturally, as I have finally found the right people, the ones I have been looking for for many years. The current line-up has been consistent for about two years now. We have toured around the world together (more than 130 shows in 2008 alone), spent months in a nutshell van infested with the smell of farts, feet and rotten food… this has been really intense, we all know each other very well and we are good friends that stick together. This is the strongest line-up this band has ever had, and I dearly hope it will last… well being aware of the fact that priorities change in everyone’s lives as we grow older, and any band constellation usually only works for a limited time. We will try to make the most of what we have now, while we have it…

Blistering.com: In between new releases, you managed to re-record Fluxion. So, how did you manage to write enough material for two albums while re-recording Fluxion?

Staps: We only re-recorded the vocals for Fluxion and then remixed and remastered it. I have never suffered from a shortage of musical ideas… it doesn’t take me so much to write an album. Usually I write too much and then it all needs to come out as a double album because of the sheer amount of material. The songs for this new album have been written within a fairly short time-frame of about three weeks in the summer of 2008 (the recording process took us six months again). When the last of those 10 songs was written, I knew immediately that I wanted this to be released as it was, as one album. It seemed really compact and coherent and I did not want to add anything.

At the same time, there were some older song ideas that didn’t really fit onto this album, and also some songs that our other guitarist Jona [Nido] had written – great tracks, but they didn’t really fit together with the rest of theHeliocentric material. That’s when it became clear that we were gonna do two albums again. Another reason is the concept behind it: it is such a large subject that it would be impossible to tackle everything within the constraints of one single album, even with two, it’s difficult. You have to focus on certain aspects and that essentially means leaving out a ton of other stuff.