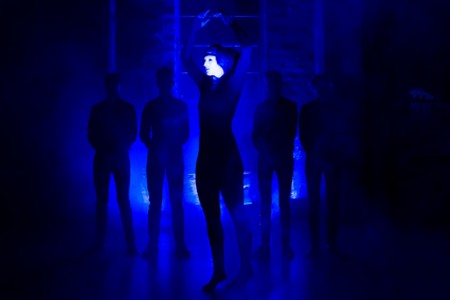 Dead Rhetoric: Fia’s vocal range is massive and expansive beyond conventional metal textures. Did this open up possibilities lyrically and in terms of melodies/phrasing throughout the album – especially on songs like “The Aging Man” and “A Discordant Call”?

Kempe: Wow, thank you so much. I’ve always had quite a big vocal range, and singing through my whole life through choirs to soul, funk, pop, and rock. I’ve dealt with most of the different genres out there, so I wanted this record and The Great Discord’s music to be with a focus on the song. Especially in the sense of it being all clean singing, except for one part in “Self Alta” which is growling that my brother does. It was important in my development in music to bring the full intention to the songs. I felt such a great freedom in writing these types of melodies where you can really pick it all out. For example “Woes” which is a really slow and soft song, trying to get the feeling of sadness and loneliness where you can almost barely hear what you are singing to as you named “A Discordant Call” which is one of the most powerful songs, where near the end you have the cluster singing 5 or 6 different harmonies on top of each other. For me it has been a blast, just developing my own voice for my own singing, to be able to write these kind of melodies. I enjoy this grandiose singing, for example with a lot of different progressive rock bands where they focus on the lyrics.

Dead Rhetoric: How did your deal with Metal Blade come about?

Kempe: That’s been a blast as well. We are glad that they took us under their wings. We were a bit worried and excited how the Metal Blade crowd would react to this kind of music. They have a true fan base, the true metal guys and girls who enjoy Cannibal Corpse, Goatwhore, and bands like that and we know that we stick out from that. It has been quite a polarizing effect of the fans, some people really latched onto it and we’ve gotten compliments- while some people really hate it, and can’t get over the clean singing. They don’t like it at all, and I understand that- but that is something that we take as a positive I guess because we are trying to stir up some emotions with our songs. Anger and hate are also emotions that are out there more than ever, and it gives people something to talk about.

Dead Rhetoric: What defines progressive metal these days? Because the genre appears ever evolving and far reaching in comparison to the 80’s and early 90’s?

Holmgren: There was this progressive metal revival a couple of years ago, a few years ago when a million and one djent bands started popping up everywhere. Bands started incorporating Meshuggah style riffs in their songs, some bands started putting pop elements into it and making it slightly more commercial. But other bands like Periphery, TesseracT, or Monuments, there is a lot of high quality bands out there doing this new type of mix between the intricate, modern metal grit to it as opposed to the 80’s style which was still very progressive rock influenced. If you compare it to today’s prog metal, I love the new stuff, Devin Townsend and bands like that. I think it’s very healthy for bands to incorporate new things into an already established quirkiness of prog. That would be the biggest difference for me.

Dead Rhetoric: How much importance does the band place on visual and image elements when it comes to conveying The Great Discord?

Holmgren: The music always comes first. We have always started everything with that, the whole point of having this extra visual element is to reinforce the theme and feeling of the music. It’s a very effective medium worth exploring if you are interested in that type of stuff. It is there, very useable and if done correctly it only adds things to the presentation and doesn’t detract. It gives another level of appreciation. In the end a band can really benefit if it has the type of music that begs for theatricality or cinematic elements, it only adds to the flavor to reinforce things.

Kempe: We always look at it as the visual parts lift up the musical parts. These 10 songs when looking back at it, we think of them as 10 small short stories with different emotional states or psychiatric conditions. The visual aspects with me being the stage entity, you don’t know whether it is supposed to be good or bad, or evil or kind, it represents all these different themes and a channel out to the lyrics to lift up this whole musical experience. It also helps me a lot personally on stage to get into the character and feel like acting, it makes it easier to bring the feeling to the singing or music.

Dead Rhetoric: Given the thousands of ways people can entertain themselves these days, where does the band hope to gain long range impact with your audience? At this point, does quality matter more than quantity in terms of the fan base?

Holmgren: For us I think it’s important to gain some sort of quality or passionate fan base that allows for longevity in what we do. The music itself is not something you would listen to a couple of times, think it’s good and move onto the next thing. It’s supposed to be something that you get to explore a lot of times and really latch onto in terms of everything it is. Our goal has always been when we release something or when we write, it always has a sense of making sure it’s high quality and it doesn’t just push things for the sake of a short attention span. Maybe it’s not as immediate as some other bands, but in the long run I think we have everything to gain with quality over quantity in that sense of the word. Also of course being present in social media, that’s just the way it is.

Dead Rhetoric: What band(s) or shows that you’ve seen through your lifetime made a stunning impression upon you – for the good or the bad? And please tell me Fia about your love for the UK progressive rock band It Bites?

Holmgren: One of my favorite concerts I’ve ever been to was The Dillinger Escape Plan, it was in 2007 when they just released the Ire Works album and they came through our home town playing this really small venue. It was packed, sold out weeks before. If you have ever been to see them, you know what they are all about when they play live. They have this amazing ability to make every venue into this complete chaos, aggression, but still extremely powerful. It just left me at a loss for words. When that show was over I was completely shaken to my musical core- both because they are amazing musicians but also the whole musical vibe they brought when they stepped on stage – it was 159%. I am not surprised that they usually break their ribs and shins and hands because it’s genuine. It’s this amazing antithesis to mainstream music nowadays, that was one of my most powerful.

Kempe: I was at that concert as well and it was very impressive. One other great concert for me was to see Steve Hackett when he did Genesis Revisited, in Stockholm a few years ago. I didn’t live through the 60’s and 70’s but I got the feeling of what it must have been like to live through a Genesis concert- the musicians were amazingly talented. Great singing and performances, so lucky to hear the good old Genesis songs brought to life again.

Otherwise, It Bites. I was introduced to that band early on by my father, who is a big progressive rock fan. He bought me the Once Around the World album, and he did go to an It Bites cover concert when I was 5 or 6 years old. I was standing close to the stage, amazed by the music. I listened to the other albums as well, the love for it… this amazing carnival of music. Quirky singing, amazing arrangements, melodic, the hunt between the guitar and keyboards, the solos are almost chasing each other. I can listen to it yet to this day and feel like I am experiencing something new about it. The lyrics match the musical experience. Francis Dunnery, the guitarist/ singer of It Bites, is one of my absolute favorite artists. I’ve followed him through the breakup of It Bites and his solo career, I think he is super talented.

Dead Rhetoric: Have you already started on follow up ideas – and do you feel like The Great Discord will be a band that evolves from album to album as you gain more experience, comfort, and chemistry between each other?

Holmgren: We have plans to take this record on the road as soon as possible. We have some initial, more concrete plans in the UK and the rest of Europe by the end of summer and early fall. Hopefully we will be on some more support slots initially, eventually in 2016 we would hope to set our aims towards the states and play there. We have some initial talks with some people and they are looking good, but we don’t have set dates yet.

Kempe: We want to get out there and show ourselves to the world, bring The Great Discord to the people.

Holmgren: We have ideas regarding what we are going to do next musically in terms of another album. We are going to evolve on what we are doing right now because when we started this we’ve explored so much we know what we are about. We can hone in better on certain things quicker, we might be able to give a more focused album the next time. We have plans to make it more thematic in terms of coherence. 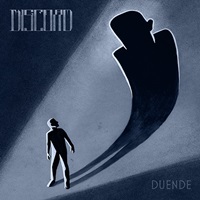