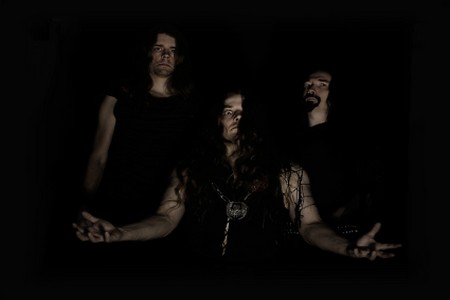 Sometimes the key factor towards success as a death metal band is to make sure your band has an identity that separates itself from the pack. Bands consistently use the topics of death, gore, and destruction – for vaild purpose of course, but it doesn’t really help to individualize your sound. Germany’s Sulphur Aeon has had no trouble finding their own niche. Using Lovecraftian themes and a quickly identifiable oceanic vibe to the cover art, Sulphur Aeon has nicely settled in.

The band’s latest release, Gateways to the Antisphere, continues everything the band is known for. First, check out the eye-candy artwork that Ola Larsson has designed for the band. The music comes in oppressively heavy, yet the way they build atmosphere into the songs is often breathtaking. It’s a rare knack to be able to merge the dynamics of mood within the death metal framework in the way that Sulphur Aeon does. With this in mind, we sent guitarist/bassist T. some questions via email to hear what the band is up to currently, the skinny on their ocean and Lovecraftian vibes, and their killer logo.

Dead Rhetoric: Considering the high praise with a lot of album of the month accolades in major European metal magazines, do you feel added pressure to top yourselves album to album – or is this self-driven?

T.: I wouldn´t describe it as pressure. It´s more like a permanent challenge, to write and arrange stuff that thrills us as a band. That´s the force that keeps Sulphur Aeon going…of course it feels great when your stuff is appreciated but it´s not our aim to please as many listeners as possible. As long as we fell 100% satisfied with the material, all is fine.

Dead Rhetoric: Gateway to the Antisphere is your second album. How did the songwriting approach differ this time around?

T.: It didn´t differ…the way the songs come to life is always the same. Starting from one single riff or melody that really hooks me up, I just let ideas flow and in a way “explore” what the songs demands to be complete. It´s more about finding these special parts that takes most of the time for I´m very picky and sometimes there are no good ideas for months.

Dead Rhetoric: What do you consider the strengths of Sulphur Aeon as far as musicians and your death metal craft?

T.: That´s a tough one for I´m not the type of guy who likes “praising” his own work. We haven´t invented anything new, as our influences clearly show through. Maybe we combine stuff in a different way and don´t follow any rules. My focus in songwriting lies on creating an atmosphere and for that I use whatever the song demands, and I want to create memorable songs, like on the classic albums. When the first riff starts, you know what band and which song it is. So I would say our strength is just the songwriting, combined with M.´s unpredictable vocal style, D.´s insane drumwork and of course also the sound we choose.

Dead Rhetoric: Many bands use Lovecraft as an influence, yet Sulphur Aeon is often viewed as one of the most authentic in tone. What’s the band’s take on how the Lovecraftian influences enter the sound of Sulphur Aeon?

T.: I guess since the Lovecraftian cosmos entered our music with one song on the demo, it subconsciously more and more flew into the songwriting. As I mentioned, the main aspect of Sulphur Aeon is to create a certain atmosphere, a dark and sinister feeling. I guess it´s again just the combination of elements including the artwork, which is also an important part.

Dead Rhetoric: What are some of your favorite works of H.P. Lovecraft?

T.: It will be no surprise that one of my absolute faves is “The Call of Cthulhu”, but of course I´m also a huge fan of stuff like “At the Mountains of Madness”, “Shadows Over Innsmouth” and tons of his shorter works. To be honest I haven´t read any stuff from Lovecraft that isn´t at least good!

Dead Rhetoric: There’s also an oceanic theme that runs through Sulphur Aeon. What draws you to the deep of the ocean?

T.: The depths of the oceans are just so fascinating for they are still nearly unexplored, in a way like a universe of its own. The deep-sea creatures with their bizarre appearance, the total absence of light, besides some bioluminescence to attract prey. The sea inherits the biggest and also strangest animals, this in a way has a little alien-like touch.

Dead Rhetoric: You’ve previously worked with Ola Larsson on your cover art. How much direction did you give him on the cover of Gateway to the Antisphere?

T.: Ola did an amazing job again. We wrote him a very detailed e-mail, explaining what we wanted him to visualize. From that on it was an exchange of ideas, starting with the first sketch and more and more becoming the final version you can see now.

Dead Rhetoric: Sulphur Aeon’s logo has a distinctive old-school flair to it. How important is the structure of the logo nowadays?

T.: For me a logo is of major importance when it comes to presenting a band, it´s like a sigil. There are bands that I got attracted to only by seeing their logo, so I searched for their stuff. A logo for me is for example much more important than a band photo. A logo has to look great, it has to be like a kind of picture…not just a collection of letters. Personally I even like stuff that is not even readable, it just has to impress me.

Dead Rhetoric: The band was steering away from touring for a while. What made you change your minds about playing live?

T.: We are still (and will never be) a touring band. In the beginning it was never planned to play live, we´re only a 3-piece and that would not work live with the stuff we play. But there seemed to be a growing demand to see us live, so we built up a live line-up and it turned out to work really great. There were even some people who told me, that we sound better on stage than on our recordings. But we will stick to our philosophy of only playing selected shows. We don´t consider playing live as a promotion tool, it´s just about celebrating our music with people who are into our stuff.

Dead Rhetoric: Germany has long been known for its power/traditional metal scene. Do you feel that there’s been a shift where more death metal is now being recognized?

T.: Absolutely yes! Sure there are still lots of traditional metal bands here, but the German death and black-metal scene spew out some real diamonds during the last years. Bands that have created a distinctive style and are acknowledged internationally.

Dead Rhetoric: What can we expect to see from Sulphur Aeon for the rest of 2015?

T.: There are no big plans…so far we have confirmed 2 shows. We´ll just see what the future holds in store. 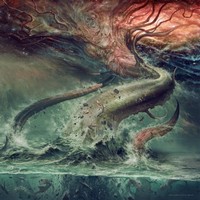