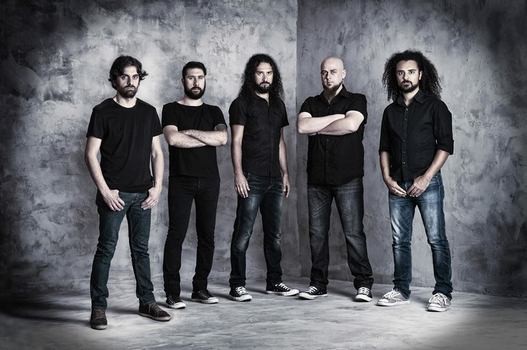 Longstanding melodic death act Subliminal Fear may take time between their releases, but you know that you are going to get some quality material in the end. Escape from Leviathan is their most recent effort, which sees the band spreading their wings into new and exciting waters. While there’s still a melodic death “tag” that can go along with the band, they have a modern feel, and have used industrial and synth edges to veer away from what everyone else is up to.

It’s also a star-studded affair, with three guest vocal appearances – a clear sign the band wanted to push themselves further with their newest album. Rounding things out is some excellent art from Seth Siro Anton, sure to catch your eye. DR was able to catch up with vocalist Carmine Cristallo and bassist Alessio Morella, who filled us in on all things above, as well as cover songs, touring, and more.

Dead Rhetoric: Now that the album has been released, how has the response been to it?

Carmine Cristallo: Hello, it’s a very pleasure to be here and to talk about our new album… it’s great to share this work with you all.

Alessio Morella: At the moment we are satisfied of the response and the CD sales. We are enjoying widespread appreciation, but there’s still much to do.

Dead Rhetoric: How would you describe the approach that the band has taken with Escape from Leviathan?

Cristallo: I think the approach of the band is been totally different from past years. The songwriting process of Escape from Leviathan started in the beginning of 2014 and it has been quite long because we decided to evolve our sound in something new and modern. When we started to talk about a new album and I was back in the band, we felt many things had changed with new musical experiences and also many new influences that we wanted to include in our music. We needed to involve our sound in something personal and we worked hard on this. The new album presents modern metal with many influences. Really I don’t like to catalog the music but of course it’s helpful to make understand and describe it to new fans. For me it’s a perfect mix between melodic and extreme metal and also it shows groove-oriented parts and industrial sounds. I think it can be appreciated by all people that love mixtures in music.

Dead Rhetoric: It’s been four years since your last album. Were there any difficulties that you had in getting the album completed or was it more ‘life getting in the way’ for the most part?

Morella: In our case, we were waiting for a very long time. We’ve been so anxious to come back to live music. This was the difficult part: take our time with no worry.

Dead Rhetoric: What made you decide to go to having two vocalists?

Cristallo: We chose this solution all together, because we were thinking it could be also a good way to propose our new songs in a live gig. The two voices complete themselves each other very well and Matteo [De Bellis] is a great screamer with experience and good skills. For sure, it has been a good choice to grow the level of the band.

Dead Rhetoric: You also found a new drummer, Ruggiero Lanotte. What do you feel that he brings to the table?

Morella: Ruggiero is coming from a different music style. I admit that, in his shoes, maybe I would not be able to turn my musical schemes in a new way. On the contrary, he’s working so hard, giving us the desire to play better and better.

Cristallo: He brings experience and stability in the line up, we are very happy to have him in the band!

Dead Rhetoric: How would you describe the evolution of the band over the years?

Cristallo: Yeah, it’s something that we wanted strongly. If you listen the previous albums you can notice many differences. We needed to change our musical direction because we didn’t recognize anymore in the standard cliché of melodic death metal in the way we played in the past. If I look into the past years, when we started this project, I realize how many things they are changed in our musical tastes and the way to write songs. I think it’s a natural process. Then the band had some line-up changes and we defined many new lines about to write the songs and about style of music. I think the new album has a very clear defined personality and this is for a good stability and band’s new skills.

Dead Rhetoric: You have a few high-profile guest spots on the album, how did you get ahold of some of these vocalists?

Cristallo: Yeah, I have to admit that we putted on a great family in this album! It is been so natural; we are very honored for their collaboration. We asked to them if they wanted to participate like guests in some tracks of the new album.

We are very satisfied about the results and for the quality of their parts. Guillaume Bideau (Mnemic and One-way Mirror) is on the song called “Phantoms or Drones,” Jon Howard (Threat Signal) is on “Evilution” and Lawrence Mackrory (Darkane) on “All Meanings They’ve Torn.”

Dead Rhetoric: Is there one of the guest vocalist spots that you felt came out particularly well?

Morella: It depends. In my opinion, all the guests made a great work, giving to EFL a new sound. They brought us up to a higher level, musically and professionally speaking.

Dead Rhetoric: How did you end up deciding up doing a cover of Talk Talk’s “Living in Another World?”

Cristallo: We wanted to re-arrange a ’80 pop song because we always loved that music and also we are attracted by difficult challenges! We chose this song cause I liked the lyrics too, not just the music. The lyrics go along with the concept of the album, with a sci-fi interpretation I mean. Musically we did a great job – we wanted this song between others and without showing that it was a cover version of another band and from another kind of music. It’s easier to re arrange a metal song from Iron Maiden or Black Sabbath but we wanted something more.

Dead Rhetoric: Do you feel that it’s more effective for metal bands to cover non-metal songs?

Morella: I don’t think so. You can do a good work with metal or non-metal songs. “Living in another world” has been a real challenge for us. I’m very proud of the result.

Dead Rhetoric: What can you say about the album’s cover, which was done by Seth Siro Anton?

Morella: The first time I saw the “big face” I was really impressed. It combined expressive strength with a sense of human decay. It was perfect for the concept of the album.

Dead Rhetoric: How did the deal come about with Inverse Records?

Cristallo: Well, we were searching an international label with a good experience. Really we looked to our past mistakes and we thought very good to choose our new partner, cause we wanted to improve the name of the band out of Italy too. I have to say, Inverse Records is doing a really good job!

Dead Rhetoric: What’s next for Subliminal Fear as we continue through the summer?

Morella: At the moment we “need” to play live shows. We want to enjoy good gigs for you and for us.

Cristallo: Yeah, we will be in some summer festivals in Italy, then we will plan other dates maybe some also out of our country! It’s been a pleasure to talk with you all. Stay Metal! 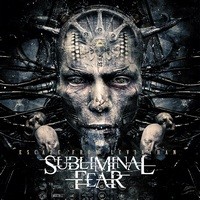