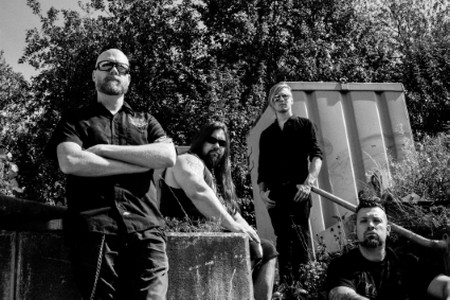 Dead Rhetoric: Were you surprised at some of the griping on your Facebook page in regards to the released tracks and the production?

Stefanovic: We actually knew that [would happen] from the beginning. We only do what we like, and we only do what we feel good about. If we were to sit down and write/mix them the way that people want them to be heard, then it’s not our project anymore. We are just a bunch of guys who enjoy what we are doing. We get a kick out of the music that we do, and we just have a lot of fun together. That has to be the starting point in all of this – that we enjoy and we are satisfied with what we produce and present to the people. When people respond to the material with the same sort of excitement, that’s the best reward you can possibly think of. But regardless of that, the first thing is for our own pleasure and to fulfill our own creative needs.

We knew that some people would complain and we actually discussed it while we mixed and when we released it we said “now we will see who responds.” We knew comments like “the vocals are too low” would come but you can’t please them all. Some called the riffs djent – then it is! I don’t see the music as djent, I can tell a lot of different influences within the record. There are a lot of one-string riffs throughout both albums but it is not at all like a typical djent or Meshuggah band, although you might get a feeling of that direction. You have all these other aspects and elements that sort of counter the djent feeling so I have no problem with some saying that there are djent riffs. If they hear it that way, then so be it as long as we are happy and it works for us. It can be called whatever you want to call it [laughs]. There’s no right or wrong as well; there’s no one single truth that this is the way it should be. You hear comments like “you can do some much better,” and that is hilarious because this is the best we thought we could do at the moment and we are just enjoying what we have done. If someone prefers something else, it’s totally fine. We are not dependent about that. But we love when people enjoy the music, and luckily for us, we have a great audience that actually appreciates what we are doing.

If someone wants to know, I actually love the djent sound. The music has to evolve in some direction, and I feel that it has enriched my musical view. I don’t want to do djent polyrhythms all the time and don’t want to be a Meshuggah band, but I love the small hints to different genres that I like. We make our sound out of the things that you hear.

Dead Rhetoric: Can we expect any new material from Miseration now that Solution .45 is back up and running?

Stefanovic: Not at the moment. Miseration is still on the map, we have not buried the band at all. But I had my first daughter, and Christian had his first son two months ago. As I said before, unfortunately, the music we do is not our livelihood. Solution .45 is our main band and the one that should be seen as the one that tries to make it out to the stage. Nothing is closed, and it might be possible that a new album would come around with Miseration, but nothing that is planned at the moment.

Dead Rhetoric: With yourself and Christian starting families, is it safe to assume that Solution .45 isn’t going to become a touring juggernaut anytime soon? Are there any plans for live shows currently?

Stefanovic: We always wanted it to be something bigger. If we could get the opportunity to tour, or if it could grow into something really big, we never opposed that. Right now, we are in negotiations with a couple of booking agencies and ready to finalize the right partner to work with. We won’t be able to play anything live before the album’s release, with Christian’s son only being about 2 months old but we will definitely try to get a few festivals for next summer and we are looking for something within the release of Part II. Our hope is to get something serious going on in both in Europe as well as the States. We would love to come and play over there. We’ve never stated that we don’t want to play, but it’s been the other way around. We need good offers so that we can play more, then we would definitely do so – let’s hope for the best.

Dead Rhetoric: It seems strange to mention when Part I isn’t even out yet, but what can fans expect from Part II?

Stefanovic: When you have both Part I and Part II in your hands, you will find out that it’s actually one big album that has just been divided into two separate releases. It sounds the same, the mixing and everything. You cannot expect higher vocals on the next one and the exact same guitar sound. If you like what you hear on Part I, you will probably get more of that on the second one. We tried to divide the songs so that they would work equally as an independent release, and they have to be equally exciting. You can’t have Part I being really good and then the B-sides on Part II. We tried to separate so that both albums are equally strong. Those who enjoy this will definitely enjoy Part II as it’s a continuance of that.

Dead Rhetoric: Any plans for the band between now and the release of Part II?

Stefanovic: Right now we are heading over to Sweden in three weeks to shoot two videos with Patric Ullaeus, who has done videos for In Flames, Arch Enemy, Children of Bodom, and other big names. We are shooting one video for each album. We had some time issues, so we couldn’t get the first video done for the release of Part I so it will be released a bit later. It will be the main video – the lyric video that we released was just for a taste to get the buzz going. The actual band video will be shot in December. We will be shooting both videos at the same time, with one for Part II. That’s what is planned in the pipeline, otherwise we will be waiting for negotiations to be solidified for touring and those aspects. We’ll see what the future holds for us. But we are excited, we can’t wait for people to hear the album. 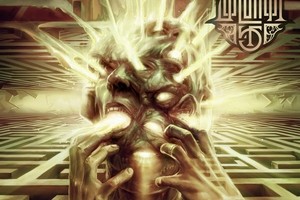