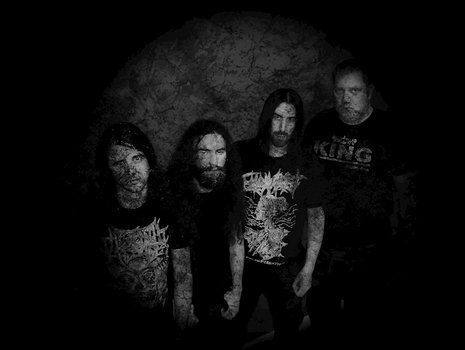 Dead Rhetoric: What do you consider success when it comes to Solium Fatalis as far as your aspirations and goals for the group?

Gregory: Reaching a bigger audience is really what I’m marking it as. I just want people to give us a chance and listen to us. I don’t really give a fuck about money, and endorsements. I had one associate that all they seemed to care about was the next batch of free gear they were going to get, and that’s hollow. I’d rather create music worth listening to, that stands the test of time, and fans of this genre can get into. Sure it’s nice having good equipment and shit, but that doesn’t write songs does it?

Songwriting is so much more important than a lot of people give it credit for. It also requires you to look within and be introspective and honest about who you really are and where you are going as a writer and performer. So our goals are always to put on excellent performances and write the best music we can. Regardless of gimmicks. For those that don’t believe me about gimmicks being a fleeting silly thing, go look at commercials from the 50’s for Geritol. You’re essentially fulfilling a Billy Mays thing. Instead take your lazy ass and go write some goddamn good music.

Dead Rhetoric: What is the outlook and philosophy for Solium Fatalis when it comes to your live performances? And what have been some of the most memorable shows in the band’s career – moments that will stand out for a lifetime?

Gregory: We strive to be as intense and tight as possible live. No frills, hammer down the nails visceral live band. We crank the shit so loud we want to shake people’s fillings loose. Saint Vitus Brooklyn the first time we played there, Stone Church Brattleboro Vermont and Piranha Bar Montreal were awesome for us and there weren’t even huge crowds but the crowds that were there definitely cared and were on a voyage with us and we felt it. That intensity is not ever going to be recreated in the studio or anywhere else on a YouTube video, you have to experience it live.

Dead Rhetoric: Do you believe the state of the metal scene is better or worse than when you originally discovered this genre? If you had unlimited time, money, and resources to change things, what aspects would you change and why?

Gregory: It’s better for me because there’s more music and it’s more available to me in terms of listening to it and going to shows. The only thing I would get rid of is Spotify. It’s great for the common fans but fucking hell it’s gutting bands. That shit means less than nothing to us, we get pennies from that, and people should realize that digital media quality is suspect. CD’s and Vinyl are still a better quality way to listen to music and you lose something in that streaming shit, there’s no power to it and I believe the essence of the band is lost on that stale medium.

Dead Rhetoric: What does extreme metal mean to you personally? Can you describe a specific time or two where this music has been able to help you through difficult or challenging/trying times?

Gregory: That’s not a simple question to answer so I’m going to apologize in advance for being verbose. Growing up I didn’t have much of an identity and the place I grew up a lot of people were pulling me in different directions, to play sports, or be a part of some clique or group. I just wasn’t ever happy with that. I had a friend of mine introduce me to guitar playing and metal bands and suddenly things just made sense. We all have problems and I certainly wouldn’t discount anyone who has had any trying times and I’ve certainly had plenty of my own.

I can think of two specific times growing up when listening to music and metal and playing guitar pulled me out of a slump. The first was when I was 18 years old and I just didn’t have a direction and I was listening to Paradise Lost’s Draconian Times a lot. The lyrics and those great songs had a real impact on me. Looking back, I realize I just didn’t have the tools to deal with issues I’d been dealing with but when you’re living in the vacuum that is Iowa you don’t see what’s in front of you and it looked like there was no way out of the void. So that album was huge.

Also for when I was pissed off Metallica’s …And Justice For All was a huge go to for me, Napalm Death, Bolt Thrower, and the funny thing about Metallica is that to this day that album is the only one of theirs that I really like. The rest for me just don’t do it. But Death Angel, Testament, Iced Earth, Judas Priest, Iron Maiden, Entombed, In Flames, Dark Tranquillity, My Dying Bride, I can name a million bands that I just loved and many I still love to this day that their music inspired me, and let my mind move into directions that without their music it wouldn’t have ever gone so I care very deeply about that music and what it did for me.

The latest example of when music has helped me with a trying time was when my mother had a stroke. I very much thought we had lost her. I remember driving in shock from hearing the news back home from work, and Ulver’s Eos came on in the car and that melancholy got me thinking about how none of us are immortal and we are all connected far more than we are divided, it was just a moment in time that gripped me and I’ll certainly never think of Ulver the same again! Incidentally my Mom is okay! Which was great news but those were some dark times.

Dead Rhetoric: Where do you see the importance of friendships when it comes to band activities? Do any of the members share any interesting hobbies or activities away from the music that helps you unwind and refocus?

Gregory: We are certainly all friends that much is for sure. Just last night Jeff Saltzman and I got to see Paradise Lost and he was into it! It was cool to see him trying out a band that I grew up on and has such a huge part of my life in their music. That was really cool to do. Ryan and I always hang out and watch movies and Demarco and the entire band usually in practice hang out and joke around and we have a good time doing it. I think touring for me is the most fun because we bond and get to let loose and learn more about one another and it’s a lot of fun. Ryan and I in particular love horror movies and science fiction, so we have that in common. We all love beer I think so that’s a good one.

But we also have our own lives and things we like to do so we know when it’s time to engage and when it’s time to give each other space. But we are all aware of what one another are doing and in contact constantly so that’s a lot of fun and a lot of communication happens and we all love joking around and being light and low stress so we all have constant contact and that’s a good thing. It’s about as good as you can get with a band situation and minimum static. High speed low drag dude.

Dead Rhetoric: What’s on this horizon for Solium Fatalis over the next year? Do any of the members have any outside endeavors/projects that we can expecting down the line?

Gregory: We have a show October 12th in Brattleboro, Vermont at the Stone Church we are filming for a live CD/DVD release and that’s going to be sick as fuck. Writing new music and touring of course when the opportunity arises. Ryan always has Unflesh churning new music of course, Saltzman does Aversed and Demarco plays the recorder with his farts in his living room when he isn’t busy making pubic sculptures with his hair and semen. † 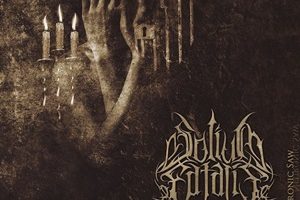