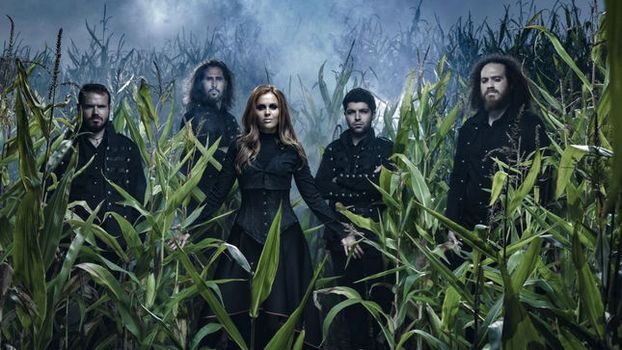 The growing field of symphonic metal is often one that is riddled with clichés and bands content to follow the lead of others instead of choosing their own pathway. But for each band like that, there are others like Italy’s Sleeping Romance. Not content to churn out the same old thing, they have taken the familiar elements of the style and expanded on some to make the music more their own. Their second album, Alba, is proof-positive that with a little tweaking, there’s plenty of space to call your own in your genre of choice.

Alba succeeds because of the level of integration of orchestration into the music and their knack for inserting more driving, melodeath flair into their songs. It lends a more energetic approach to the genre, and is sure to excite anyone with an interest in the genre. We reached out to the band to inquire about their origins, Alba, and the symphonic metal genre itself. Vocalist Federica Lanna, guitarist/composer Federico Truzzi, and bassist Lorenzo Costi were kind enough to respond with their thoughts.

Dead Rhetoric: What caused the name change, back in 2013, from Hybrid Resolution to Sleeping Romance?

Lorenzo Costi: We were looking for a name that was more suitable for the genre, so, on the advice of our past label, we found a name that could better convey the musical idea and the impact we wanted to give to listeners.

Dead Rhetoric: How would you characterize the early days of the band?

Lorenzo Costi: The band was born in Rome, where Federico was studying. When he finished his studies, he decided to replace the components of the band with good musicians that lived near Modena, where he lives now, so he asked Francesco and I to join this project: the songs were very good, so it was quiet easy to start in believing in this kind of musical proposal. One of the most difficult part was to find the right voice, but after some changes, Federica was the right chosen.

Dead Rhetoric: How would you compare Alba to your first album, Enlighten?

Federico Truzzi: These two albums had a different approach in composition and how they came to life. Enlighten needed a really long time before finding its way: I started working on it when I was living in another city with a different concept of what I wanted from this band. Then I started working with Lorenzo and Francesco, and we changed two different singers before meeting Federica and this meant a lot of changes on songs before defining them finished and ready. Alba started from a clear idea and a real concept and each song was born in an easier way: I knew what I was looking for, what each song had to say and how we as musicians had to approach to them. But these two albums are connected by a positive message and they are looking always to the light. Alba is more deep and sometimes is darker, but at the end both are going in one direction: to the light.

Dead Rhetoric: Do you feel that having completed two albums now, you are finding more of your own ground to stand on, from a musical perspective?

Federico Truzzi: Well as music composer it is really hard to say, “We have found our [own] way to make music.” In my experience, and if I have to follow my heart and my head, it is quite impossible to say we have found ourselves in music. Writing music is non-stop research inside of ourself, and outside of the boundaries of “musical genre.” I am really proud of what we have done with Alba because we have expressed what was in our minds and our vision of Alba, but I’m pretty sure next album will be a step up.

Dead Rhetoric: With all of the symphonic metal bands that are out there, what do you feel makes Sleeping Romance stand out?

Federica Lanna: Well that’s pretty hard to say but we just try to make good quality music, regardless of all the stereotypes of this genre. We all have metal music in our backgrounds so it’s something that we have already internalized; but of course we have other sources of inspiration (soundtracks, classical music…) and we try to combine them in order to create something unique. We don’t want to be a copy of any other band, we are Sleeping Romance.

Dead Rhetoric: What are the key components in getting the symphonic/orchestral parts to stand their ground with the more metallic parts?

Federico Truzzi: My approach to write symphonic and orchestral parts in our music is to think everything as a unique part and not as separated parts. Is the same when I write music for orchestra: I don’t think about strings and brass as different parts (it depends on what I’m write, for sure, this is in general way) but as something that has to work for the same goal: the music. In the same way, metal parts and symphonic parts are composed in the same moment. So orchestra becomes a part of the song and the metal parts become part of the orchestra.

Dead Rhetoric: With a more symphonic approach, is the band just as influenced by film scores as metal? If so, which ones come to mind?

Federico Truzzi: My daily job is writing music for videos, movies and commercials, so yes, my music composition is influenced by film scores 🙂 I write metal music in the same way I approach composing a soundtrack: first of all I analyze the story, I try to go deep with feelings, emotions, and the different characteristics of who is in the story and what they are. When everything is really clear in my mind, I start compose music.

For sure I love some of amazing Hollywood composers like Zimmer, Harry-Gregson Williams, John Wlliams and Christopher Young (he was one of my teacher), but in the same time I’m a big fan of Olafur Arnalds, Max Richter, Johann Johannsson and Nils Frham.

Dead Rhetoric: What drew you to Napalm Records for your second album?

Lorenzo Costi: Well, one day an email arrived to our management from Napalm Records, then we started to talk, and we decided to sign for this great label: quiet easy and fast!

Dead Rhetoric: What are the strengths of a symphonic metal band? Are there any weaknesses, and if so, how do you best avoid them?

Federica Lanna: As I mentioned before there are a lot of stereotypes in this kind of music. Great masterpieces have been written in symphonic metal; it’s a really powerful, epic, touching, and involving genre. Anyway, recently I find there’s a lack of bravery, like we don’t want to go too far from our comfort zone, and this is a limit in my opinion. I saw a lot of progressive metal bands trying to make something new and taking the risk (Anathema for examples) and I really admire this choice.

Dead Rhetoric: What are some of the challenges that a younger band faces in trying to get attention from the metal scene today?

Lorenzo Costi: The problem is that there are a lot of bands and, through the Internet, everyone could have his chance to be listened to or not: the numbers are so high compared to some years ago, and if you have a good band, you also have to be very lucky for being noticed by the listeners or a good label.

Dead Rhetoric: You’ll be on tour with Serenity and Visions of Atlantis early next year. Any other plans in the works?

Federica Lanna: We are really focused on touring. We are leaving for the Netherlands in a couple of days and we are really excited to present for the very first time our new album to the audience; we are so glad to join Serenity and all the other bands in February for the “Symphonic Metal Nights” tour! We hope to reach new audience and that our “old” fans would be happy with this new album! We waited so long for this release so now the time has come and we can’t wait! 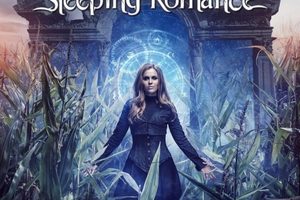