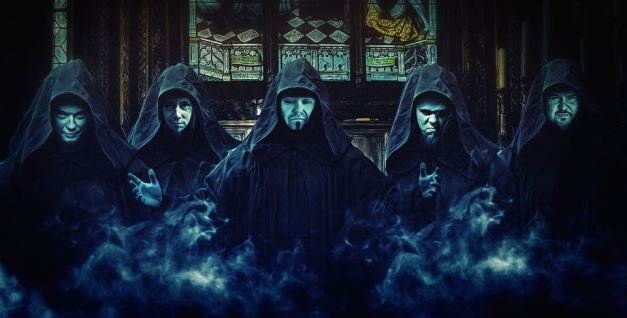 When you think of Finnish power metal, a few specific bands come to mind. Probably the two most famous bands to make an international splash would be Stratovarius and Sonata Arctica. But there are wider sonic outlooks to the genre, including some that take inspiration from a deeper German heritage as is the case for Silver Bullet. This five-piece have released two albums to date – featuring traits more in line with Blind Guardian, Grave Digger, or American bands such as Iced Earth and Queensrÿche due to their twin guitar harmonies, sturdy rhythms, and choir-like melodies – captivating the listener beyond just pure double kick/ upper register arrangements.

Their latest album Mooncult is a conceptual one – transporting the listener back to the late 16th century in a horror-filled tale loosely based on real events in Scotland, just given a bit of a fictional twist. Reaching out to vocalist Nils Nordling for this interview, you’ll learn more about the band’s name change, their two albums and why they felt the need to switch record labels, insight into the concept of Mooncult, plus thoughts on why melodies should be more important in heavy metal.

Dead Rhetoric: Silver Bullet started in 2008 under the name Dirge Eternal. Where do you see the major differences between that old band and how did the transformation take place to become Silver Bullet (as in when did the name change/ style change occur)?

Nils Nordling: For me, it’s clearly the changing of singers. The band itself was in pretty tight shape even back then, but the delivery of the previous singer wasn’t quite enough. I don’t know if it’s much better nowadays, but let’s say that anyway. The band started in 2008 with name Dirge Eternal. I, by the way, hated the name from the beginning and that was one reason more to us for eventually changing the name to Silver Bullet. I must say, that for my opinion there was not much of a change in the music itself or in our way to approach to this whole ‘horror thematic scenery’ in our writing. When it comes to the name Silver Bullet, there was a few good suggestions for a band name, but we wanted it to be easy and memorable.

Dead Rhetoric: Where did the origins of Silver Bullet come from name-wise? Were you already familiar with classic rock singer Bob Seger and his Silver Bullet Band – or the beer Coors that is nicknamed the Silver Bullet?

Nordling: As said above, we wanted the name to be memorable and easy to pronounce. We were quite surprised when we found out that there wasn’t an active band operating with that name. Sure, we knew Bob Seger and his famous band but for us, that was ancient history. We later found out that there was an English rapper with the artist name Silver Bullet too, but he is not active anymore either.

Dead Rhetoric: The band released its debut album Screamworks in 2016 for 7Hard Records. How do you feel about this record, and how was the critical reception/ response from the fans?

Nordling: For me, Screamworks is an album that divides. First of all, most of the compositions, lyrics and melodies were made already and were made for the previous singer, who has a lot narrower register compare to mine. So, I didn’t feel all the songs were quite mine and that was challenging. On the other hand, there are also very good moments in that album. Songs like “Tormentor”, “Slaughterhouse”, “More Than Meets the Eye” and a couple more. Let’s just say that the promotion of that album was so nonexistent that it just didn’t get the response it maybe deserved. The response was all in all mainly positive, but with no promotion of almost any kind, it just disappeared too quickly. I myself hold the previous record company, 7Hard totally responsible for that.

Dead Rhetoric: Can you discuss the band’s unique stage show in support of this record – do you use the works of Alice Cooper, King Diamond, Ghost and so forth as a guide in regards to giving the audience a multi-dimensional audio and visual experience?

Nordling: Yes I can, but I won’t. It’s too early to tell many of the details yet but yes, of course we still want to invest in our show and make it even more interesting for audiences than before. These guys you mentioned, are all surely, influences. More or less. You must keep in mind that all that we create and do is pretty much made through an absolutely zero budget. It’s all home made with a lot of help of many wonderful people.

Dead Rhetoric: How did Reaper Entertainment come into the picture to sign the band for the second album Mooncult? Where do you see the growth or differences in output between this record and your debut?

Nordling: It was a surprisingly simple process. We made a demo of our new material and we sent it to record labels. Just like in the old days. We knew that the material was strong, so it wasn’t a big surprise that we had multiple offers from different labels. We felt that Reaper would be perfect for us. Not too big of a label or not too small either. The problem with the bigger labels is that if you’re a so-called small band, you get lost in the shadows of the bigger bands. I think for us, right now, Reaper is the perfect place to be. The marketing and promoting has been in a whole different level compared to 7Hard, and we are all just working our asses off to put the band up to the next level where it truly belongs.

Dead Rhetoric: What can you tell us regarding the true-life Scotland story that the lyrical content for Mooncult is based upon? How does the work between storyline and musical content develop – are you working hand in hand to make sure everything fits accordingly?

Nordling: Mooncult is a concept album based loosely and superficially on actual events which took place at North Berwick Scotland in 1590. Still, it is mostly pure fiction and a product of my imagination. So, it’s a combination of both. The writing process all in all was indeed arduous. First, we had an idea of making a concept album about witchery. That itself wasn’t enough for me, so I researched the subject deeper and found a lot of interesting stuff and stories. Then, piece by piece the storyline did come together. So, first was the storyline, then came the compositions and finally the lyrics. Ok, this might seem to be an easy process, but I can assure you that it wasn’t. To make everything work perfectly and to create the right soundscape and story-telling as a whole, was a massive job.

Dead Rhetoric: While you describe your style as symphonic heavy metal, overall the tones and output possess more of a classic metal/power/thrash spirit, while using the choir or orchestral/ keyboard passages to enhance the songwriting, and not overpower the proceedings. How would you describe your style and outlook to the readers – and are you very self-critical in terms of what you produce from initial idea gathering to final product?

Nordling: Maybe Hannes would be the right man to answer this since he is the main composer in the band. I would say that Silver Bullet is a mixture of 80’s melodic heavy metal and modern-day US power metal with symphonic metal vibes. When I listen to our songs, I can hear the influences of bands such Judas Priest, Iced Earth, King Diamond, Grave Digger and Blind Guardian. To be honest, I think that we have quite a unique sound compared to most of the metal bands nowadays.

Dead Rhetoric: How do you feel about the status of the band currently? What area(s) do you believe you need to work on to ascend to the next level of establishing Silver Bullet in a very populated metal scene – either within Finland or beyond into the global scene?

Nordling: Of course, we need to work even harder. Although, it doesn’t matter much if you don’t get a chance to play abroad. We need contacts, promoters and an international booking agency so we can spread the word there where people don’t know shit about us. It’s hard, since we’re not something that can be described as a popular, radio-friendly form of metal music…or disco metal if you like.

Dead Rhetoric: What are your thoughts on the diverse and popular output from Finland and heavy metal? Do you believe it’s been a product of the people, the environment, the cold/dark winters, and need to express all these feelings in a productive way that makes heavy metal such a connective, vibrant form of expression that has made a global impact?

Nordling: I don’t know. Yeah, the winters are cold and the darkness is overwhelming and all that blah blah blah. I think that Finland is as diverse in every genre of any kind of music as any other country and continent on this planet.

Dead Rhetoric: What sort of activities, hobbies, or interests do the members of Silver Bullet have outside of music, and can you discuss the balance between work/life/music for the members- do you have the proper help and support from friends, families, and significant others in your endeavors?

Nordling: We like to burn churches and butcher little babies in our spare time. Just kidding. We all have families so there really isn’t time for anything else.

Dead Rhetoric: What would you consider the three most important bands or albums that shaped your outlook on heavy metal? What have been some of your favorite concert memories from a pure fan perspective?

Dead Rhetoric: If you could make any changes in the world of the heavy metal scene – what would you change and why?

Nordling: I would truly like to have melodies back in metal. I’m not much of a fan of this modern type metal or any kind of extreme metal at all. I want the good old days back when singers knew how to sing god damn it!

Dead Rhetoric: What’s next for Silver Bullet over the next twelve months?

Nordling: Hopefully we are on tour abroad! 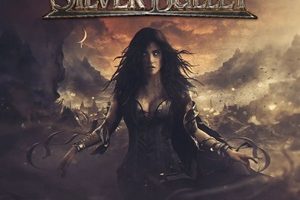 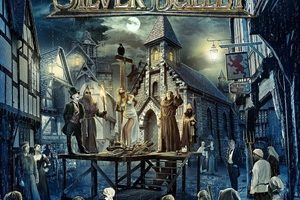