Sifting Through Bandcamp – May 2015

Time surely plays a joke on us once the good weather hits – seems like the April edition of this column just went out, yet here it is at the end of May. As we get the last big “rush” of new releases over the next few weeks until fall hits, why not check out a few new things that have popped out at Bandcamp over the past few months. This month we check out Arsafes, Hero’s Fate, Nocturna, Pangaea, The Dystopian Project, The Raven Autarchy, and Yonder Realm. 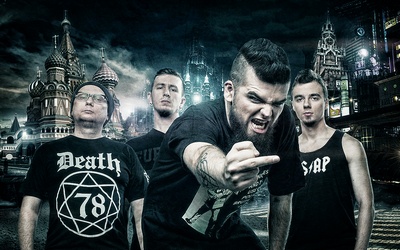 Last year’s Ratocracy was a fine album of industrial-laden metal with certain nods to the chaos of Strapping Young Lad. This year’s Nihilist EP starts with a new track that falls in line with that release before jumping into a number of odd yet entertaining covers. The band’s choice of “Wiggle” in particular is representative of this, with a strange sense of fun and amusingly brought into the band’s sound. All of the covers work, and it’s clear the band took some thought into what they wanted to do with each track, which gives the songs value even if you haven’t heard the original (which will probably be the case, particularly with the two songs that are in Russian). The album closes with an acoustic version of “Species Selector” (from Ratocracy) that completely deviates from the original but makes total sense among the tracks on this album. It’s a nice little tidbit for fans until the new album drops in the fall. 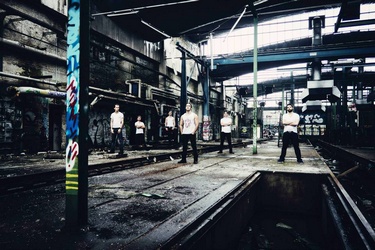 This month’s melodic death metal fix goes to Hero’s Fate, with their second album Human Tides: Cosmos Ex Chaos. The second in their proposed Human Tides trilogy, it’s an easy sell to the melodic death fan. Low and punishing growls, memorable acoustic guitars, sweeping melodies, and subtle keys are all to be expected and joyfully inserted. Melodic tracks like “Eldersky” allow the mind to wander with their sense of atmosphere, and the riffs of “Beyond Horizons” are sure to put a smile on the face of any Insomnium fan. The debut, Black Light Inception, is equally good despite some differences in line-up. Hopefully they’ll be able to finish the trilogy within the near future. 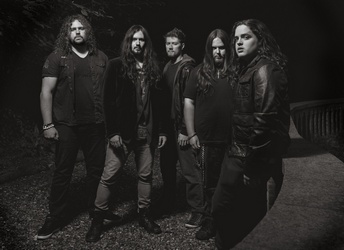 Power/prog that goes towards the heavier end of the spectrum is what you’ll find on Nocturna. How much towards the heavier end? Well, in the band’s closing number (“Cast Assured”), the band breaks out some growls and it doesn’t seem disjointed. The highlight of Lucidity is undoubtedly the soloing that saturates each track. There are symphonic elements that inject their way into the material, along with some very melodic riffing, yet it never goes too far into the “cheese factor” that could be associated with an album of this variety. The vocals also pleasantly avoid this, while going for the soaring highs that are expected. All in all, Nocturna are on to something here, even if it stays within the parameters of the genre. 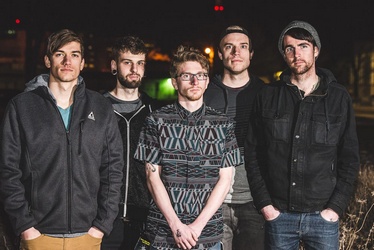 With a number of tracks that start off acoustically, Roots had a different vibe than what was expected from the cover. Half expecting that it would explode into black metal, it was a pleasant surprise to hear some progressive/melodic death metal hitting the speakers. Pangaea uses a variety of tempos (as well a combination of harsh/clean vocals) to engage the listener and the acoustic pieces give off a calm vibe before the band moves forward into heavier territory. The riffing has a modern feel to it, almost feeling like Between the Buried and Me if they decided to start playing melodeath. This is the band’s second EP, and the potential is here. A full length shouldn’t be too far down the line. 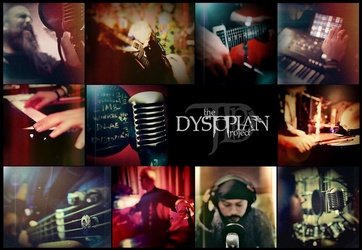 The Dystopian Project is a progressive rock/metal outfit with a knack for great melodies. A bit of Celtic vibe infiltrates their sound as well, giving the band a bit more of an individual identity. A number of the band’s songs on this debut EP are on the more somber side of things (“Last Innocent Man” has an Anathema feel to it) but the first two tracks have more of a symphonic approach. “Broken Reality” and “Delirium” bring a more uptempo and heavier edge, which the band could easily exploit in the future. Yet the longer tracks (“Dystopian” and “Winter’s Hall”) bring new and more emotive moments, with some great acoustic segments. It’s a toss-up as to which the band does better, but each track does feature some great vocal harmonies (male/female) and fans looking for metal on the more melodic end of the spectrum will certainly eat this up. 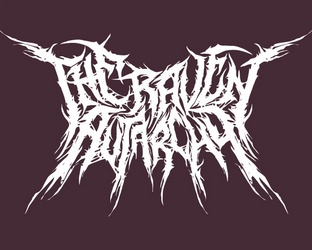 No, it’s not written incorrectly above. The Raven Autarchy play deathcore that pushes in the way of technical riffs and some sublime melodies from time to time (as opposed to just churning out snarling breakdown after breakdown). The riffs are heavy and complex, and yes, when the breakdowns do come, they are rather punishing. The Raven Autarchy tend to stick towards the speedier end (when the breakdowns take a rest), which compliments the riffing style quite nicely. The mid-tempo chugs don’t pull too far outside of the boundaries, but they are more pleasant when surrounded by interesting riffs and the occasional melody (see closer, “The Riddle” for this). Their second album, may it get some more widespread appeal, as it’s leagues above the typical “deathcore” the kids go nuts for. 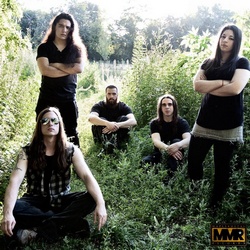 European folk metal by way of New York City? The Old Ways does a good job of capturing the European approach to the genre, championed by bands such as Ensiferum or Eluveitie. The big difference though is that Yonder Realm has a heavier, more metallic approach. Most of the heavy lifting is in fact given to the guitars, pushing the band in a more melodic death direction with the folk elements used as enhancements (see “Crows”). When the folk elements are in full effect, such as “A Devil’s Unweaving,” there are some triumphant melodies to be had when the melodic death and folk elements combine. It’s a successful approach that should give Yonder Realm some space of their own in a crowded genre that has an occasional tendency to put silliness over substance.