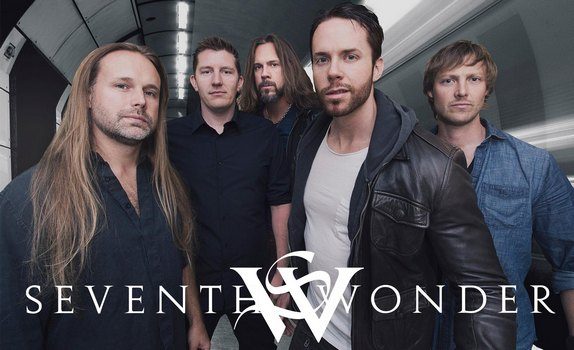 Dead Rhetoric: When it comes to Seventh Wonder in a live performance, what do you hope to achieve each time to make for a unique, special outing? Is it a matter of quality feedback and interaction from the stage to the audience and back, or other factors that come into play?

Blomqvist: Playing in the genre that we do, people expect a certain level of the performance. We don’t want to play like crap, you don’t want to go out and miss all the stuff that makes the music. You want to go out and sound as much like the album as you possibly can. The music always comes first and foremost for us on stage- you don’t want it to sound bad. Most of our fans would rather hear us sound well than doing handstands and backflips on stage. Having said that, there needs to be something that adds to the live experience. Tommy has gotten a lot better at that, especially with his vast live experience being in Kamelot. I’ve always loved the energy that we get from the fans.

Being a teenager and starting to play, the dream was always to face people that knew and loved the songs and could actually sing along. It’s an out of this world experience every time this happens. You get to feed off of that, and you hope in some small way to push that energy back out there. It’s always so cool to be able to hang out with people from all over the world. Music unites you, and you can talk about their experiences and what the music means to them. Being on stage is magical, and also just hanging out before and after is a big part of it for us.

Dead Rhetoric: How do you define success at this point in your career- has it changed drastically from your early years to today?

Blomqvist: Oh wow. In this day and age and playing in this genre that we do, there’s never really been much hope in making it big so to speak. When you are 25, everything is about making the next album bigger and better, playing faster, louder, and more – and I guess at some time around The Great Escape time, we pushed that about as far as we could. It became more about can we make the songs better, can we make the experience of the album better, and thoughts like that come into play.

On a concrete level, success means being able to put out music that fans like, and enough fans like so that we can get to do another album and come out and play. As long as we can get to do that, that’s success for us and this point.

Dead Rhetoric: Can you tell us a bit about your work with CareLigo as an associate director in regards to your medical technology services career? Where do you see the state of health care in Sweden compared to other parts of the world?

Blomqvist: (laughs). Wow, I was not expecting (that question), that’s for sure. I saw that on Wikipedia, the associate director thing – that was there from my past career. I actually started this company with a colleague of mine, so I own and run this company with him. We have a bunch of employees. That’s what I’ve been working my day job in, I’ve always worked in the development of med tech products. My background is I have a master’s degree in electrical engineering, and I have a master’s in business administration and I’m also right now pursuing a Ph.D in medicine – so I’m trying to grow the company. That’s how I spend my days.

In terms of health care in Sweden, I think one of the key issues is that primary care is underfinanced. They need a remodel and there needs to be better incentives for private providers of primary health care to actually make ends meet so we can increase availability. We have very poor availability to health care in Sweden, in spite of how much money goes into that. Contrast that to the US, where I lived for a while, I think it’s just a mess with the role that the insurance companies plays because it kind of skews the market. I have no quick fix for that. People need health care, but at the same time you need to put the consumer in a position where they can actually see where the money is going to. In Sweden that’s a problem – we pay lots and lots of money (that) goes to something not tangible, we cannot put our hands on where it goes. People end up paying extra for insurances on top of what was already supposed to be there for free. There’s no easy way to fix it.

The one way we can free money and resources to people to focus on the senior citizens, the chronic diseases with heart failure, hypertension, diabetes, and COPD, those types of patients. Those are the ones that consume the most health care and they are the ones that are the trickiest people to help. We need to make sure they can stay home and feel better at the same time. That would free up resources and make health care available to other people in need.

Dead Rhetoric: Would it be easier to set up a system possibly where younger people put aside money for when they get older and in essence help fund those issues down the line could be a solution?

Blomqvist: I don’t know. Talking from Sweden’s perspective, I do not think there is a lack of resources that is the issue. There is a heavy enough taxation as it is going into that. There is a clash of publicly driven operations and organizations funded by tax money, so people aren’t really incentivized to perform or to make every buck count because it’s somebody else’s money. That’s the challenge. At the same time, I like the idea that there will be universal access to health care. Throughout the insurance companies I like the United States ideas when it comes to personal savings health accounts – where you are mandated and have to set aside a certain part of your dollars so you can’t spend it on anything else but health care. It’s kind of like a taxation, but you will be the boss of your money. You are still going to be able to compare, competition to doctors to see who provides the best services. You still can’t use that money for drugs or a car- and that shifts the power to the consumer. It could lead to better health care, and that’s something that needs to be done.

As far as the senior citizens, we need to find a better way to use the money. They go in and out of the hospital all the time- many of the patients, about 25-30% get readmitted to the hospital within one month of discharged. In the US, they can now be penalized for early re-admissions. These patients could be taken care of from the home without being disconnected from their health care, and that’s where new technology can play a part in that. I don’t think it’s a question of getting new resources, they just need to be used more cleverly. People need to be incentivized to perform on all levels.

Dead Rhetoric: You recently turned 40 – do you gain a sense of perspective regarding what you’ve accomplished in your life to date and what’s left for you to achieve?

Blomqvist: It’s too recent and I’m just too stressed out about it! (laughs) I ache too much, I’m too tired, and I get hungover. I almost fall asleep at rehearsals because it’s getting too late, getting older. There’s nothing too positive to say about it at this point, I’d rather be 30 (laughs).

Dead Rhetoric: Are you hopeful that it won’t take as long to follow-up Tiara for the sixth Seventh Wonder studio record? And what’s on the horizon for the support of this record over the next twelve months, especially considering Tommy’s road schedule with Kamelot?

Blomqvist: I’m sure. We are planning to write the next album right now as we speak, I want to make sure that we get the next album out there sooner. There were a lot of things going into this break – our old drummer left, I was in the states for a while, Tommy joined Kamelot and did two albums with them, we also did the live thing. We started recording Tiara in the summer of 2016, so when you look at it, there wasn’t much down time. Sure we lost about two or three years there, and we won’t lose those (years) this time. We are going to put the pen to paper as soon as we can.

We are preparing to go out and play. We will figure out songs in rehearsals and decide what songs we are going to play to put a decent live show together. We are looking at opportunities to go out, it’s probably not going to happen before the end of the year. We want to spend as much of 2019 as possible out playing to people. We aren’t going to go out and do long, lengthy tours but we will do one-offs, long weekends or a week here and there. We are coming to the US at least for the next ProgPower festival, and maybe get some more shows in connection to that. 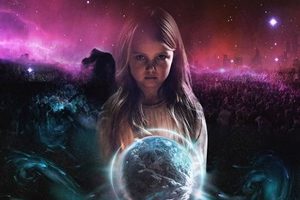