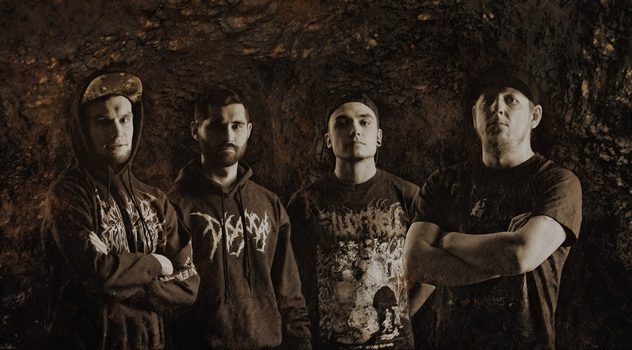 The fall deluge of releases now fully in gear, there’s never a shortage of material to pull from. In fact, it’s a tough spot given that we have but a few very dedicated writers and only so much time in a day. So Rapid Fires becomes a bit more important to make sure we are doing our best to keep up with the exponentially rising crop of new releases each Friday. This month we check out Castle, Counterparts, Crucible of Hate, Grave Digger, Negacy, Order to Ruin, Ossuary Anex (pictured above), Sumac, Sound Storm, Tomb of Finland, Truent, Vandallus, and Waxen. 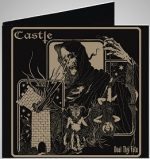 Castle – Deny Thy Fate (Ripple Music)
Perhaps the embodiment of a grind-it-out, no fanfare, but incredibly solid and reliable classic heavy doom band, San Francisco’s Castle have yet to make the kind of ripple (no pun intended, as per their new label) to get them to the next level. Deny Thy Fate surely won’t get them there, but it’s no matter – the cuts are simple and effective, dropping in Sabbath angles to go with the understated level of NWOBHM that’s always been hovering around. Choice jams include “Skull in the Woods” and “Red Phantom.” – David E. Gehlke (Castle Facebook) 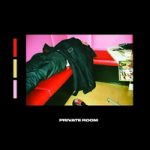 Counterparts – Private Room (Pure Noise Records)
While 5-minutes of music isn’t really much to sink one’s teeth into, it’s a perfect fit for our Rapid Fires column. The tracks are left overs from the band’s previous release, and serve as a taste until a more proper release comes along. This is melodic hardcore/metalcore, which keeps the melodies as servants to the riffing (aka no clean vocal choruses), though “We Forgive” features some shouted vocals atop quiet moments (those pesky modern ones we all know of). Ultimately, the sort of thing that fans will swear by, but anyone outside that range isn’t going to be convinced by Private Room. – Kyle McGinn (Counterparts on Facebook) 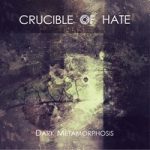 Crucible of Hate – Dark Metamorphosis (Self-Released)
The first thing that comes to mind with Crucible of Hate’s Dark Metamorphosis is that of groove. While some of the tracks vary in complexity from deceptively technical to straight-forward bruisers, each track centers itself on a high degree of the groovy variety. Melody also works its way in, and there are even some clean vocals (nothing on a predictable level) that aid in giving the band some added personality. All in all, Crucible of Hate provide some meat and potatoes extremity that is energetic and keeps a certain degree of catchiness to it. Nothing revolutionary but certainly enjoyable. – Kyle McGinn (Crucible of Hate on Facebook) 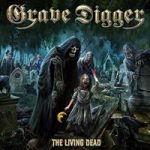 Grave Digger – The Living Dead (Napalm Records)
Celebrating 40 years(!) as a band, German unit Grave Digger are on their 20th studio album with The Living Dead. Solid traditional metal is the game plan here – the gravelly voice of Chris Boltendahl steering the ship against thick riff hooks, choir chorus support, and proper rhythm section grooves bringing the ideas home. Speedier affairs like “When Death Passes By” separate against the old school Accept/The Scorpions-like mid-tempo stealth nature of “Fist in Your Face” – the group conscious of not sticking to one specific trick in their metal bag. The latter half of the record has a couple of curveballs through the synth/dance textures to “Insane Pain” plus the folk nature to “Zombie Dance” with guests from Russkaja adding their unique touch. Variety could make for confusion – or contentment – depending on what you want out of the band. – Matt Coe (Grave Digger official website) 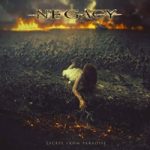 Negacy – Escape from Paradise (Massacre Records)
Together for 8 years as Red Warlock from 2005-12, this Italian band transplanted in the UK have transformed into Negacy, now on album three under that moniker with Escape from Paradise. This record has a dark, melodic power metal stance – equal attention given to fluid, shredding moments as much as driving riffs and inspirational musicianship. What this means for the listener is everything from Nevermore and Rage power charge riffing and melodies to occasional extreme double kick flashes for highlights like “Born Betrayed” and Evergrey-ish “Scattered Life”. The propulsive charge of production values and tones sits comfortably for a variety of followers to appreciate – plus diverse and epic vocals round out the package nicely. Could be a hidden gem album for 2018. – Matt Coe (Negacy on Facebook) 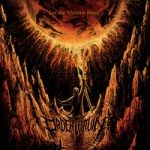 Order to Ruin – Let the Mortals Bleed (Self-Released)
What can really be said about the prolific Order to Ruin at this point? Coming up with a second full-length in one year, there’s clearly no rest for the wicked. But there’s no decline in songwriting either. Championing that heavier side of the melodic death metal genre so well, Order to Ruin continue to do their thing across 9 tracks that will have you yearning for the Gothenburg heyday of the ’90s. It doesn’t alter the formula of what has been working so well for them, and it’s hard to fault the band when they consistently deliver such high quality material. Melodic death metal fans rejoice! – Kyle McGinn (Order to Ruin on Facebook) 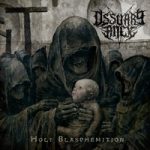 Ossuary Anex – Holy Blasphemition (Xtreem Music)
Following up two previous full-length albums, Holy Blasphemition serves as Ossuary Anex’s third output in their decade of existence. Quite brutal in execution, but the band smartly varies the tempos at hand, from doomy crawling (though thankfully not the Incantation-worshipping kind) to some faster, blast-intensive stuff. But with only three ‘new’ tracks, an instrumental version of “Revelation of the Inquisition,” and a re-recorded track, it’s a bit bare-bones in some aspects. Again, fans will certainly dig the new and brutal cuts, but it ends up feeling a bit lacking content-wise. – Kyle McGinn (Ossuary Anex on Facebook) 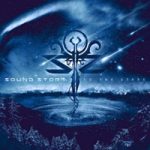 Sound Storm – To the Stars (Rockshots Records)
Premiering three new members, this Italian symphonic power metal band Sound Storm with their latest single “To the Stars” keep the versatility on high. Featuring a bit of extreme presence with death growls and occasional blasting maneuvers, the recent recruits include ex-Temperance melodic singer Chiara Tricarico and operatic-oriented vocalist Andrea Racco. The mid-section shimmers with a pulsating keyboard/guitar interplay that could turn heads, while the lead breaks go into neoclassical shred textures. The guitar tone has a darker Kamelot/Evergrey nature, offsetting the angelic, playful vocal action. An adequate teaser for followers to wait for the next full-length for sure. – Matt Coe (Sound Storm on Facebook) 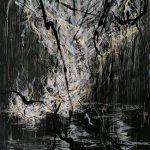 Sumac – Love in Shadow (Thrill Jockey)
Dubbed as a more experimental record than their previous fare, Sumac’s Love in Shadow is the type of shake-yer-earth album that can only come from someone like Aaron Turner (ex-Isis) and his just-as-worthy bandmates, Nick Yacyshyn (Baptists, Erosion) and Brian Cook (Russian Circles). There’s almost this seismic clash-on-clash that goes on throughout the record, Sumac just lobbing riffs at each other, Turner rolling out his ghastly bellow and out comes four songs that veer all over the place and aren’t in a hurry to wrap up. Keep it coming and keep on going. – David E. Gehlke (Sumac Bandcamp) 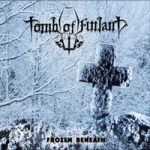 Tomb of Finland – Frozen Beneath (Mighty Music)
Digging into their cold, dark, tortured and painful lives, Tomb of Finland channel a swirling death/doom/blackened combination on their second album Frozen Beneath. Intent on summoning those demons into tremolo-fueled actions one second, then succumbing to the doom atmosphere the next – it’s little wonder cuts like “Dead Again” and “Mourning Chant” may make many think of Insomnium, early Sentenced, and possibly a hint of Wintersun. During “From Here to Eternity” some may feel they are taking an epic march through the mountains, the searing harmonies galvanizing against the steady double kick and deep growls. Nine songs and 45 minutes of Finnish bliss, Tomb of Finland will have little trouble gaining an ardent following based on this outing. – Matt Coe (Tomb of Finland official website) 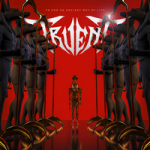 Truent – To End an Ancient Way of Life (Self-Released)
Groovy, thrashy extreme metal is what Truent is best at dishing out based on their second EP. But not one’s to be pigeonholed, the four songs provided here often shoot in some further directions of extremity without sounding like the band lacks focus. Some playful bass, plenty of intricate rhythms, a dose of melody, and an ever-present energy keep things firing at full-tilt from beginning to end. The diversity makes it easy to recommend to fans of everything from Gojira to Revocation to Lamb of God – something for everyone without any sort of compromise in the end product. Impressive. – Kyle McGinn (Truent on Facebook) 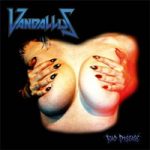 Vandallus – Bad Disease (Pure Steel Records)
Featuring two members with ties to Midnight as well as other seasoned Cleveland metal musicians, Vandallus explores a late 70’s/early 80’s US hard rock stance for Bad Disease. Think early Def Leppard, Dokken, and obscure acts like TKO or Witch Cross when taking in these multi-part vocal harmonies and basic, addictive guitar hooks with bluesy purity at the heart of it all. Favorite change by the day – “Sundown Haze” makes early Kix go toe to toe with Europe, while “Shake Down” boogies in that street level High Spirits vein. It’s all about going for the gusto and living for the good times – Bad Disease is meant for cranking to ten, cracking open a beer and letting loose. The risqué cover surely will provoke interest as well. – Matt Coe (Vandallus official website) 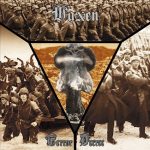 Waxen – Terror Decree (Moribund)
Toby Knapp, ever the underrated shredder and would-be guitar hero, continues the push for his black metal project Waxen. We certainly remember 2014’s Agios Holokauston having some pizazz to it, thus meriting future dives into the man’s caustic sonic sphere via Terror Decree. Although Knapp still hamstrings himself to no end by using a drum machine (it’s distracting at various points), his riff-caked brand of black metal ably traverses the path set ablaze by the style early torchbearers, making this yet another worthy entry into Waxen’s vastly underrated canon. Bonus points for injecting shred into black metal, too. – David E. Gehlke (Waxen Facebook)