So much music so little time. So little time, in fact, that one lucky band managed to get covered twice in this month’s edition due to an oversight by yours truly. Nonetheless, here’s the latest batch of 15 rapid fire reviews for your reading pleasure. This month we feature Aeons of Ashes, Coprocephalic, Cross Examination, Darkness Divided, Die Choking, Disparager, Display of Decay, Grind Zero, Lord Volture, Onkel Tom, Rocka Rollas, Shards of Humanity, Six String Slaughter (picured above), Swine Overlord, and Womit Angel. – Kyle McGinn 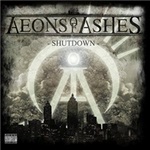 Aeons of Ashes – Shutdown (Noisehead)
Austrian act Aeons of Ashes (alliteration anyone?) harness a potent brand of modern melodic death metal on their debut 11 track album Shutdown. Considerable talent is on display for a quintet only in existence since 2013, as guitarists Jorgo and Georg Knoll weave ripping riffs around quick hitting high pitch harmonies, while vocalist Tim Sklenitzka uses a gruff, semi-metalcore delivery. Incessant triggered double bass notwithstanding, songs like “Depravation”, the heavy handed “Into Oblivion”, and harmony laden “Remember My Name” fall in line with Arch Enemy and Dark Tranquillity if taken head on in a Lamb of God/Machine Head cage match. Definitely a band to keep tabs on. – Matt Coe
(Aeons of Ashes on Facebook) 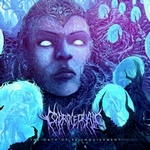 Coprocephalic – The Oath of Relinquishment (Lacerated Enemy)
After their recent three song “preview,” The Oath of Relinquishment is the full package (and contains those same three songs among others). Brutal slamming death metal is what’s on hand here, for the most part with predictable song structures and full of “slam” sections. They do display a slightly higher level of technicality and this album is downright heavy, which keeps it out of the completely generic end of the pool though things due to tend to blur together by the end (despite the guest appearances by a few high profile vocalists). If you like slam, you’ll love this album. Otherwise this isn’t going to be changing anyone else’s mind. – Kyle McGinn
(Coprocephalic on Facebook) 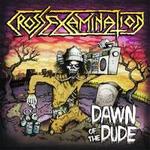 Cross Examination – Dawn of the Dude (Organized Crime Records)
Riled-up and peppy crossover from St. Louis, MO, Cross Examination have been kicking around the stale-beer scene for ten years with a handful of splits, EPs, and a 2008 full-length to their credit, the band makes quick work of the seven jams found on Dawn of the Dude. Naturally, there’s no lyrical depth to be found, Cross Examination opting for the always-entertaining party/rager/dude approach that generally accompanies this style of metal. The songs, however, speaks enough for themselves, with the kamikaze “Opposite Day” and “Ritual Snackrifice” (complete with audio sample from It’s Always Sunny in Philadelphia) showcasing the band’s utterly reckless brand of crossover. Barely cresting the 13-minute mark, Dawn of the Dude is light on its feet and light in the brain power used. Just how it should be. – David E. Gehlke
(Cross Examinatino on Facebook) 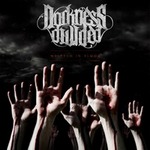 Darkness Divided – Written in Blood (Victory Records)
Christian metalcore, often the bane of existence for any rational, secular metaller, has reared its cyclops-haired ‘head in the form of San Antonio’s Darkness Divided. Hats off to the fine folks at Victory for at least trying to put a new spin on this stuff: “Darkness Divided are not your typical metalcore act.” That doesn’t carry much weight in this climate unfortunately. The band’s sound – a hitched version of As I Lay Dying, Underoath, Unearth, combined with every staccato breakdown, and combined with whiney clean vocals and tough-dude vocals essentially vault Written in Blood all the way back to 2004, where it belongs. However, being a Christian metalcore band has a funny way of expanding one’s audience exponentially, so these guys will be huge in five years. – David E. Gehlke
(Darkness Divided on Facebook) 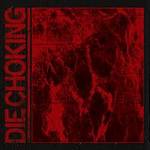 Die Choking – II (The Compound)
With 5 songs in 6 minutes, punk/death/grinders Die Choking know how to get to the point. Short frenetic bursts of aggression and violence are on hand here, and this is a fine extension of the I EP. The slower pace of “Civilian” is about the only break from the madness, giving the EP some almost death metal groove before “Tonsil” begins and goes back abrasion of the first three tracks. The added grind influences suit the band well, and it should be interesting to get a full-length from these guys in the future. – Kyle McGinn
(Die Choking on Facebook) 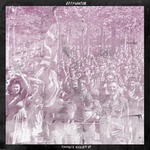 Disparager – Timeless, Ageless EP (Self-Released)
Post-metal from Brooklyn almost instantly translates to “hipster metal,” doesn’t it? Then again, Disparager don’t imbue the listener with that much pretentious post-metal groping, opting to make matters meaty and meaningful by way of burly, but coherent riffing, and tight song arrangements. The band’s Timeless, Ageless EP is certainly of the professional variety, with production being crisp and loud, which comes in handy during those slow, melting moments ala the tail-end of “Tuesday Love,” a definitive EP highlight. A bit rankled at the song title “At Least I Still Have Bon Iver,” one of those “I’m being ironic while being cute at the same time” sort of things that any band who wants to be taken seriously should stay away from, so the jury is still somewhat out on Disparager, who apparently do fill the hipster quotient by using non-toxic, vegetable-based biodegradable inks, and minimal plastic for the printing of Timeless, Ageless. Good for them, but let’s tidy up the post-metal floor for better things to come, eh? – David E. Gehlke
(Disparager official website) 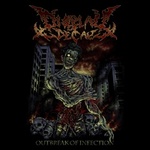 Display of Decay – Outbreak of Infection (Self Released)
Canada’s Display of Decay bring us their newest release, Outbreak of Infection. Full of old school American death metal goodness (i.e. it leans more towards Deicide than Entombed) with plenty of groove, it’s hard not to bang your head along with these five tracks, even if they don’t break much new ground. There’s even a cover of KISS’ “Black Diamond” to wrap things up, which is made interesting due to the much heavier death metal flavor of this track. Overall, some groovy death metal that will burrow itself into your brain further than you think it would. – Kyle McGinn
(Display of Decay official website) 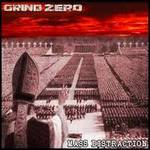 Grind Zero – Mass Distraction (Mighty Music)
Presently populated by the likes of Eyeconoclast, Fleshgod Apocalypse, and Hour of Penance, the Italian death metal scene has quite a bit going for itself. The distinction between the above-mentioned trio certainly helps, each with their own sound and degree of technicality, particularly from Hour of Penance. But, there’s always a lower-rung of the style, which is where Grind Zero come in. Formed in 2011, the band is merely a demo and a full-length into their career, which explains the relative safe and predictable nature of their Mass Distraction debut. Most of the album falls into the “balls and chunk” category, meaning the low-down riff action found on “Blood Soaked Ground,” “War for War,” and “Fucked Up Nation” pits the band in a Sepultura circa 1993 category in addition to their normal death metal happenings. It’s a relatively dynamic-less album. The cover was a prime indicator of this. – David E. Gehlke
(Grind Zero on Facebook) 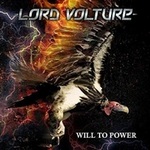 Lord Volture – Will to Power (Mausoleum Records)
The third album from these Netherlands-based power metallers, Will to Power depicts the style’s unofficial mascot (an eagle) on the cover, which means heroic and/or epic will be in tow. Which is almost the case. Without the symphonic dressings of other epic power metal bands, Lord Volture’s “swagger” (for lack of a better term) comes in the annals of NWOBHM, where the fist-banging is in tow, just not on a Valhalla-level. The squeaks and punchy highs of vocalist David Mercelis may take some warming up to, but he’s large and in charge on “Taklamakan” and the title track, which features a guest solo from former Megadeth lead guitarist Chris Poland. So for as textbook as Will to Power can be, a few songs break through, most notably “Omerta” and the convincing “Line ‘Em Up!” a song that recalls Saxon at their most fired-up. – David E. Gehlke

European power metal isn’t exclusive to Germany, Italy or Finland these days – as this Dutch act proves on their third album Will to Power. The calling card here is a combination of burly, steady guitar rhythms/harmonies from Paul Marcelis and Leon Hermans and a commanding vocal presence in David Marcelis, both incidentally bringing Jag Panzer to mind. The tradeoffs on “The Great Blinding” conjures visions of Downing/Tipton and Murray/Smith 80’s glory, while “Taklamakan” has that militant, slithering groove sure to elicit audience chants when delivered live. I applaud their heavier stance, as the world does not need another Helloween clone. – Matt Coe
(Lord Volture official website) 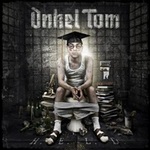 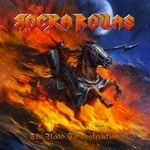 Rocka Rollas – The Road to Destruction (Stormspell)
The fiery warrior atop a horse cover art should give you some clue that Sweden’s Rocka Rollas firmly belong to the speed/power metal platform. Album three The Road to Destruction is another up-tempo, galloping, guitar driven/ high pitch vocal affair perfect for those into Running Wild, Scanner, and all that early 80’s German work. “Curse of Blood” features Cederick Forsberg’s bird call screams, while the title cut and “A Wave of Firestorms” rip dual leads and double bass like they were born to breakneck power melodies and champions for the cause. Keep It True festival maniacs will make this mandatory. – Matt Coe
(Rocka Rollas on Facebook) 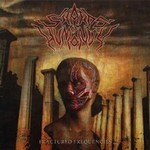 Shards of Humanity – Fractured Frequencies (Unspeakable Axe Records)
The debut from Tennessee’s Shards of Humanity is a nice throw back to the early days of death metal. Very much thrash influenced and more in line with Death and Pestilence, the riffs are key to this album. Thankfully, the album is chock full of real thrashers from beginning to end. The leads are the standout feature of the album, but the drawback is that things start to sound pretty similar by the end of the album. The riffs and leads work, but a bit more variety in their next album will be what Shards of Humanity needs to make it to the next level. – Kyle McGinn
(Shards of Humanity on Facebook) 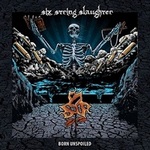 Six String Slaughter – Born Unspoiled (Horror Pain Gore Death Productions)
A bit thrown by the name on this one (seemed a bit power/prog), Six String Slaughter play some melodically inclined, yet still pretty brutal death/thrash. The vocals are pretty killer, with that ‘in your face’ Glenn Benton-esque feel to them. The music drives straight-forward for the most part, equal parts ‘80s thrash along with death metal burliness. The end result is relentless, yet has enough melodies woven into the mix that you won’t mind returning to it. For every blistering track like “Careless,” there’s a more melodic one like “Gathering Dust.” The balancing act really makes Six String Slaughter come out a winner on Born Unspoiled. – Kyle McGinn
(Six String Slaughter on Facebook) 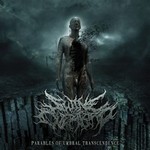 Swine Overlord – Parables of Umbral Transcendence (Gore House Productions)
Up for some brutal death metal? Swine Overlord has you covered. Utilizing a notably thick guitar tone, Parables just sounds heavy. There is a bit of restraint on the band’s part as well, keeping the weight of the album off of just tossing in slams, instead focusing on some chugging groove. This allows the songs to feel more like songs, which is a notable complaint for many bands of this sound that is avoided here. The production is a bit weak, but that’s really the only downside to this one if you like the genre. – Kyle McGinn
(Swine Overlord on Facebook) 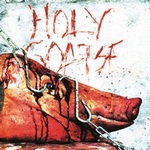 Womit Angel – Holy Goatse (Inverse Records)
Very clearly influenced by their countrymates Impaled Nazarene (as well as the other references that implies), Womit Angel offer their take on punk/thrash/black metal. The songs are energetic and full of the obligatory piss and vinegar to get the job done. There’s a good amount of hooks, and the music can get strangely melodic at points though it doesn’t become off-putting. It’s a pretty solid combination and variety with this type of band is always a plus, even if you have heard it elsewhere. Fans of Impaled Nazarene would do well to check this out. – Kyle McGinn
(Womit Angel on Facebook) 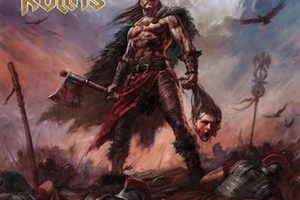 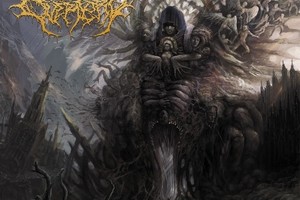 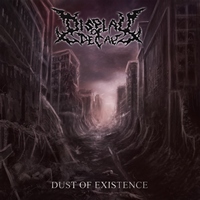