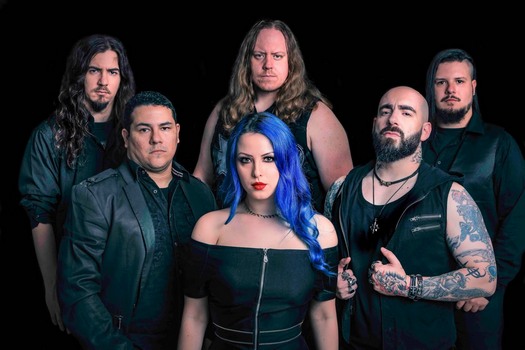 Recently, Brazilian metal act Semblant released their latest album Obscura. A mixture of gothic alongside heavy metal and even some melodeath influences, it’s clear that a lot of time when into it’s production. All the more so considered when their last album, Lunar Manifesto, was initially released back in 2014. We took a few minutes to talk to guitarist Juliano Ribeiro about what the band has been up to in the meantime, visa issues, and even what brought him into heavy metal.

Dead Rhetoric: Lunar Manifesto was released twice – do you feel it got the exposure that it should have that way?

Juliano Ribeiro: Yes, definitely. The first time it was released was independently. To be really honest, it was only released here in Brazil. It had an impact, but it was just here. After we released videos, especially the “What Lies Ahead” video, it got to a global audience. We really wanted to make sure that people could get the album somehow. So that second release was important to get the album going worldwide.

Dead Rhetoric: It was initially released in 2014, what has the band been up to since Lunar Manifesto was released?

Ribeiro: That was actually a complicated thing – in 2016 when we re-released Lunar Manifesto, we were starting to think about putting out a new record. But we kind of had to promote it somehow…again [laughs]. There were a lot of interviews and we made more videos for that record, and we started working on tours that ended up not happening. We had two cancelled tours in the US. That was really frustrating for us. It took us a bit of time to get back into the right mind frame to work on a new record, besides there were other things in our lives besides the record. There were also line-up changes and working deals with record labels and things like that too.

Dead Rhetoric: “What Lies Ahead” has over 25 million views at this point. What do you feel has allowed it to be so successful?

Ribeiro: I have no idea [laughs]! I wish I knew! It’s something that we are really grateful for, but there was no big investment actually. It somehow got viral, and we really don’t know how but we are really glad it did. It’s a song that we are really proud of and a video that we are proud of. I’m just happy it happened. It helped us a lot and it opened many doors for us, and it’s amazing that one video was able to do that.

Dead Rhetoric: Yeah, it’s crazy. Sometimes a song/video just gets out there and it is just everywhere.

Ribeiro: It really surprised us. It wasn’t fast at the start. We were really celebrating when it got half a million, because that was huge for us. From that moment on, it kept going faster and faster. It was hard to understand; we had no idea. It was a really crazy moment for the band.

Dead Rhetoric: What can you say about Obscura in terms of how it compares to your previous releases?

Ribeiro: I think it is a good representation of everything we have faced in the last four years. I think it really highlights everything that we have been through – all of the line-up changes and troubles that we had with our previous record label, and things like that. It all came out in those songs. It is all represented there. I think it’s a bit more straight-forward than Lunar Manifesto, but still as dynamic. It’s a really dark record, especially lyrically. Maybe not so much musically, but lyrically for sure.

Dead Rhetoric: You had a previous record label – how did you link up with Frontiers Music?

Ribeiro: Frontiers was a nice thing that happened for us. We presented a couple of songs from the new record to them. We thought that they wouldn’t really care about us since they have more of a hard rock thing going on. We didn’t know if they would be interested in the kind of music that we do, but they were really excited to work with us. From the first contact we had with them, we knew it would happen since they were so excited to work with us and make it happen for this record. It’s a great partnership and we hope that it will last for a long time. We have a multi-album deal with them and we can’t wait to carry on making more music.

Dead Rhetoric: How do you feel that the band has changed in the last few years?

Ribeiro: For this record, we had two major changes from Lunar Manifesto. One of our guitar players left the band, so we decided that we wanted to continue with just one guitarist. So I recorded all of the guitars, thinking about a two-guitar band. Afterwards we thought that maybe we should maintain only one guitarist. We also had the incorporation of a new bass player. For the last 4-5 years, we had been playing without a bass player. It was kind of weird but it worked somehow. Of course, the bass player was playing in the samples [live] but now we have a real bassist. It’s working really well, and it had an impact on the new record too. That’s the main difference from the last record.

Dead Rhetoric: What do you feel the band’s strong points are?

Ribeiro: I think the vocals are definitely a highlight. The fact that we have two really versatile singers. Sergio [Mazul] is able to do so much with his voice. He can create an amazing contrast with what Mizuho [Lin] does as well. I think that is one of the elements that really grabs attention. I hope that people can also get a good impression of the instrumentals and the choruses. But I think the main thing is the vocals. It was a priority on Obscura to really make them shine. To try to bring them to the front even more.

Dead Rhetoric: You mentioned some of this already, but what are some of the biggest challenges you’ve had to overcome as a group?

Ribeiro: As we mentioned, we had some huge repercussions from the last record in that we reached tons of places that we didn’t think we could reach. Besides that, we also had the fact that we couldn’t really tour for that record. It created a frustration for us. We worked a lot on that record, but we were still here [in Brazil]. It didn’t affect our lives in any way. We kept doing our day jobs and whatever we were doing. It was hard, having the record and not see a result. We couldn’t feel the result. It felt distant to us. It was in the digital world somehow. It stayed in there.

The biggest thing for us was to get in the right mind frame to create a record, and be prepared to take the next steps – touring and things like that. It was a big challenge for us. We are six people in a band and it’s hard to really bring everybody in on the same page, especially in a situation like that. It took a long time for things to come into fruition. But in the end, I think it worked out really well.

Dead Rhetoric: With the tours that had been cancelled in the US, was that related to the visa issues that a lot of bands have been having?

Ribeiro: Yeah. It was exactly that. It’s really tough. We are really working now to make a US tour happen. But it’s still a shadow over us. We don’t know exactly how it would be now. That was a couple of years ago, and we don’t know how the situation is right now. But at least we are working with people who are prepared and have more knowledge about it right now. I think that will have a good impact on things.

Dead Rhetoric: Yeah, it something we hear about more and more. It’s frustrating for fans too because they know it isn’t the band’s fault but rather the whole mechanism you have to go through in order to get into the country.

Ribeiro: That was really hard for us. Our biggest audience is from the US. The biggest audience in every medium, whether it’s YouTube or Spotify, it’s the US by a large margin. We had that demand. When we post anything on social media, the first thing that pops up is asking when we are going to come to the US. We see all of those comments, and we really want it to happen. It’s just really difficult.

Dead Rhetoric: What can you say about the Brazilian metal scene at this point in time?

Ribeiro: I think the scene is developing really well. We have a few bands that really have a name, like Sepultura, Krisiun, and Angra. But the scene is really huge here in Brazil. It’s hard to pinpoint how it is because it’s such a large country. Every city and region has a different scene. We are close to Sao Paolo, so that is more of our scene. A lot of bands like Torture Squad and other acts that aren’t as important internationally, but names that are big here in Brazil.

In our hometown, it was really funny – when we signed to Frontiers, there were three more bands in our hometown that also signed with them in a short period of time. Four bands from our hometown are the only bands from Brazil – it’s kind of crazy [laughs]. We all have different styles too. One is more hard rock, one is more death metal, but they are all from our own hometown. It’s weird but it’s super cool as well.

Dead Rhetoric: What impacted your journey into heavy metal music?

Ribeiro: It was something that was in the family. My mother and uncles were metal fans. I had that contact since my early childhood. I knew the bands and was interested really early on. Most of us in the band also had a huge impact from Angra. They are really big here in Brazil, especially in the early 2000s. it was probably the first concert for about half of the band. Despite it not being too close to what we do now as a band. Sonically it is really different, but they were really important to our development as musicians.

Dead Rhetoric: What plans do you have for 2020?

Ribeiro: We have tour in Europe [since cancelled due to COVID-19]. It will be the first step towards more touring, which is our focus right now. We have a few concerts in Brazil after that, and we are negotiating a US tour once more. I hope it will work out and we are able to support this record there as well. 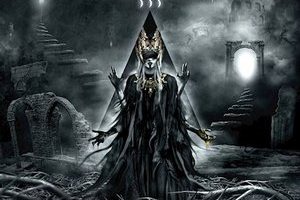