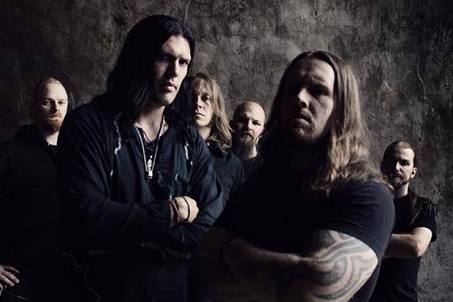 Blistering.com: The general consensus is that North America is a very difficult market to tour in. How do you think the band has been doing in North America, and what differences do you see between touring Europe and there?

Nilsson: Actually, North America has been treating us pretty good so far. It costs us a lot of money to tour the US, with the flights, the work visas, and the thousands of miles we have to travel, but with help from our record label we’ve been able to make ends meet. Also, the US crowds in general have been incredible, and I can tell we have a pretty strong following there.

One thing that I find interesting is the difference between how European and American venues treat their bands. In Europe, almost all venues have dressing rooms, clean showers, backstage toilets and great catering. In the States, at the very best we get our own dressing room – but showers, backstage toilet and catering doesn’t exist. Life as a musician is tough when you have to take a dump at the venue’s public toilet with fans outside knocking on the door: “When you’re done, can I have your autograph please?”

Blistering.com: With making a living at music seemingly becoming more and more difficult, what steps do you believe should be taken to make things better financially for musicians?

Nilsson: That’s a tough question. People have gotten used to be able to download whatever they desire for free, and I don’t know where this will eventually lead the music business. I think awareness has to be raised about the problem, to make fans understand that if you want your favourite bands and artists to stick around you might need to support them. Buy the albums, digital or physical, go to the shows, buy some merchandise. Show some respect for the art and the craft!

Blistering.com: Are there plans for a music video from the new album?

Nilsson: As of now, no. Making a pro looking video costs a lot of money, and in this day and age, it doesn’t make sense to make that investment unless your a much bigger band than we are. We did three cheap videos for the previous album, and even though the directors all had their best intentions, none of the videos turned out that great, I think. So this time around, we figured, if we can’t afford making a great looking video we should just forget about it.

Blistering.com: Your approach to melodic death metal is a very progressive one, and every album stands on it’s own. How do you guys keep the ideas fresh and interesting on every release?

Nilsson: Jonas [Kjellgren] and I write pretty much all of the music, and between the two of us, we’ve got a plethora of influences to draw inspiration from, and from day one we adopted the “anything goes” attitude to writing Scar Symmetry songs. So we’re not stuck in the typical At the Gates-kind of melodeath, or any other take on the genre. We can use chord progressions normally found in pop songs, and use jazz scales to create weird-sounding riffs, stuff like that, to make it interesting. Both Jonas and I write songs very quickly – usually writing an album’s worth of music takes us a couple of weeks or so.

Blistering.com: Many bands have different approaches to songwriting. How does Scar Symmetry go about crafting music?

Nilsson: Most of the time, Jonas and I write songs individually, where we come up with the guitar parts, the basic drum patterns and bass lines. Jonas and I then get together and come up with the vocal melodies and arrangements together. Usually, I come up with the melodies and Jonas figures out the growl parts, but we venture into each other’s territory ever so often. A cool thing that happened was that on a couple of the new songs, when we started recording them, we found that the vocal melodies weren’t happening, so then Lars came up with entirely new melodies on the spot, which turned out to be some of the best on the album. Check out “The Draconian Arrival” and “Seers of the Eschaton” to hear his work! I think it’s safe to say we will bring him in more on the writing for the next album – that would be killer.

Blistering.com: Do you have a favorite place to play? And on the same token, is there a specific place where you would like to?

Nilsson: I’ve got a lot of favorite places, and favourite cities. Off the top of my head – and this is not a definitive list, just some places that pops up – the Gramercy theatre in New York, the Palladium in Worcester, the Key Club in LA, House of Blues anywhere – they usually have wicked backstage areas. But we’ve played so many cool places, hung out with so many cool people.

Blistering.com: What do you think your most memorable show thus far has been?

Nilsson: All the shows on our first US tour supporting Dark Tranquillity and The Haunted were amazing. That whole experience was surreal. The last show of that tour was really special – we played at the Avalon in Hollywood, it was sold out, and it felt like the whole audience sang along to our songs. Another incredible experience was when we played at the Graspop Metal Meeting a few years ago. We played in a big tent that took 10,000 people – and it was filled to the point where people stood outside looking in. That was a breathtaking moment in my life!

Blistering.com: If circumstances were different and you found yourself not in a band, what do you think you’d be doing with yourself?

Nilsson: I was facing that kind of situation about ten years ago. I had to quit playing guitar. I suffered repetitive strain injuries in both my arms from practicing too much. So, I started studying engineering physics instead, which I did for a while until my arms healed and I could play again – at which point I quit school and went for a career in metal instead, ha-ha. If I would have followed through and got my degree, I would probably be making lots of money right now, but making music is much more fun, so…

Blistering.com: Where do you see Scar Symmetry in the next few years?

Nilsson: Hopefully, we’ll reach the level where we can headline our own tours, continue to write and record the music we love, and make enough money from it to sustain ourselves.

Blistering.com: Is there anything that you’d like to add?

Nilsson: Thanks for a cool interview, and cheers to everyone reading this! I sure do hope we’ll be back in the US sooner than later to showcase our new material and entertain you with the classic Scar Symmetry songs!