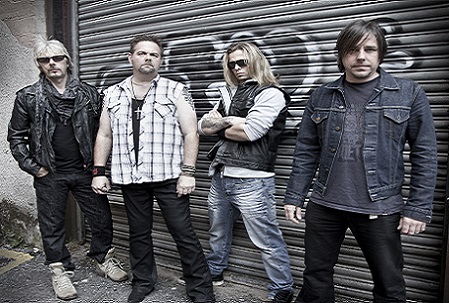 Savage, alongside Satan and Saxon, are part of a handful of NWOBHM torchbearers who have managed to elude the ravages of age. Saxon’s dependability are well-known; Satan are getting rave reviews across the board for Atom by Atom, while Savage keeps on ‘thumping along, still rooted in the tried-but-true classic metal formula they first kicked around in the early 80s. Their Loose ‘n’ Lethal album is still considered their go-to foray, but Savage circa 2016 still sounds spry and valid, as evidenced by their recent Live ‘n’ Lethal/7 effort, which saw release in late-2015. If ‘yer looking for a solid, no-frills jaunt into the dank, but illustrious corners of British metal, then look no further.

That being said, we snagged bassist/vocalist Chris Bradley for a round of Q’s regarding the band’s longevity, music industry stumbles, and much more. Read on…

Dead Rhetoric: It’s been 20 years since you reformed. What keeps this version of Savage going, and more importantly, motivated?

Chris Bradley: Simply it’s just the love of creating and performing the music. There is little chance of making any serious money at this these days, so it can be soul destroying putting your heart and soul into your creation…and all your spare cash. So it’s the love of the music and the support of the fans that keep you going.

Dead Rhetoric: A lot of your contemporaries from the classic NWOBHM are still around. Do you keep tabs on what they’re doing?

Bradley: In all honestly we don’t follow what our contemporaries are doing, though there are not many (if any) mainstream media sources that promote these bands anymore. Similarly with old school bands, as we don’t fit the market profile of 18-35 year olds, so you do a new video to promote a new album there is little chance you can get it played on the Kerrang or Scuzz channels or covered by the few remaining major magazines like Kerrang!

Dead Rhetoric: When you started, was it ever a thought and/or consideration that you’d last this long?

Bradley: I don’t think we ever thought that far ahead, it was always about the next song, album or show. But in retrospect it’s an achievement in itself to keep it going this long.

Dead Rhetoric: Loose n Lethal is widely considered to be your classic album. Why do you think it has held up so well over the years?

Bradley: I don’t think I can answer that question; we always try to do our very best and it’s always been a surprise to us that the first album is the one with the iconic status and that everything since has never quite reached that level in the eyes of others. I suppose it was just the right thing at the right time.

Dead Rhetoric: I’ve read the band often had management and label issues, especially around the time Hyperactive was released. What do you remember most about that time?

Bradley: Yeah we had some problems of that nature back then, managers that didn’t really do anything except take their 15%, record labels that didn’t really get behind the band. We left Ebony after Loose ‘n’ Lethal because labels were approaching them to licence the album and Ebony just turned them down fearing they were going to get ripped off. After we had left they told us that RCA had approached them to release the album in the USA as it was the biggest selling import at that time. However, Grim Reaper and Shy got the benefit of that deal.

Dead Rhetoric: Many bands during that time struggle with how the music business works. Were you the type of band who paid attention to what was in your record contracts, or, did you not care to read them?

Bradley: No, we were aware of what was in our contracts but we were just too naïve to understand that better deals could have been available. Bottom line we just never got the right advice, but that must be the story for most bands.

Dead Rhetoric: As for 7, the band still sounds fresh, but classic. Are you guys the type who don’t like to mess with a good formula?

Bradley: Strange, but we have been regularly accused of modernising our sound too much. The bottom line is we are old-fashioned in the sense we like a good song with a good hook and catchy chorus while at the same time keeping it heavy and in your face. I guess we just like to rock.

Dead Rhetoric: There is an art to writing good, compact songs, something Savage does very well. For you, how do you know when a song will make the cut?

Bradley: Simple process really, we tend to write in a rehearsal situation, someone will bring a riff to the rehearsal room and if we like the sound of it we will then kick it around as a band and drop it down as a stereo rhythm track. I then get to take it away and come up with a melody and lyrics. We then form the basic arrangement and demo the song. The demos help us finalise the song and we make any changes and additions at that point, by then we know if it’s going to make the cut or not. Bottom line we have to like it before we consider adding it to an album.

Dead Rhetoric: At this point in your career, how much time does the band take up? Are you able to do it comfortably with festival appearances, short tours, etc?

Bradley: Well as I mentioned earlier, there is little money in it these days so we all have to work to pay the bills, our spare cash goes into the band and we take holidays in order to record albums and play shows. It’s not easy but we manage it somehow, though it’s getting harder and harder to make ends meet. Free downloads are the worst because the band gets nothing back for their investment but the streaming sites pay very little and you have to stream one hell of a lot to make a buck. For example, we may only get 0.001 penny per play on Spotify sometimes even lower depending on the territory. 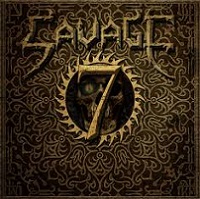