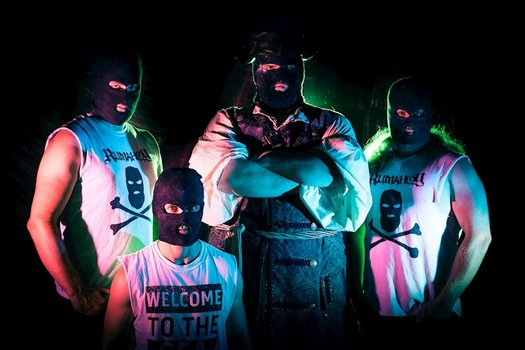 After making a splash with their debut full-length, The Triumph of Piracy, the pirates of Rumahoy are back with their second full-length, Time II: Party, and reunited with Napalm Records. The band has lost none of their sense of fun, if anything they’ve ratcheted it up a few notches – while maintaining a keen songwriting style that will no doubt make you sing along with each of the tracks with a grin on your face (and likely a beer in hand). We fired off some questions to vocalist/mainman Captain Yarrface to get his thoughts on the album and where the band is heading next, alongside a few fun pirate questions along the way.

Ed note: Responses were received in all caps, and it seemed fitting to keep them that way as it vibes well with his answers.

Captain Yarrface: WELL WE ARE THE ONLY PIRATE METAL BAND THAT ARE ACTUAL PIRATES, WE LIVE ON A SHIP AND PIRATE STUFF, ALL THE OTHER BANDS ARE JUST LITTLE BOYS AND GIRLS WHO SIT AROUND THEIR MOM’S BASEMENT PRETENDING TO DRINK RUM.

Dead Rhetoric: The album was initially supposed to be out last year. Was there a reason for the delay?

Captain Yarrface: NAPALM DIDN’T WANT TO RELEASE THE ALBUM SO WE DID IT OURSELVES AND THEN THEY DID WANT TO RELEASE IT SO WE HAD TO WAIT FOR THEM, IT WAS READY AGES AGO BUT WE ARE HAPPY WITH NAPALM TAKING CARE OF IT, THEY DO A GOOD JOB!!

Dead Rhetoric: What do you feel that you’ve improved upon in your formula with Time II: Party?

Captain Yarrface: WELL FOR THE FIRST ALBUM, WE WERE STILL SOMEWHAT FINDING OUR FOOTING, WE RELEASED AN EP ABOUT 10 YEARS PRIOR TO THAT AND KNEW WE WOULD HAVE TO BASICALLY START FROM THE START AGAIN, AND AFTER TOURING THE FIRST ALBUM WE NOTICED WHAT THE FANS LIKED AND BUILT UPON THAT, WE ARE VERY HAPPY WITH THE END RESULT.

Captain Yarrface: IF YOU NEED TO ASK THAT QUESTION… THEN YOU ARE NOT A REAL PIRATE.

Dead Rhetoric: There’s a lot of fun within the music, but the songwriting itself is quite proficient and energetic. Do you ever worry that a danceable track like “Poop Deck Party” will get, well poopoo’ed, because of the content of the song?

Captain Yarrface: WELL WE HAD ONE ON OUR FIRST ALBUM CALLED “PIRATESHIP” AND IT WAS GREAT, IT WAS ALSO DISCO DISCO, IT GOES OFF LIVE AND I WOULD LIKE TO HAVE ONE ON EVERY ALBUM FOREVER, FOR PEOPLE WHO DONT LIKE IT, I SAY… YOU ARE WRONG.

Dead Rhetoric: Could you talk about stealing away Alestorm’s “Drink” and making it your own song? It seems like that’s the most pirate thing you could do!

Captain Yarrface: I AM GLAD YOU UNDERSTAND THAT, IT WAS FUNNY, WE LOVED IT, AND THEY WERE ANGRY WHEN THEY FOUND OUT, IT IS A WIN WIN WIN HAHA. STEALING ANOTHER BANDS SONG AND THEN SINGING ABOUT STEALING THE SONG IS A GREAT THING TO DO.

Dead Rhetoric: That said, Chris Bowes of Alestorm does a guest spot on the album, and you were on the recent Alestorm album. Is there a bit of friendly competition to out-pirate each other?

Dead Rhetoric: What is it like to ride a seahorse?

Captain Yarrface: IT IS LIKE TRYING TO RIDE A BIG WET PICKLE, KINDA SLIPPERY AND SLIMY BUT VERY FAST.

Dead Rhetoric: What would Harambe’s position be in the crew? What do you imagine he would have added to Rumahoy?

Captain Yarrface: HARAMBE IS OUR PIRATE KEYBOARDIST, WE USED TO PRACTICE A LOT UNTIL THOSE MEAN GUYS AT THE ZOO KILLED HIM, WHAT A SAD SAD DAY.

Dead Rhetoric: What makes heavy metal and pirates such a good fit?

Captain Yarrface: I THINK IT JUST NARROWS DOWN TO DRINKING, METAL PEOPLE LOVE TO DRINK, AND SO DO PIRATES. IT IS A MATCH MADE IN PIRATE HEAVEN.

Dead Rhetoric: What goals do you have for Rumahoy, aside from plunder, booty, and rum of course?

Captain Yarrface: WELL I VERY MUCH WANTED THIS YEAR TO BE THE YEAR OF RUMAHOY, MORE TOURS, WE HAVE LOTS OF FANS IN AMERICA AND EUROPE THAT WANT TO SEE US AND I WANTED TO MAKE THAT HAPPEN, BUT THANKS TO MR CORONA AND HIS SHITTY BEER WE CAN’T DO THAT RIGHT NOW. SO NEXT YEAR, MY GOAL IS TO DO MORE SHOWS AND SPREAD THE JOY OF RUMAHOY ACROSS THE WORLD.

Dead Rhetoric: What plans does Rumahoy have in the near future? I imagine it’s harder to have a grand pirate party with our current restrictions in place.

Captain Yarrface: WE JUST WANT TO TOUR MORE, WE HAVE BEEN STUCK ALL YEAR AND JUST RELEASED AND ALBUM AND HAVE NOT DONE A SINGLE SHOW FOR IT, WE SIGNED WITH A BOOKING AGENT SO NEXT YEAR IS THE YEAR OF RUMAHOY. 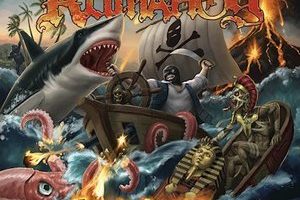 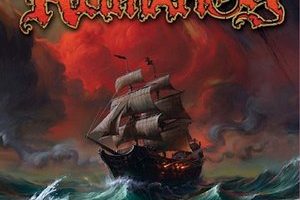