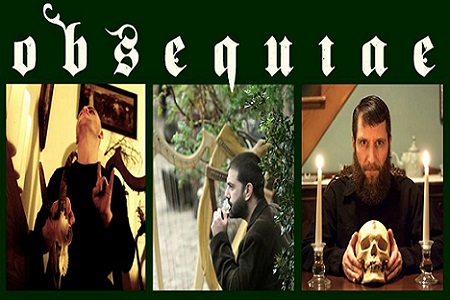 [9/10] This is what melodic-metal people (that is, those sincerely fond of metal) really want to hear. From the aloof wilderness of Minnesota, Obsequiae cross high-energy semi-technical death metal with nature-driven merits of ancient lore, tap into the tones of medieval music from long-forgotten faraway lands, and break the barriers that once stood between these medieval melodies and heavy metal to create marvelous work like their first full-length album, Suspended in the Brume of Eos. The charming creepiness of it will leave you rapt in breathtaking euphoria, and by that, lure you into an archaic realm submerged in a darkened mystique.

Listening to Obsequiae is like having one foot set in the present and the other in the past. As we can see from their Facebook page, they have numerous influences that they feel pretty passionate about. The best part about that is they don’t sound quite like any of the ninety-something bands they have listed, which is good because nobody likes a copy-cat. They don’t copy, but rummage through corroded times of yore; and with excellent musicianship, make something untarnished and armored in metal out of it.

This motley assortment of songs can captivate almost anyone. Naturally, most tracks take on a cunning, rapid-paced metal approach, like “The Wounded Fox,” “In the White Fields,” and “Arrows.” What makes this record so remarkable is that these grounded-by-metal tracks are knitted with mellow, melodious medieval-folky instrumental paragons of melancholic tranquility, such as “Sidhe,” “Wildes Heer,” and “Estas Redit.” Another noteworthy song, “Altars of Moss,” with its aromatic spirit, is a musical forest in itself, enough said.

As if the first vinyl release of Suspended in the Brume of Eos with its new haunting artwork doesn’t suffice enough, the band will be back in the studios by late May to record their second full-length album, title TBA, which will be released in autumn this year. So if you are at all impressed by Suspended in the Brume of Eos, besides the fact that there is virtually no reason not to be impressed, be sure to keep an eye on Obsequiae down the road.  – Bridget Erickson

[8/10] Self-described “castle metal” Minnesotans Obsequiae initially released Suspended in the Brume of Eos back in 2011 through Bindrune Producions.  20 Buck Spin recently procured the rights to release this album on vinyl for the first time, and will be releasing the band’s forthcoming follow-up later in 2014.  One listen to Suspended in the Brume of Eos and you’d be hard pressed to not think the band was coming from early ‘90s Scandinavia.  They take medieval/folk influences and slap them together with some melodic death/black metal (the majestic and complex kind, not the commercially viable type).  One clear influence is that of early In Flames (as in Lunar Strain/Subterranean early) and early Opeth, but also some Dissection and A Canorous Quintet, and even some Agalloch.

Most interesting throughout the album are the numerous short interludes between the tracks.  Many times these resort to acoustics and medieval folk pieces.  They have a seamless integration into the material and never take you out of the album’s mood, which is impressively done.  They work to pull the remaining tracks together and truly enhance what is already an entertaining trip back through the golden age of melodic death metal.

With the number of instrumental pieces, that’s not to say that the songs themselves are lacking.  On the contrary, the dual guitar melodies are of the grandest variety and tend to steal the show.  The Dissection-esque “Arrows” or the punchy melodies of “Atonement” should convince anyone that melodic death metal still has some life left in the tank.  The drumming is also worthy of note, with some differing patterns from the usual making the demand to be heard, sometimes even above some of the sweeping melodies found by the bucket load.

With Suspended in the Brume of Eos being three years old now, it’s hopeful that its vinyl re-introduction will gather some new blood to the fanbase.  Truly some inventive takes on the old guard, newcomers should get acquainted with this before the band comes back to stimulate your senses with round two. – Kyle McGinn 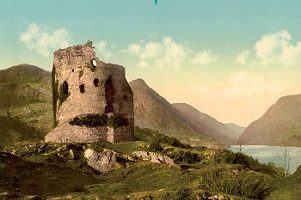 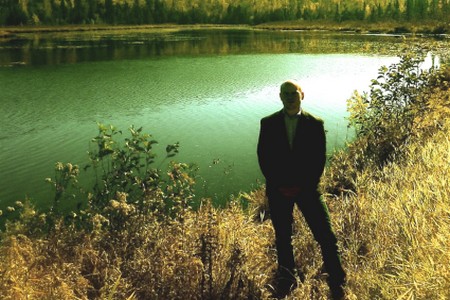 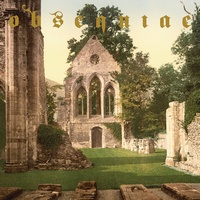