[8.5/10] Fortunate to take in a large portion of this Finnish melodic power metal’s discography through their career (for other webzines and magazines), Burning Point release their sixth studio record at an interesting juncture in their 16 years. Most bands would have already put forth a self-titled album much earlier (say first or maybe second), but the group over the past year has lost a bassist and gained three new members to expand to a sextet. Guitarist Pete Ahonen has handed the lead vocal reigns over to ex-Battle Beast vocalist Nitte Valo, so the transformation could result in more possibilities stylistically and sonically through this record.

Burning Point contains a mixture of new songs, 2015 versions of tracks from their first three albums, and a look back to the non-makeup Kiss days with their cover of “I’ve Had Enough (Into the Fire)” from 1984’s Animalize. The sequencing weaves between the new and the old, eschewing any intro set up and getting right down to the power metal proceedings through the double bass anthem “In the Shadows” – Nitte clearly proving her worth through upper register note proficiency but also amazing control during the stair step bridge section. Keyboardist Jarkko Väisänen adds a little more symphonic pomp to the remake of “All the Madness”, while guitarists Pete Ahonen and Pekka Kolivuori benefit from modern axe tools to give “Into the Fire” a beefier attack.

Of the newer songs, the band continue to emphasize strong harmonic foundations and consistent speedy riff combinations a la Stratovarius or early Sonata Arctica while keeping the chorus hooks tight and in the preferred range for active audience participation – as “Find Your Soul” illustrates, while a more Rainbow-oriented effort like “Dawn of the Ancient War” gives the listener a perfect mid-tempo anthem to champion. Nitte’s vocals reign throughout- Pete has always delivered vocally for Burning Point in the past, but her supreme mastery of screams and melodies should give the band a lot of flexibility and dynamically limitless horizons for their brand of power metal. They even do justice to “I’ve Had Enough (Into the Fire)” – Nitte easily hitting Stanley’s falsettos during the chorus, and the organ passage behind the lead break gives the song new life.

Burning Point for 2015 start a new chapter on a high note, as this is European melodic power metal the way the true followers desire it to be. – Matt Coe

[7/10] Finland’s Battle Beast – for reasons more head-scratching than others – have enjoyed a chart-topping year in their native Finland with Unholy Savior. The jury is still out whether the band is actually legitimate, or just another Finnish flash in the plan ala Lordi, but, their success works against the notion that young/newer bands aren’t developing enough at a rate to achieve headliner status. Burning Point on the other hand, have been a functioning entity since 2001, having recently turned to ex-Battle Beast vocalist Nitte Valo to jumpstart their career, which up until this point, has been a few ticks above respectable. Will the Battle Beast name recognition push the band to the next level? Maybe not.

Featuring five new songs and six re-recorded older tracks, the band’s self-titled effort is a curious one. They’ve had the same lead vocalist (Pete Ahonen) for their entire career; replacing his vocals with Valo’s might put them in a precarious spot with long-time fans, especially as Valo is certainly a polarizing type of vocalist. She’s sometimes shrill to the point of distraction, like on the chorus for “All the Madness” or up-tempo verse portions on “Dawn of the Ancient War.” Whereas most power metal is handled with a least some type of glossy sheen in the vocal department, Valo is all sandpaper and flash, which is one of the reasons why Battle Beast were essentially in a stalled-out position while she was in the band.

The fact that new songs are mixed in with older songs might not be a big deal for those unfamiliar with the career of Burning Point, which presumably on these shores, could be a lot of folks. As such, the band’s self-titled jaunt might have been a cool experiment to find out how Valo’s voice worked on older compositions, but the band’s relatively ordinary, if not unexciting band of 80s-tinged power metal wasn’t much of a hoot in the first place. – David E. Gehlke 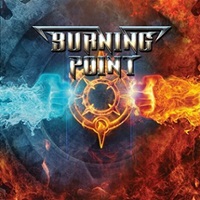 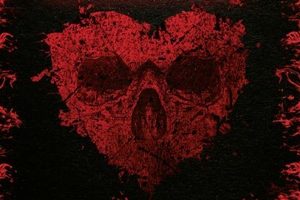 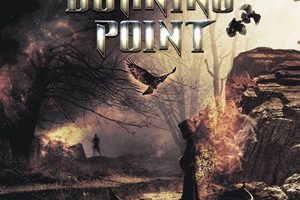