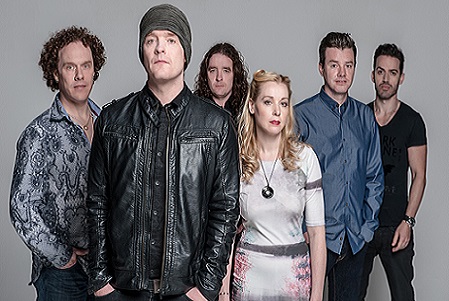 [9/10] Anathema, a UK band with distant ties to the world of heavy metal which are no longer intact, nor have been for a long time, remain dear to the hearts of many a metal fan as is evidenced by their presence across the world of metal publications and blogs. It’s blatantly obvious why that is too, they’re a brilliant band regardless of genre, and since they were once one of us, they’ll always be one of us. That said, were their roots different, I wonder if this music would even be on our collective radar (those of us who mostly keep away from the world of mainstream popular rock…does that still exist?). Distant Satellites is not a metal album by any stretch of the imagination, and seeing this band still in the metalsphere just goes to show how good they are. This is progressive, emotional, mature alternative rock embraced the world over by metalheads. Take this in the spirit in which it is intended, but Anathema is kind of like our Coldplay. Cue those telling me to fuck off in 3..2..

Aside from an average song length of around six minutes, Distant Satellites is certainly an album with mainstream appeal. Will this be receiving any attention from US radio stations? If I had to guess I’d say no chance, as American broadcast radio is by and large gutless, tasteless, and totally fucking horrible (with a few rare exceptions such as KEXP in Seattle). Unlike much of the music we review on DR, I’d confidently say that Distant Satellites would go over well with music lovers of either gender, and from Millennials to Gen X-ers. The common denominator, however, is an appreciation for the emotional side of music. That part is a must.

Musically, keyboard and piano washed with strings create the bulk of the melody on Distant Satellites, with guitar adding some gravitational pull on tracks like “You’re Not Alone” and some Pink Floyd-ian atmosphere searing on track “Anathema”. Not to say guitar doesn’t play a vital role throughout – it does, but its use is largely ethereal. E-drums and electronics also play a role, as in the album’s title track, evoking an almost ambient techno feel. Rhythmically, the drum work of Daniel Cardoso is stellar and vibrant, as displayed on the excellent lead-off track “The Lost Song Part 1”. Potent male-female harmonized vocals between Vincent Cavanagh and Lee Douglas (especially in “The Lost Song Part 2”) cover Distant Satellites in emotive sweeps, the vocalists giving strong showings from start to finish.

Once again, now twelve albums deep, Anathema has delivered another gem. Distant Satellites is an album existing on the intersection of lovesickness and joy, where powerful feelings swell into catharsis and flow into soothing touches of beauty. – Daniel Keating

[9/10] Listening to a new Anathema album is quite often like an adventure. The way that they’ve changed gears over the years sometimes gives the notion of “what are they going to come up with this time” in the best way possible. While they usually follow some sort of logical progression from the last album, they always manage to break new ground along the way.

Coming off of Weather Systems, arguably their strongest effort in years (“Untouchable I and II” are still simply ethereal), some tracks on Distant Satellites do not sound too far removed from said album. It even opens with a similar Part I and II, this time in the form of “The Lost Song” (of which Part III occurs later in the album). The strings, stunning vocal harmonies of Cavanagh/Douglas, the way songs start mellow and work their way towards soaring heights (“Ariel,” which at times seems to shadow some of their older work in it’s melodies), and touches of piano are nothing new to later day Anathema. Yet it doesn’t stop “The Lost Song Part II” from being Lee Douglas’ most shining moment thus far, nor keep “Dusk (Dark is Descending)” from taking the Anathema classic emotive and classic chorus and bringing it to new heights.

It’s once “You’re Not Alone” begins that things take a shift in new directions. While the album does seem more vocal oriented and stripped down, “You’re Not Alone” simplifies things to a repeated use of a few lines repeated through the track, as a building electronic presence begins to take shape. The final two tracks, “Distant Satellites” and “Take Shelter” also bend more towards this direction (though not quite as dramatically). For us “metal types” it may take a few listens to get past these initial changes but Anathema’s sound is never compromised, only elegantly expanded. The Cavanaghs are seemingly masters at knowing how to keep their sound intact while adding new shades to their ever-expanding range.

One always hopes that with each successive Anathema release that it will be the one to finally break them through into the mainstream. There’s no metal band that has undergone such a dramatic transition over the years and still retains fans the way that Anathema has. It’s high time that the rest of the musical world started to pick up the great things they are doing. – Kyle McGinn 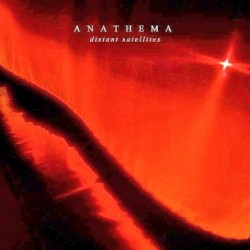