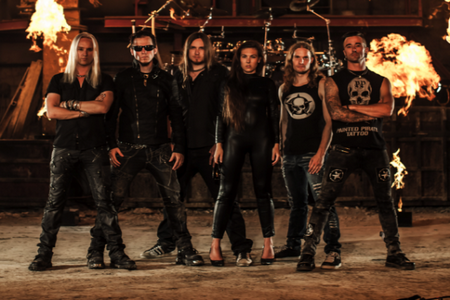 [9/10] As the seemingly constant late 1990’s ad-run of Monster Ballads proclaimed, “every bad boy has his soft side.” For an avid technical death metal fan, such is the most rational justification that can be implied by the sheer joy that is exerted when Amaranthe’s third album, aptly titled Massive Addictive, begins to blast through the loudspeakers. After two albums that have gained the band a rather large (at least in Europe) following, this will surely be the album that brings them the international acclaim they’ve been pushing for.

The band’s unique hybridization of many metal styles (and a number of non-metal ones as well, much to the chagrin of many dyed-in-the-wool metalheads) is at it’s strongest yet with Massive Addictive. Whereas The Nexus felt like a retread of the debut, Amaranthe has successfully managed to cohesively incorporate more electronic (even some dubstep) and poppy influences into their melodic death/modern metal meets power metal meets pop approach. The electronic edge of numbers like lead-off single “Drop Dead Cynical” and “Trinity” will likely cause some to balk at the mere notion of their mention, but Amaranthe does a masterful job of balancing all their influences. On the heavier side of things, there’s the melodeath ripper of “An Ordinary Abnormality” and the chugging “Danger Zone.” But it’s the heavy riffing and thundering dance beats of “Digital World” that will likely bury it’s way into your brain for weeks.

The other unique piece to Amaranthe is their usage of three vocalists, which also hits new highs. Elize Ryd embraces her inner pop diva on a number of tracks, and is rightly the band’s centerpiece at this point. However, the results would be far less impressive without her seemingly perfect counterpoint, Jake E Berg. New growler Hendrik Englund also does his best to give the band a harder edge when given the opportunity (see “Dynamite”). The choruses on this album could give most pop bands a run for their money. The afore-mentioned “Digital World,” “Unreal,” and “Exhale” really capture the essence of how to balance multiple vocalists in a song, with each member pulling their own weight. There’s even a knockout ballad, “Over and Done,” that could easily slide onto the earlier referenced Monster Ballads album.

Massive Addictive is a confident album that caters to Amaranthe’s strengths and breaks some new ground at the same time. Unafraid to be exactly what it is, you’ll be hard-pressed to find a more genuinely infectious and fun album this year. While it may not be for everyone, those who have enjoyed the band’s charm in the past will find themselves enamored with this one. And look out, with the cross-over potential here, expect to hear more and more of Amaranthe in the months to come. – Kyle McGinn

[8.5/10] Bursting on the scene a few years ago through their self-titled album in 2011, the Scandinavian sextet (mostly Swedish, part Danish) Amaranthe can be considered an amalgamation of various metal styles: power metal, melodic groove, and bursting with electronic/symphonic elements that include 3 separate vocalists in the word front (male and female clean, plus male growls/screams). Putting out a series of stunning videos and energetic live performances over the past 3 years, the follow up The Nexus is a guilty pleasure ‘addiction’ in my collection. There’s something about the right ABBA/Europe oriented vocal harmonies, strong guitar/keyboard hooks, and this simplified power groove template that grabs me every time, especially when the songs are delivered in 3-4 minute snapshots.

The third album Massive Addictive is the first for new harsh vocalist Henrik Englund, but continues their great relationship with producer Jacob Hansen at Hansen Studios. At this point establishing their sound, Amaranthe need to take a few chances in my opinion to sustain the strong buzz they have developed, and I do think the 12 songs balance the tried and true band sound and throw a little more commercial rock nuances and differing, swirling electronic elements to prove they aren’t a one or two trick trend act.

Guitarist/keyboardist Olof Mörck (also of Dragonland) has a ripping guitar tone and adds to the basic sound through a number of keyboard layers, which can be prominent in opener “Dynamite” or more subtle as in the first single “Drop Dead Cynical” that has a drum tempo tailor made for live clapping or sport arena fervor (think Gary Glitter “Rock and Roll Part 2”). The tempos possess that Euro-dance feel at times, which combined with power metal guitar chords and bright, 3 part vocal harmonies makes for instant hook and sing-a-long appeal – highlights on this album including “Digital World”, outer world/cyber oriented “Danger Zone” and the speedy, semi-melodic death like “An Ordinary Abnormality”.

Where Amaranthe excel beyond other bands who try to combine multiple vocalists is the fact that all 3 singers (Elize Ryd, Jake E Berg, and the aforementioned Henrik) all work best for the benefit of each individual song. It’s important to have versatile melodies and ability to pull off creatively what’s placed in front of you, and these three trade off seamlessly verse to verse and then combine to deep harmonic bliss during the choruses.

Given the current North American acceptance for symphonic/gothic oriented metal, Amaranthe have all the tools and proper promotion behind them to make a major breakthrough in a market desperate for sustainable future headliners. Massive Addictive is another collection that will further their cross-pollination and hopefully prove that you can have a multi-pronged attack while writing catchy material that lives on and on. – Matt Coe 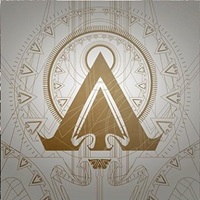