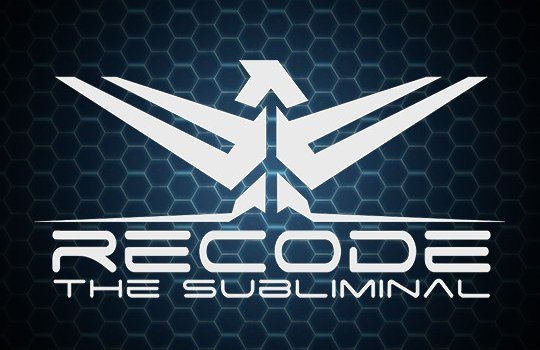 After coming out strong with their The Cost of Every Man debut, multinational act Recode the Subliminal have returned with their second release, Disconnected. Again going the conceptual route, this time they look to the future with biological augmentation through the scope of a story inspired by the video game series Deus Ex. Given the band’s already somewhat futuristic take on the melodic death genre, it’s a perfect fusion. Hard-hitting riffs, sweeping melodies, and plenty of vocal acrobatics by vocalist Ryan Strain. Given our excitement over the recently released album, we fired off some questions, to which Strain and company gave us some further in-depth information about conceptual albums, Deus Ex, and melodic death metal as a whole.

Dead Rhetoric: Be it that members of the band live across the globe, how did Recode the Subliminal come together in the beginning?

Ryan Strain: Recode started after our original band, xXXx, disbanded. We’re all from the Czech Republic and Slovakia, so we knew each other as friends and family. When we decided to start Recode together, we searched for a new vocalist, and decided to take our search online. We eventually started working with Ryan from the USA, and from then on, we were strictly a “studio” band.

Dead Rhetoric: When it came to your second album, Disconnected, what did you want to put a greater emphasis on compared to The Cost of Every Man?

Strain: I don’t think there was ever a conversation about what we wanted to do differently. We just went with the flow and came up with ideas. We knew we had all matured as writers and musicians since the first album, so we had higher expectations of each other. After we had about 5 instrumentals written, we knew we wanted to turn this into a story album. After deciding on the theme and the story, the rest just fell into place.

Dead Rhetoric: What drew you towards using Deus Ex as a concept for the new album?

Strain: That was Devel’s idea. He was feeling inspired by some of the videos and trailers associated with the newest game, and we felt the story could be expanded on and made a little bit deeper. I think we’re all fans of the game series, and our music fits the style, so it just felt right.

Dead Rhetoric: What do you feel was most important in the way that the story was told?

Strain: I think this story is a good example, though exaggerated, of how society reacts to certain traumas. If we’re not careful, we can be swept up in mass outrage and the influence of propaganda. Out of fear, we can turn against our neighbors or the people we love. I guess, a lesson we could all get out of this is to trust your own instincts and think for yourself.

Dead Rhetoric: Being that everything is rooted in the idea of biological augmentations, do you have any concerns about the rapid growth we’ve had in this area of biotechnology?

Strain: Not yet, but hopefully we’ll all be long gone before something like this happens in reality.

Dead Rhetoric: With two albums that both feature a concept in some form, would you say this is the preferred style for the band? What do you like about using a concept for an album?

Strain: I like the idea of telling stories through music. Some bands write individually-themed songs about their personal life or their struggles, and some bands tell stories. Both can be good depending on what you like, but I think Recode is more of a story band. As a group, we want to draw you into different worlds and create an atmosphere. I think everyone can appreciate a disconnection from reality every once and a while. It also makes the writing process more enjoyable when we already know the story and we know what each song is going to be about.

Dead Rhetoric: How did you end up working with Katie Thompson for “In a Different Light?”

Strain: We posted on Facebook that we were searching for a female vocalist to sing on one of our tracks. Katie was recommended to us by a long-time fan. Ryan messaged her and worked out the ideas, and within a couple of days, we had her tracks, and we loved them instantly. She fit the part perfectly and she nailed it on the first try.

Dead Rhetoric: The cover art for Disconnected is poignant – what can you speak to about the overall idea behind it?

Strain: We went with Tullius Heuer again for the art. He did such an amazing job on our first album cover that we already knew he was going to be our guy from now on. As with the first album, we told him the basic theme and threw him some ideas, but the design was his own creation. We give him free reign to do whatever he wanted, and the results were amazing. The robotic hand is obviously the woman in our story, and she’s grasping the hand of her husband as they meet again after being separated for so long. The police lights illuminate the background as our couple make their way to the “promised land” for augmented people.

Dead Rhetoric: There was some talk on your Facebook page about pressing a cd of Disconnected. Is it tough as a smaller band to have to balance fan wants alongside your own financial security?

Strain: Of course. We want to be able to give our fans some amazing things like CD’s, shirts, LP’s, etc. But unfortunately, these things are very expensive, and we would have to make a huge investment on the hopes that we would make that money back. We’re not on a label, and everything we do for the band comes out of our own pockets. We all work jobs and are barely able to support ourselves and our families, so making a risky investment like that just isn’t practical right now. When our fan base grows and we have a larger audience, then we can think about investing in some goodies.

Dead Rhetoric: Being that the band is firmly in the melodic death metal movement, what do you like about the genre? Do you feel it’s over it’s ‘glory days’ as some frequently say?

Strain: Melodic death metal has transformed, and covers a wide variety of different styles now. A lot of people consider us MDM, but some others consider us Metalcore. Honestly, it doesn’t matter to us. We’re all fans of metal, rock, and other styles of music, and we try to incorporate a little bit of everything that influences us. There are so many great new bands that fit the MDM profile, but I just think the younger generation of metal fans seem to gravitate more to the deathcore/metalcore side of things these days.

Dead Rhetoric: The band had an online listening party and an event page for Disconnected’s release, alongside more traditional methods like releasing songs. Do you feel the variety in methods were helpful in getting the word out?

Strain: Everything we can do to get the word out helps. We don’t really know what we’re doing, so we just come up with ideas on how to get people’s attention. If it fails, we try something else.

Dead Rhetoric: What is next down the road for Recode the Subliminal?

Strain: We’re already talking about what we want to do with the next record. If you’re interested, follow us, and we’ll let you know! 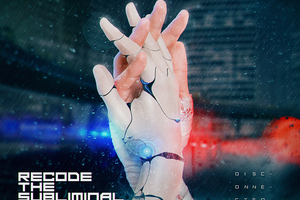 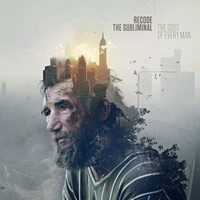