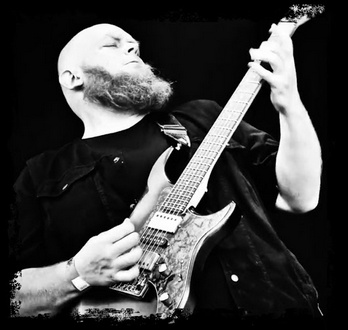 Whether you realize it or not, Ray Suhy is probably someone that you’ve heard more than you may think. Between his current work in Six Feet Under and Cannabis Corpse, previous work in East of the Wall, or his solo material, he’s a persistent force. He also does a fair bit of teaching guitar as well, working to make an even longer lasting and impressionable mark.

His latest solo release is that of Fulmination, an instrumental EP with all the heaviness that one could crave, but never suffers from the over-the-top musicianship that these types of albums tend to divulge into. It’s also on the shorter side, ensuring that you’re more inclined to listen repeatedly instead of get tired out from the process before it finishes. With all this in mind, we were able to pick Suhy’s brain about his approach to teaching, how solo work differs from full-band material, and some of the challenges he made for himself during Fulmination.

Dead Rhetoric: What would you say the goal of the Fulmination EP was, either musically or creatively?

Ray Suhy: My goal with Fulmination was to create an instrumental guitar record that was still riff based, heavy, cathartic, and had interesting harmonies and solo sections. I came down with tendinitis about 6 years ago and after that happened I completely revamped my technique and it led me down some new roads. My playing on “Fulmination” is a result of this.

Dead Rhetoric: You’ve been piecing together pieces of Fulmination for seven years. Did sitting on it for some time allow it to bloom, so to speak?

Suhy: At the end of the day, that was the case. I was able to add in transitions that were needed and flesh out certain sections that needed a more orchestrated approach. I didn’t want this thing to be a completely technical, show off-y kind of record. I wanted it to be a good listen that was exciting and intense above all else.

Dead Rhetoric: It seems like you had specific goals for yourself with each of the tracks on the EP. Did that make writing it easier or more challenging?

Suhy: I definitely had specific things I wanted to get across with each song. On “Cerulean,” I’ve always loved the key of A minor. I wanted to write a triplet based song in A minor so I limited myself to only the notes A,B,C,and E and tried to make as many varied Riffs as I could using octave displacement.

With “Fulmination” I wanted to write an open string based riff in the vein of Mastodon and I used the C melodic minor scale to give it a little twist. I wanted to contrast that with an eerie solo section that built in intensity.

I wanted “Subjugation” be super heavy, chaotic and for it to build continuously.

“Cess Pool” was an interesting one. I was just messing around with sounds one day and I Started layering what would be come the intro. I layed down an acoustic improvisation then effected it and reversed it to create some eerie textures. This is the only song on the album in standard tuning so I spent a while trying to make sure it was as heavy as the rest of the EP. The middle riff is one of my favorites on the EP.

Dead Rhetoric: Is there any added challenge to writing an instrumental/solo album as opposed to a full-band release?

Suhy: There definitely are some challenges when putting together an instrumental release. Especially with this style, I wanted to make sure that no one missed the singing/screaming that’s normally there. At the same time, I didn’t want too much of the standard instrument guitar “melodies” all over it. It was a tough balance that I struggled with quite a bit.

Dead Rhetoric: Do you feel that an explosive release like this works best as an EP where you can get-in and get-out so to speak instead of tiring the listener?

Suhy: That was a big part of this EP only being 4 songs. I just wanted it to be an intense listen that left a mark on you with completely tiring your ears due to its density. I have a lot more material in this style ready to go and will probably try and start recording another EP with Victor very soon.

Dead Rhetoric: With an extensive training in multiple genres, what do you enjoy about playing metal?

Suhy: The intensity definitely. Also, metal is one of the more open genres creatively. Rhythmically and harmonically you can do whatever you want. I can throw in jazz chromaticism and chords mixed with grooves and riffs that I couldn’t get away with in other styles. Ultimately, it’s the most cathartic genre for me and the one that lets me express myself in the most honest way.

Dead Rhetoric: What are some of the biggest take-aways that you have learned by being involved with multiple bands?

Suhy: I’d say the biggest thing I’ve learned is that preparation and hard work are the most important things for a musician. Whether it was joining East Of The Wall, Cannabis Corpse or Six Feet Under, each time I had to dig a bit deeper and learn to work harder to absorb the style of each band and to really get comfortable with the material. Routine is a big thing for me. I wake up, make breakfast and then practice as much as I can before I go teach. This keeps me going forward and keeps me progressing towards whatever goals I might have. All of the best guys I’ve been around the past few years have been really hard workers and that’s definitely helped to push me harder.

Dead Rhetoric: As a guitar teacher, what approach/approaches do you feel works best for your students?

Suhy: I try and take a unique approach with each student that I teach because we all learn differently. That being said, I’m big on fundamentals. Sound technique and the basics of music theory are so important. I’ll reinforce those with exercises as well as show them examples in songs. A lot of teaching is problem solving based. If a student can’t play something correctly, it’s usually a matter of their picking grip being a little off or maybe the angle of their left hand is wrong for the part that they’re trying to play. Teaching has really helped me hone in on my own technique and has been invaluable in many ways.

Dead Rhetoric: What do you enjoy best about working with upcoming musicians?

Suhy: I like giving deserving people a shot and to help people get to the next place in their playing/career. Without people doing that for me, I wouldn’t be talking to you right now. As musicians, I feel like we should help pass the torch along. With Victor, this kid has been incredible since he was 14. After hearing him play, I knew he could pull off the drum parts I had programmed and then some.

Dead Rhetoric: Between your work in Six Feet Under and Cannabis Corpse, solo writing, and teaching – do you find life to be a bit of a balancing act?

Suhy: It can definitely be a bit difficult at times trying to find time for everything. I make pretty detailed to-do lists and try to make some progress on everything each day. The month before a tour is usually consumed by practicing songs so other projects definitely get put on hold. Thats part of the reason that it took me a while to get “Fulmination” out.

Dead Rhetoric: What upcoming plans do you have, with any of your projects?

Suhy: Cannabis Corpse is going to releasing a new record in September on Season Of Mist records. I’ll be doing some touring with them in October on that. Later in the year I’ll be heading to Europe with Six Feet Under. We also have Jack Owen on guitar so that’s going to be amazing to get to play some Cannibal Corpse songs with 2 of the original guys! I’m also going to be releasing a jazz quartet record and a duo I did with a percussionist later in the year. 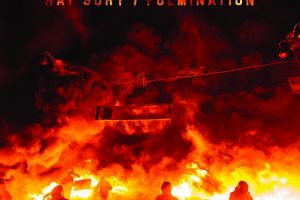