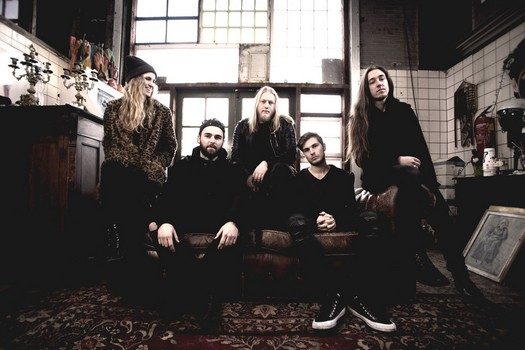 Dead Rhetoric: I know you do guitar lessons as well – what do you feel works best in teaching an instrument to someone?

Bechtold: I always start off with “What do you want to learn?” I think that’s the most important thing. If they have never played guitar before, I ask what music that they like. It’s very different if you are going to play electric or acoustic guitar. You aren’t going to play AC/DC on an acoustic guitar. You can do that, but it doesn’t sound as cool. So if you like that type of music, why would you pick up an acoustic guitar? So that’s how I start off with it. For people that can already play guitar, I like to do troubleshooting. Most of the time, people have issues with a technique or skill or song. It’s interesting to start off with that and check out how they play. Most of the time there are things to improve in those areas.

Dead Rhetoric: You have a guitar endorsement, but also one with Monster Energy – how did they come about?

Bechtold: For Vandermeij guitars, I had played with some other bands as well, and I wanted and needed a different guitar. I was looking around for something new and I tried a few but couldn’t find what I was looking for. Then I got an email from Vandermeij guitars. I hadn’t heard of them before, so I checked out the website and was like, “Whoa, those guitars look really sexy!” So I contacted them back about trying some of their guitars. They are in Amsterdam so I went and picked up two guitars to try. They really rocked my world, so I’m pretty happy with the change. They are perfect for what I do at the moment.

Monster Energy contacted me and asked if I wanted to be one of their artists. They like me and what I do. I was surprised that they contacted me as well, but it kind of makes sense. I really love loud music and extreme sports. So I said, “Why not?” They help me out – there are some playthroughs and lessons coming up for the Purest of Pain album, and they arrange everything, such as the video recordings. It’s pretty cool. So that’s how we work together. I actually wanted to do this [playthroughs] but had no idea how, so they arranged it.

Dead Rhetoric: So you are very busy with bands – what do you do when you have a free minute?

Bechtold: There aren’t many of those minutes I have to say. I like to see my best friends. I have a few very close friends that mean the world to me. What would living be without friends? I really like to hike as well. If I go on vacation, I like to travel. I like to go to other countries, and I like to pack my backpack and go hiking. I did Norway last year, and I’m planning to do Scotland. I would just like to bring a tent and get some fresh air and see some beauty in nature. And I like drinking beer [laughs].

Dead Rhetoric: So are you a craft beer person or do you take what you can get?

Bechtold: At the moment my favorite is BrewDog. I’m really into IPAs at the moment. Those are my favorites. I like to just try different stuff as well, it’s interesting. I’m also into gaming. I haven’t done much lately but I really like Elder Scrolls. I really hope there is a new game coming, someday.

Dead Rhetoric: When they are done recycling the last one for the 500th time…

Bechtold: And then it takes another 5 years to be made. Every time that there is a new Elder Scrolls game coming out is when I update my video game console [laughs]. I used to snowboard a lot as well. I’m actually better at snowboarding than anything else – walking or guitar playing. But I don’t do it much anymore because I’m afraid of breaking something and not being able to play anymore. I don’t dare to take the risk, so I just go hiking and be an old lady [laughs].

Dead Rhetoric: What plans are coming up with Purest of Pain, as well as any band that you are working with?

Bechtold: We are going on tour with Delain in North America. In the meantime, Purest of Pain will be releasing the album, as well as a video clip. I’m going to upload some playthroughs and lessons to my personal channel on YouTube. Vandermeij is going to build a new guitar for me, which is going to be super cool. There’s a new MaYan recording as well. I’m going to record acoustic guitar tomorrow. I didn’t put a lot of myself into that album – there’s only one riff, and acoustic guitar, which is kind of sad but most of the album was written when I was really busy doing the Purest of Pain album and I wanted to focus on that. It’s a shame, but I couldn’t have done anything else really. With Delain, I’m going to try to write a few things.

I really want to focus on writing new music for myself. I’ve been thinking about when the Purest of Pain album is done, what I’m going to do next. This [Purest of Pain] really feels like I’m putting an end to my teenage years. The music is old, and I couldn’t continue because it was it was almost like a demon. I couldn’t write new music – I couldn’t do anything really. It’s refreshing that we finished this, and now be able to start something new. So I’m figuring out what it’s going to be and how it’s going to sound. This week I came to a conclusion, so I’m really excited about it. It should be really easy to write new music. I think it will be much faster than the Purest of Pain album.

Dead Rhetoric: Will it be heavier?

Bechtold: It will be different. It depends, because what is heavier? I’m actually planning on not doing grunts [vocally], but having singing. What I’m thinking of at the moment at the moment would be like a heavy rock singer. More like the last Asking Alexandria album, or Nothing More. Singing with distortion, with a lot of melody…someone who can scream as well. But that’s not the main focus. I like melodies. When you grunt…the guy from Architects is one of the few guys who can actually scream and kind of mix melodies in there, which is awesome. But I want something with more singing. It won’t be happy songs, because I like sad music. They will be intense. I want to infuse some synths into it as well. It’s going to be pretty different. It will stay metal though. It will be a more modern, but new once again.

Dead Rhetoric: I’m imagining that would be with a different line-up as well?

Bechtold: Yeah, like I said before, it’s refreshing to play with different people. What I’ve written so far, I think it could be pretty cool. I really enjoy it myself, which is the most important thing – doing something that you like and that you can say “This is what I stand for.” It’s kind of hard sometimes to not lose that – you get dragged into so many situations and it’s like, “What do I like?” I think this music really stands for [what I like]. The Purest of Pain album as well, but that’s a lot from music that I liked as a teenager. It’s not just for teenagers of course, but the influences are from the music that I really loved when I discovered metal. But now I do listen to different music, so I’m going to make something different. When it comes to music, everyone always has their own preferences. I still like the bands that I used to listen to. I will probably stay in love with In Flames until the day I die. That will something that you can always hear back [in my music]. Those teenage years really form you, especially in music. You will never really hate the things you liked back then. 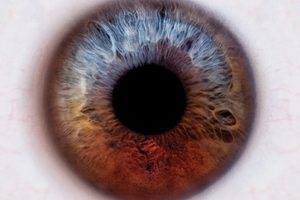