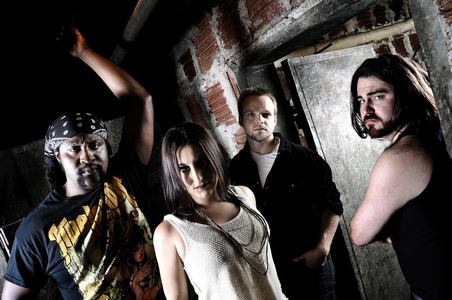 Dead Rhetoric: Where do you see the state of the music and metal industry today? How does Protean Collective breakthrough against the hundreds of thousands of artists competing for limited consumer dollars and precious attention?

Zappa: As an artist/ musician, it is the best time to be able to create music. Because we are able… for Collapse, we recorded the drums in a studio at New Alliance up in Cambridge, but the vocals, guitars, bass, and layering we were able to do ourselves at Steph and Graham’s apartment. You can still end up with a good quality product on a cheaper level. To be able to separate ourselves from the crazy amount of bands out there- we don’t want to copy any one band’s path- if you walk through someone else’s path, you can’t double things and expect lightning to strike twice going through the same thing. We want to make our own direct path.

Bacher: I think all we can do is make the absolute best music that we can and try to make music we really believe in. It’s easier for us to push if it’s music that we really believe in, and when it’s out- we have to do everything that we can to make as many people listen to it as possible. Hopefully they do, and hopefully they like it. If we have that perspective, the very worst case at the end of the day is we made music that we think is awesome that nobody else cares about, and that’s still cool.

Zappa: Exactly what Graham is saying – you should be your first fan of your music. You should love your music more than anything else right now. It should be something you want to put on a playlist, or a mix CD. Make the music that you want to hear first, and if people want to connect with it- that’s awesome.

Goyer: You do have to believe in your music. There is so much out there right now. You have to make that extra effort to get people to listen to your music. We just have to get people to listen to it- and you have to do a lot of different things. You can do videos, playthrough videos, any different angle you can find to get it to people is important. That’s something that we are trying to do a lot going forward. If we have a video every week, reaching out to people like you getting the album reviewed, hopefully that will work. We just try to work at it every day.

Ehramijan: Something that is a strength for us, which can be industry based or sales based, we are going to engage our audience with Collapse, and try to develop a newer audience. We have had a lot of success going through different mediums that we weren’t necessarily using before. We want to mix our platforms, believe in our music and believe in our product. This has sparked a larger reach, and a newly engaged audience that wants to spend time with us on and off stage.

Zappa: We are also very adamant about supporting other people that do make art. If they are a filmmaker, if they are musicians, if they paint – we do our best to support them on our social networking and put them out there as much as we can. If they are making something as a result of an influence that we did, we love giving back to others.

Dead Rhetoric: How do you define success at this point? And where would you like to see Protean Collective in the next three to five years?

Bacher: We want to be playing shows and touring all the time.

Ehramijan: The goal really for the next three to five years is to tour as much as we can- and if there is another album in there, we’ll see. Tour, tour, tour- that’s what we want to do.

Dead Rhetoric: What would you each consider three of the best albums of all time that fuel your outlook on music – they can be metal or otherwise? Also, what has been the best concert you’ve attended purely from an audience member perspective?

Zappa: Billy Cobham- Spectrum, Michael Jackson- Off the Wall, Rush- Permanent Waves. The best concert I’ve ever been to, I have to go with Rush- 30th anniversary tour. They played everything I ever wanted to see, and had the best time doing it. I walked away completely satisfied.

Ehramijan: For albums I’d have to go to ones that I go back to over and over again. Queens of the Stone Age- Songs for the Deaf is easily an album I could listen to forever and be happy. While we were working on our new album, one of my favorite albums was Ihsahn- Arktis. Another one that blew away was the new Vektor- Terminal: Redux. As far as shows go, Tool on their 10,000 Days tour. That was my favorite show, I must have been 16. What they did with the stage, all the visuals- it was just consistent, flowing show.

Bacher: There are too many albums to think of, I can scroll through my phone and list a million. If I think about ones that stick to me when I was starting to getting into progressive rock and progressive metal- In Absentia by Porcupine Tree, In the Court of the Crimson King- King Crimson, and another huge influence for me was Badmotorfinger- Soundgarden. Hands down the best show I’ve ever seen was King Crimson a couple of years ago, they played down in New York with a double trio set up and it was just amazing.

Goyer: I don’t know if I can do the album thing, I’m really bad. I’ll do show first- one of those shows that got me was when Leprous came here, the way they performed conveyed the emotions of the songs. That’s how I want to be when I’m playing, raw with great emotions. I don’t know about albums. I can tell you the albums that got me really into music. One of them is the reason I go to Berklee and play guitar is Dream Theater- Awake. And even younger, Metallica- Master of Puppets. The first time I saw the full transcription of “Master of Puppets” in the back of a Guitar World magazine, as well as Cowboys from Hell- Pantera. Opeth- Blackwater Park as well.

Dead Rhetoric: What plans does Protean Collective have for the next twelve months in terms of promotion for the record? Are there any other side bands/activities for the members you’d also like to fill us in on?

Bacher: We are getting tours together, and we are going to do a lot more nationally than we’ve been doing. We are trying to spread out our live audience to as many people as possible. Obviously to spread our internet activities too. How many people can we get to listen to this album?

Zappa: I also play in a folky, kind of cabaret-ish jazz band called Walter Sickert & The Army of Broken Toys, and I play in a group called Robot and the Wizard, which is electronic /new wave rock. That’s it for right now.

Goyer: In the next twelve months we are going to try to make a lot of different video projects to go along with the music. It’s a really good way to get people engaged. We hope to do a lot of that too. 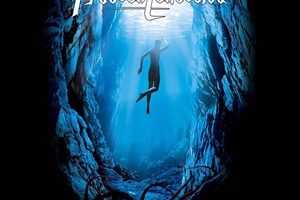