The melodic death pool has become so diluted that it’s become increasingly more difficult to figure out who’s legit, and in turn, who’s not. The main issue has become these flighty, no-good metalcore bands parading around as such, often claiming their proper descendants of the Gothenburg sound when they’re more interested in beatdowns and haircuts. (My, this is turning into a rant.) Those bands, as we’ve come to learn, have little staying power. Australia’s Orpheus Omega, are the real deal. (Or else we wouldn’t be writing about them, obviously.)

Formed in 2007 simply under the name “Orpheus” until 2013, Orpheus Omega has three albums to their credit, the most recent being Partum Vita Morta, which was released this past summer by Kolony Records. A visceral, yet hummable, elegant, yet heavy offering, Partum Vita Morta offers up everything that is right and true about melodic death metal, even doing a few clean vocal drive-bys, all in the name of keeping things memorable. It’s one of the year’s real sleeper albums, but if the success of their fellow countrymen Be’lakor is any indication, the world tends to catch up to the Australian scene eventually. Here to wax on the new album and much more is singer/vocalist Chris Themelco. Read on…

Dead Rhetoric: You’ve been active since 2007.  Can you paint a little bit of a picture on the band’s development over the years? Seems like you’re steadily gaining some traction in the Australian and global metal scene…

Chris Themelco: It’s been a bit of a roller coaster for us, especially over the last three years, but we’ve always shared the same goals and vision, and that’s really what’s gotten us to where we are. We’ve always had a very hard working attitude and that’s helped us achieve what we’ve done so far. Lots of touring/ writing and the rest.

Dead Rhetoric: Have you encountered any negative effects and/or confusion upon tacking “Omega” onto your name?

Themelco: It was a pretty smooth transition, actually. We made a very definite and quick point of it all and really from there it was almost a non-thing.

Dead Rhetoric: Partum Vita Morta is for your first Kolony Records. How did you hook up with the label?

Themelco: Working with Kolony came out of a lot of great talk between the label and the band, and mostly from the respect and admiration we had for the label and the bands they work with, including our own fellow Aussies, Be’Lakor. After sending off some demos for the new album, it became clear to us that Kolony shared the same vision we did with what we wanted to achieve, and thankfully, here we are, and we couldn’t be happier with how that worked out.

Dead Rhetoric: The album is suitably modern, yet catchy and memorable. There’s a real trick to doing melodic death metal right, and clearly, you’ve done it. To you, what makes a good melo-death song?

Themelco: Thank you for the kind words, we appreciate it. I think for us it comes from everyone’s different influences. We all like very heavy brutal music, but we all love great melody/catchy hooks etc. I think that’s the essence of melo-eath. Being able to capture both the chaos and calm all in one song, at least that’s how we see it. There can’t be one without the other.

Dead Rhetoric: How did Marios from Nightrage end up soloing on the album?

Themelco: We’ve been fans of Nightrage for some time and Marios is a friend of ours, it just made sense to have his unique style as part of the album, and quite frankly he did an amazing job of it too. He’s one of those players that you can pick out from anyone and you can definitely hear it on his contribution to the album.

Dead Rhetoric: You have a few songs that include clean vocals. Will you ever fully take the bait and make them more of a prominent part of your sound?

Themelco: I’ve already done a bit of clean singing outside of Orpheus Omega, but never really included it until this album. It wasn’t something we sought out to purposely do but where it lands in the songs that it’s on, it just felt right to add that extra layer/that extra sense of melody and vibe to the songs in that way. I don’t know about whether it will take a more prominent role in the future, but I think we’re quite happy with it being more of a textural contribution, something that helps make certain section feel even more grandiose, not as something that is a staple.

Dead Rhetoric: How did you feel when all of these metalcore bands started adopting Gothenburg riffing into their sound? Do you feel it diminished the value of melodic death metal?

Themelco: I don’t think it should be about diminishing anything. A lot of sub genres take heavily from the Gothenburg sound and I think it’s a testament to how much of a unique impact that scene had on the rest of the world. Too many people get hung up on the details; I think there’s always something to enjoy from most genres and the metal core scene certainly has it’s own gems and even bands heavily and openly influenced from our melo-death forefathers.

Dead Rhetoric: You’ve done a run of tour dates recently across your home country. How did it go?

Themelco: So far so good, we’ve done about 14 shows with about six left. Something like that. It’s been great so far. Great numbers, great fans, old and new showing up to all these shows around the country. We couldn’t be happier with the response so far, it’s been a blast.

Dead Rhetoric: Is it economically feasible to tour across Australia?

Themelco: It is, and it has been for us. But I think you have to be very very calculated about it if you don’t want it to end up costing you money. We’ve been lucky, and this tour has gone super well for us, but it’s not something you could just do every six months, for example.

Themelco: We’ve got a few more shows before we wrap up the year, and then it’s straight into looking at overseas shows for 2016, and more writing, as always. 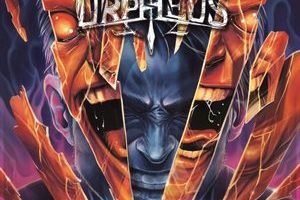