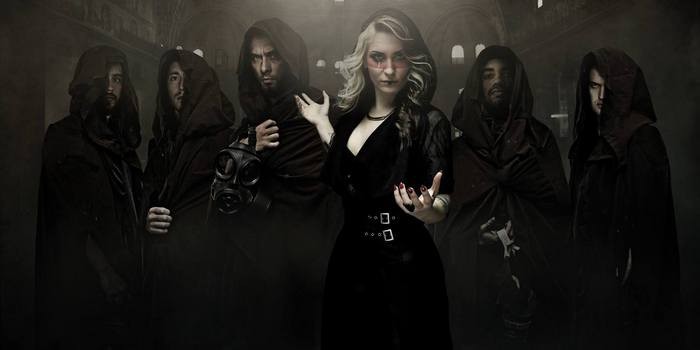 Born of the ashes of System Divide, Oracles is a unique creature. There’s death metal, there’s symphonic metal, there’s melody, ferocity, atmosphere, and chaos. Truly a hard sound to nail down – let’s just say you aren’t going to find another band quite like them. Also being able to herald the supergroup moniker, the Aborted crew (Sven de Caluwé, Ken Bedene, and Mendel bij de Leij) combine forces with fellow former System Divide members (Steve Miller and Andrei Aframov) and Sanna Salou (ex-Dimlight) into a true force to be reckoned with.

But at the end of the day, it’s not about supergroups or unique sounds – it’s about the end product. Miserycorde is a playful yet punishing album that carries immediate hooks, yet yields treasures for those listening below the layers with some intricate playing. It’s a fresh and interesting combination of many different types of extremes, without falling into any sort of pitfalls. Check out what guitarist Steve Miller had to say about the band’s name, touring prospects, artwork, and more below.

Dead Rhetoric: With the album being out for a few days now, how has the initial response been to Miserycorde?

Steve Miller: With the album release we have gotten almost nothing but positive feedback and initial sales of the record have been strong. Also, just this morning Spotify featured our song ‘Catabolic (I Am)’ on their new metal playlist and we’ve had over 18,000 plays just today! We couldn’t be more stoked!

Dead Rhetoric: What were some of the hurdles that Oracles had to face in order to get Miserycorde released?

Miller: Probably our biggest hurdle was securing label and distribution support. All the music came together really fluidly, but we are a bit of a unique band and a lot of labels didn’t know quite what to do with us. Some thought we were too much death metal for symphonic metal fans, and some thought we were too symphonic for death metal fans, so it took a lot of networking to find the right label for the release of Miserycorde.

Dead Rhetoric: How important was it to take from what was accomplished with System Divide and put a different spin onto it?

Miller: Honestly not important at all. We wanted to do something almost entirely different, to push the envelope, and that is how Oracles was born.

Dead Rhetoric: Any particular reason that Oracles was the name that the band landed on?

Miller: Sven and I kicked a lot of names around with the rest of the band but when it came down to it we really just liked the imagery, mythology, and history surrounding the Oracle at Delphi and thought it fit with the whole vibe we were going for with the lyrics and presentation; frenetic visions of a looming dystopian future delivered to a cult of the faithful. The fact that we have a frontwoman as well as a frontman is the icing on the cake and ties it all together nicely.

Dead Rhetoric: Was there anything in particular that you wanted Oracles to accomplish with this first release?

Miller: We wanted to push our personal boundaries as musicians and performers as well as give our audience something that was familiar but also challengingly intense. A tall order, but I think we really got it right. At least we are all proud of the finished product!

Dead Rhetoric: What can you say about the cover art for Miserycorde?

Miller: Personally I think it is totally badass. When you pick up the album you definitely know you aren’t in for your standard female fronted operatic metal release. This one is going to rip your face off, and the cover makes that pretty clear. Colin Marks did an astounding job on it and we are all big fans of his work with Rain Song Design.

Dead Rhetoric: What made “The Beautiful People” worth getting the cover treatment? What did you want to do in terms of transforming the song into an Oracles track?

Miller: We picked that one more on a whim than anything. I think Mendel threw together a demo of it just for laughs and sent it out, and when we heard all the blast beats on it we kinda just all laughed and said ‘screw it, let’s put it on the album’. We thought it would be a fun and funny song to play live at big festivals to get the crowd going. Seemed like a good idea at the time Hahahaha.

Dead Rhetoric: There are a number of guest solos (Jeff Loomis, Ryan Knight, Per Nilsson) – how did the idea come about to bring these guys in?

Miller: We are just huge music nerds and all those guys completely rip. Jeff Loomis has always been one of my favorite players – that guy plays the sickest and most demented sounding leads sometimes but his vicious riffs combined with the psychotic leads he plays just…I mean he’s Jeff Fucking Loomis. The guy is a beast. Ryan Knight and Per Nilsson play the most interesting leads in metal, hands down, in my opinion. Amazing players with freakish control and perfect phrasing, every time. Having these guys on the album just kind of happened and we couldn’t be more glad that it did.

Dead Rhetoric: With all of the previous experience and big guests, did you find that it was any easier to get the band’s name out there before the release?

Miller: You know I think this is a great question because I’m sure it’s something a lot of young bands wonder about. Truthfully the previous experience and connections, especially on Sven’s part (he is an industry veteran), helped significantly. I think guests add a lot to an album and can help with press on release as well but not as much as experience and networking.

Dead Rhetoric: How did the deal come about with Deadlight Entertainment?

Miller: We were shopping the album around when Sanna sent the release to Alex of Deadlight. As soon as he had a chance to listen to it completing the deal was rapid and easy.

Dead Rhetoric: With the busy Aborted touring schedule, will Oracles be more or less resigned to playing festival dates or small tour runs for the time being?

Miller: Since the guys just released Retrogore yes, but we’re hoping for a more active 2017.

Dead Rhetoric: Any particular tracks you are looking forward to playing live?

Miller: All the tracks are really fun to play but I am really looking forward to playing Body of Ineptitude and We, the Indifferent. Both of those are just heavy as hell and have some great trashy riffs. Reaaaally fast. Really fun.

Dead Rhetoric: What’s next up for Oracles now that the album is out? 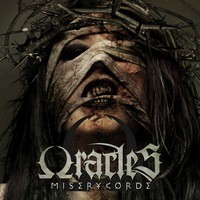