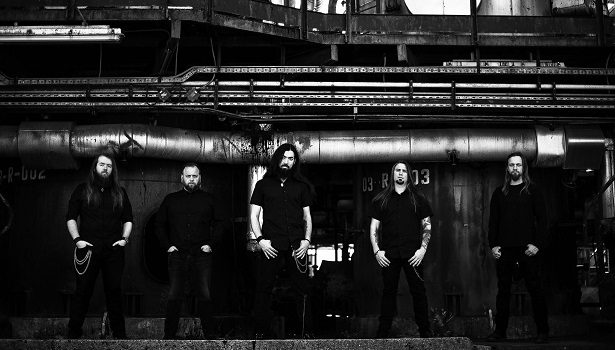 One of the best doom revelations in recent memory, Croatia’s Old Night broke onto the scene with their 2017 Pale Cold Irrelevance debut. Born from the Candlemass/Solitude Aeturnus school of emotional doom, Old Night’s ability to create long-form churners with peaks and valleys, highs and lows (plenty of them) and outsized melodies were sufficiently aided by vocalist Matej Hanžek, who in due time, will be recognized as one of the best doom has to offer. Fast-forward two years and Old Night is back with A Fracture in the Human Soul. Like its predecessor, it offers up a volley of epic numbers, in particular, the outstanding “Hearken and Remember” and proggy “The Reaping of Hearts,” proving that for the second time, Old Night is one of doom’s most formidable new acts. Here to chat about A Fracture in the Human Soul is founding member, bassist and primary songwriter Luka Petrović, who has taken Old Night from a side project into a full-fledged band.

Dead Rhetoric: Did the positive reaction to Pale Cold Irrelevance accelerate the development of the band at all? Did the reaction take you by surprise?

Luka Petrović: I wouldn’t say that it accelerated the development of the band, but it facilitated our decisions and the implementation of the plan that we intended for the band. Everyone has great plans and dreams when one starts a new band, but when you get a confirmation that you’re on the right path you feel emboldened to follow the course you set for yourself. But to answer your second question: yes, we were quite surprised by everyone’s reactions to our debut. We felt that we had a really strong material in our hands, but the band on one side and the audience and the profession on the other don’t always see eye-to-eye. So, when we released our first record, we did it at best we could with no expectations whatsoever. We were soon, to say the least, shocked by the positive response. The majority of the reviews were not only positive, but they were praising this little band and soon we found ourselves on a number of best albums of the year lists and so on.

Dead Rhetoric: What was the most rewarding thing that came out of the Pale Cold Irrelevance cycle?

Petrović: On my behalf, I would say the fact that it made this, let’s say, a project of mine a real band. We spent so much time in the rehearsal room that we became a really strong team and, which is far more important, great friends. I now have another family that a few years ago I didn’t believe was possible anymore at this stage in my life.

Dead Rhetoric: When did writing begin for A Fracture in the Human Soul? And, what was the game plan this time out?

Petrović: We actually started working on the songs, that ended up on A Fracture in the Human Soul, as soon as we recorded our first record. I said this before; the entire material for Pale Cold Irrelevance was written by the end of 2015, but the problem was finding the right people for the band. In conclusion, we didn’t have a steady lineup until the end of 2016 when Bojan [Frlan], our third guitarist, joined the band. That fact prolonged the whole process of recording of our first album since we weren’t that inclined to start the recording process without a complete lineup. That being said, I started writing the songs for A Fracture in the Human Soul before 2017 and by the time we released our debut we already had one new song completely finished. So, we took our time with the arrangements and finesse for quite some time and worked on those songs up until we entered the studio in the autumn of 2018. The game plan for this record was somewhat different than we did with the first one. For starters, we changed the format of the album. To explain myself better, the album was written to be released on vinyl or in an LP format. And that’s why it is shorter than the first one and that’s why it actually has sides. In a way, we worked on the feel and the flow of the whole record, but also on the feeling that the sides of the LP will have when listened in that format.

Dead Rhetoric: Was it a point of emphasis to not have a repeat of the debut?

Petrović: Yes, it was! I don’t like to repeat myself as a writer and we as a band certainly have no desire to regurgitate the same material all over again. What we strived to do was make a record as different from the first one, both musically and sonically, but at the same time, we tried not to lose our signature sound and the overall feel of the music itself. I think we managed this quite well and, whether people will actually like the new record or not, at least they can appreciate the fact that we didn’t try, nor did, release Pale Cold Irrelevance part 2.

Dead Rhetoric: What did you learn about Old Night during the writing process for the new album?

Petrović: Patience is a virtue. [Laughs] Joke aside, I really did learn that the rest of the band is also willing to put so much effort into the songs that sometimes when you don’t even see the point anymore in trying another thing, we’ll try three more. And they’ll do it willingly and even enjoy it. We would sometimes ‘lose’ hours on some passages that are probably irrelevant to almost all the listeners, but it made us so happy when we found the right one that, to our ears, made the song better. So in the end, what I found out is that Old Night is a strange beast and it can do so much more.

Dead Rhetoric: The new songs have a more prog feel to them; they’re still doomy, but the arrangements are a little more advanced this time out. Do you share that view?

Petrović: I might not use the term prog, but yes, I do. During the recording of our first album and the concerts that ensued, we found out our strengths and how to use them to our advantage. We started to be more confident about using more vocals and as we started to play the first record live, we found out that we could play more challenging music and sing at the same time. So, when we started working on the arrangements for the songs on our second album we were already aware of the facts above mentioned and we had more freedom in the whole process. We also had Bojan in the band from the start of this cycle and that added another dimension to the whole band.

Dead Rhetoric: With Matej being such a strong singer, how did you tailor the music for him this time out?

Petrović: I was far looser with the arrangements with this record. I think that not a single song was left intact from the original version. Since this time around I had a real band from day one, not that many parts were set in stone, so to speak. We hacked on the songs more mercilessly than before, to the point of cutting out three minutes of the material two weeks before the actual recording. But the main difference was that I knew who will sing the songs on this record. In a way, Pale is a collection of songs that became Old Night while all the songs on A Fracture were written for this record and for this band. When we got to the point of doing the vocal lines, I tried to butt out as much as I could since Matej, and Ivan, are both amazing singers. Them being brothers as well, gives them the freedom to push each other even more than I might, sometimes even ending in arguments, but all for the sake of writing a better vocal line or vocal arrangement.

Dead Rhetoric: What was on your mind lyrically?

Petrović: I always write about things that happened to me and personal experiences. Sometimes I’ll use allegories and metaphors not to make things completely obvious, but I will always try and write the lyrics in a way that they feel relatable, at least in some way, to all the readers. The lyrical themes on this album are to a certain degree connected and they deal with the theme of growing old and reminiscing about old times and the estrangement of people.

Dead Rhetoric: Your lyrics are heartfelt, but not cheesy. Explain how much time and effort goes into the lyric writing process?

Petrović: I guess more than it should. I’m not that prolific as a writer, so I tend to write all the time just to have enough options when lyrics are needed. Before the final version, the lyrics usually go through a number of versions until I’m completely satisfied. At that point, I send them to my brother for proofreading and opinion. If he doesn’t give a green light, usually those lyrics never end up in a song.

Dead Rhetoric: Does being located in Croatia put you at a disadvantage at all in terms of spreading the Old Night name?

Petrović: Unfortunately, it does. Croatia is a small country that is not known for its metal scene and the moniker Croatian doom metal doesn’t carry that much weight in the eyes of the promoters. Although our first record was really well received, we didn’t have the chance to play live as much as we hoped to. The majority of festivals don’t book that many doom bands and they book even fewer bands that originate from Croatia. Hopefully, the second release will give us a chance to present ourselves live to wider audiences.

Dead Rhetoric: What’s going to be the live show approach for the new album?

Petrović: To be frank, nothing special, just try to play live as much as possible. We’ll do a promotion of the new record and if the stage time allows a couple of songs from the first one. The only difference is that we now rehearse with four vocalists, Bojan being the fourth, just to be as close to the recording as we can.

Petrović: We just released the first video from our new record and the album came out in two formats. The classic jewel case and a limited, hand-numbered, A5 DigiPack version. We’ll soon release another video and start the promotional concerts for our new album with the first appearance on an Italian metal festival. The classical concert promotion will start in the autumn that will hopefully coincide with a few tricks from the hat. The new record will hopefully get its vinyl release by the end of the year as well. 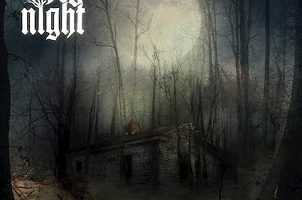