Not having a new demo tribunal since April (yikes!), it seemed the time was right to at last clear out a bit of the submissions that DR gets on a regular basis. Slightly shorter due to the overall busy nature of this time of year, it’s a start back in the right direction at least (there’s always monthly Bandcamp features to sink into as well). This month we will investigate Circaic, Derdian, The Meatfuckers, Misanthrope Monarch, Omniversum, Victims of Contagion (pictured above), Soulnerve, and We Are the Cult. – Kyle McGinn 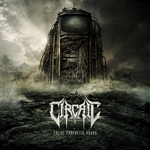 Circaic – False Prophetic Roads
Technically proficient melodic death metal that alternates between clean and harsh vocals doesn’t really make many folks stand up and cheer anymore due the overly flooded marketplace a few years back. However, Circaic make an excellent case that there’s more bands of this sound popping out that deserve your time. The riffs carry more technical mastery than most and the clean/harsh vocals never pander to the “easy” chorus or poppy leanings. They also tastefully employ some keyboards that never get too out of hand and take away from the “metal.” Fans of Darkane take note! (Circaic on Facebook) 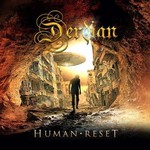 Derdian – Human Reset
Symphonic power metal from Italy that is heavy on the “epic” tone. Everything about Human Reset is grandiose and will make you think of bands like Rhapsody of Fire. The vocals are as soaring as you’d expect, with some powerful choruses to be had throughout the album, with “Mafia” and closer “My Life Back” standing out. The guitarwork is solid, but sometimes the keyboards just get too overwhelming in the mix to really give the band the power they need in the heavier sections. When the keyboards step back a bit, there’s some great stuff here. (Derdian on Facebook) 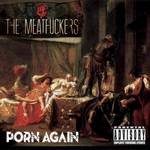 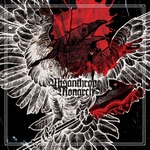 Misanthrope Monarch – Misanthrope Monarch EP
When all else fails, if you can manage to snag a ‘big name’ to help with your debut recording in some way, it will get you some attention. Such is the case with Misanthrope Monarch’s debut EP. The rather short and intense EP gets an added boost for having ex-Suffocation drummer Mike Smith behind the kit. Don’t expect straight-up death metal though, as this feels a bit more modern (the more hardcore-ish shouted vocals for instance) without losing the extreme edges. The quick, in-and-out song structures could use some more fleshing out but the band already has a good handle on how to differentiate from the more modern death metal legions and deliver a punishing listen. A band to keep your eyes on. (Misanthrope Monarch on Facebook) 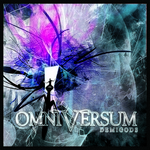 Omniversum – Demigods
Finland’s Omniversum is a more modern power metal-ish band than most. Their usage of synth and electronics leans in a more modern finish than most bands of this ilk tend to bring to the table. They also use some occasional growls to push things in a heavier direction. It works on some tracks (particularly “The Tomb”) but other tracks, such as “Demigods” just don’t seem to have the guitar parts as strong as one might like. The other elements occasionally get in the way and keep the band from being at their strongest. This balance will come with time though and Omniversum have a unique enough approach that is bound to pull some in as they progress. (Omniversum on Facebook) 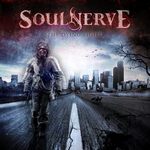 Soulnerve – The Dying Light
Thrashy metalcore/modern metal that occasionally swerves towards melodic death metal territory, the slightly heavier touch is about all that saves Soulnerve from complete redundancy. It’s well written, but ultimately falls prey to sounding too much like the bands that have inspired it. Alongside some clean vocals that swing too close to commercial territory for personal preferences (along with some gang vocals), it’s hard to give it two thumbs up, even if the heavier moments do rip pretty hard. If they could broaden their dynamic, it might allow them to differentiate themselves more from the pack with future offerings. (Soulnerve on Facebook) 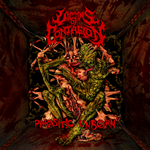 Victims of Contagion – Parasitic Unborn
With a high quality production and bludgeoning riffs, Victims of Contagion’s Parasitic Unborn could easily hang with the best of the current tech death crop. Managing to combine brutality with the tech death standard, and keeping the song in mind instead of simply wanking out, these are well thought-out attacks that even manage to hold water as the songs approach the 6-7 minute mark. Things change up frequently without sounding like a smorgasbord, and even delve into some acoustic moments (“Terminal Evolution”) without sounding out of place. This band should be finding a label home in the near future. (Victims of Contagion on Facebook) 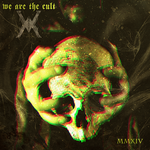 We Are the Cult – MMXIV
A three song slurry of everything from fringes of black metal to doom to stoner to sludge, We Are the Cult thankfully keep things on the slim and trim side of the musical department. Keeping the songs shorter keep them from meandering like many doom/stoner bands and We Are the Cult also bring a more upbeat (yet dark) tone that provides a more interesting and makes for some replayability. “Doom of the Gods” gets the pick of the litter with its upbeat and catchy chorus with some nice rollicking riffs as well. An intriguing listen. (We Are the Cult on Facebook) 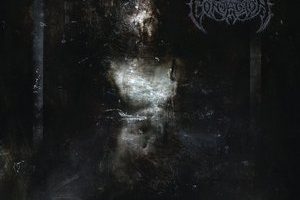 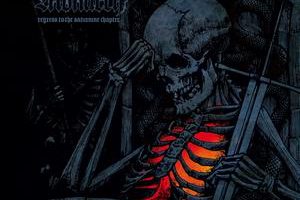 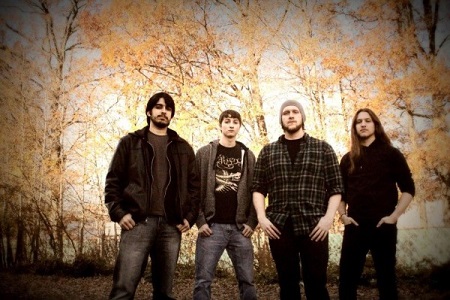