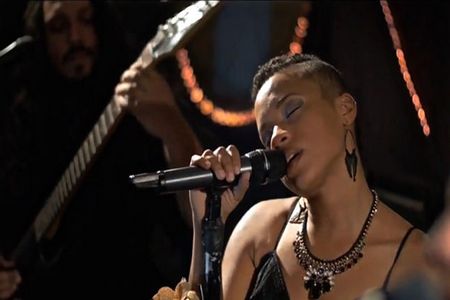 Dead Rhetoric: Has work already begun on the follow up record? If so, can the fans expect that each album will possibly be as diverse as the next – or are you fairly content to just slowly expand upon what you’ve already established?

Beverly: We started work on frames of a bunch of songs months ago. We recorded them, rehearsal recordings, and are keeping the ideas but we’ve had to abandoned that because we get to writing insanely fast. The last thing we need to do is be in the middle of the year just after Winter comes out and are already interested in playing new songs. We’ve halted- we’ve been working on a few other covers to stay busy and happy. Nothing concrete yet, in all honesty we have about four or five complete songs but we just have to leave them alone. Let them incubate a bit- in about three to six months we’ll write and finish a whole new record. Even the songs on Winter that we finished over a year ago, those have transformed. When people hear those songs live, there will be slight differences as things change on a day to day basis.

Dead Rhetoric: How do you balance the music career with making a living- as I imagine that all of you still have to figure out ways to still make money to survive?

Beverly: Oh yes, we are going to have jobs forever! (laughs) We are mostly independent contractors or work in the music business in some way. Keegan and Beau both work at Guitar Center. Anthony teaches guitar, I am an owner/ operator for a moving company. I do session work too. Cammie is in IT, a nanny as well. Sean is a fifth degree black belt and a fight instructor for the past ten years. Everybody has their stuff worked out- Sean, myself and Keegan are also parents. Making money is one deal but keeping the lives stable and together is a bigger fish to fry.

Dead Rhetoric: When it comes to drumming, I remember reading a quote from an old Sick Drummer interview you did where you stated: ‘let speed develop out of your technique. Don’t develop your technique for speed.’ Was this a hard concept for you to apply to your own abilities?

Beverly: When I was younger, of course because you just push, push, push. At the beginning you try to muscle through everything and it’s a lot easier when you are a kid, some people come out on the other side of that good and strong. The problem is when you reinforce bad habits all you have is just really bad habits. So the technical side is if you’ve learned properly and more importantly if you’ve practiced properly, then you will develop the necessary, especially the physical part of it, the necessary motions. It’s a synergy, the neatest thing about drumming is that the stick is in one motion from the shoulder, elbow to the wrist. As soon as you find the patterns and shapes, you realize there are easier ways to get around and the body can accommodate a certain amount of movement. You adjust to make those movements work. When I was younger and barbaric, to ten years ago when I started taking things extremely seriously or more- I absolutely still subscribe to the idea of that. There’s a method in piano- I played all the piano on the record – about how to sit, proper placement of the shoulder and wrist and how to distribute power. It’s a classical technique for pianists and I applied that to drumming, so I may not have the same style as George Kollias (Nile) and all these guys that play super-fast death metal all the time, but I also have a technique that can be very comfortable while playing fast. It’s made my facility better and higher, which in turn makes my musical vocabulary better and higher. Especially in this band, you have to have a massive musical vocabulary to get around. We don’t need limitations- so it’s on me to constantly progress.

Dead Rhetoric: Is it harder for you to play blast beats or at doom paces?

Beverly: Well, there’s a weird spot. As blast beats speed up and get stronger, I am having to go into training because Insane Warfare is doing a reunion show at a festival in the Czech Republic. So to get back to where I can play comfortably at those maniac speeds, there’s a different kind of approach that can take its toll on the intricacies I can play. It’s almost like to play fast, fast all the time, you have to stiffen up the mechanics. To play laid back and with more groove or intricate, you have to be a bit looser. Sometimes to find the in between on that can be a little tricky, at this late in the game for me it’s easier now. It’s recallable, it’s cool being able to crossover between jazz and r+b drumming into extreme metal.

Dead Rhetoric: What does the rest of 2016 look like for Oceans of Slumber as far as promotion, touring, etc.?

Beverly: We are trying to, because of this My Dying Bride tour we are having to go into the band’s finances and be a bit more conservative. We are planning to shoot a conceptual video for “Sunlight”, that’s a very dark song about suicide and the termination of oneself, that could be physically or mentally. We want to shoot a video for that and try to release it before the My Dying Bride tour, but we don’t know if we are going to be able to. We would love to be able to do more videos, but the financial side of it gets a little intense. Promotion-wise, there will be some big press that’s going to hit, a really big tour at the end of the year, six weeks in Europe. The business here is way different, so we need to find the right booking agent here. We are also getting a lot of requests to do playthroughs for songs, guitar playthroughs, there are a lot of things that will be happening.