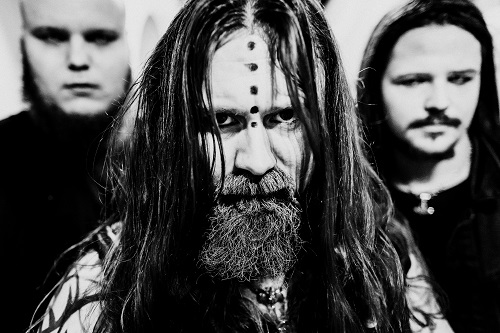 We usually don’t make assumptions on the personalities of those who correspond with us via email, but Vredehammer mainman Per Valla strikes DR as a blunt guy. No BS, no fooling around, or, beating around the bush. Based upon this interview (and the several we read on the internet), he’s usually like this, which is fine—there’s no need to be verbose when you’re sitting on an album as good as the band’s new Violator. For the time being, it has been temporarily overshadowed by Valla’s departure from Abbath’s band, a move that took many by surprise, but according to our man, it was a practical move, one that has been met with support.

“In general, it seemed that people liked the first lineup very much, so some were a little disappointed,” he begins. “But besides that, people have been 100% supportive about this.”

And back to practical matters: Valla is quite aware of the financial pitfalls that comes with being a full-time musician, which explains why Vredehammer is not a full-time band. Not even the call of a cushy gig in Abbath’s band was strong enough to persuade him otherwise. “Don’t get me wrong, I want to go as far as possible with Vredehammer, but in the end, it all comes down to the music business,” he says. “The way things are today, it`s actually damned near impossible to live decently as a full-time musician. My line of thinking right now is that I am gonna take a small step back and pay attention to how things evolve in the business. If the terms of being a musician improve, we will be active as hell, if not we will have to actually take a step back and keep on working normal jobs and doing a tour or two during the year.”

As for Violator, it easily moves Vredehammer out of the restrictive realms of black metal. On the same hand, it also grazes the tattooed chest of modern thrash, including Lamb of God, a band which Valla admits to not being familiar with, even if folks have pointed out some similarities between his vocals, and Randy Blythe’s.

“I would be surprised if people keep calling us a black metal band after the violator release, but hey, that`s up to each individual. In the end, it doesn`t really matter how people choose to describe us. Many reviewers have written that I sound like …checking google… Randy Blythe from Lamb of God. They also say some of our music sounds like that band, but the funny thing is that I honestly never listened to that band. I mean, I`ve tried checking them out, but they really don’t do it for me at all.”

Comparatively speaking, Valla is a decade younger than most of his Norwegian extreme metal contemporaries. With many miles of tread on the tires of the scene’s long-standing bands, it wouldn’t be a bad idea for Valla to pick the collective brain of those who have been there and done that. Ever the one to chart his own path, Valla said such interactions have been minimal on the inspiration front. “We toured with Satyricon last year and that gave me some inspiration for some drum grooves, but besides that I find inspiration elsewhere and in other genres. Symphony X is a great inspiration to me. You might hear it in the middle of the last song of Violator, ‘Blodhevn.’ There is definitely some Symphony X in there!” 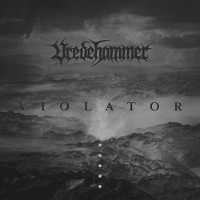