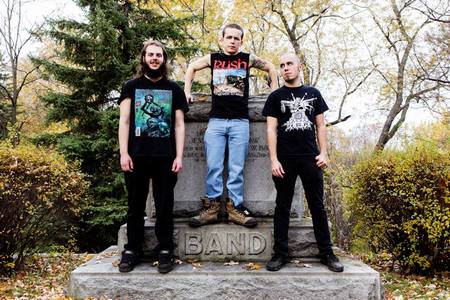 Being a faithful metal follower for 30+ years, it’s important to not only stay up on the latest albums from signed acts but also keep an ear to the underground for bubbling new talent. These days if you wish to seek out the latest new bands, all it takes often is the proper internet speed, a device that will lock you in, and your own personal time and away you can go. Such is the case here for this Canadian thrash act Shotgun Cure.

Learning they would be playing a show in Massachusetts as a part of a brief East Coast tour of our country, I went on their Bandcamp site and was blown away by their sound. For a three piece they certainly know how to keep things moving in terms of riffs, time changes, and brilliant passages of speed in one measure, then locking into this killer groove all at a moment’s notice. Live it’s even more spectacular, especially witnessing the cat and mouse game rhythm section James Tulloch and Kyle Lecourt employ around the fierce guitar/vocal presentation of Harut Savchenko.

Recently completing their own brief touring escapade across Canada, I fired off some questions to get to know more about Shotgun Cure – so here are the answers straight from Harut. Realize that not all Thrash bands are seeking to cut and paste their favorite Exodus, Slayer, or Testament songs, and this is where you need to search for the best.

Dead Rhetoric: Tell us about the formative years of Shotgun Cure: when did the band start, how did you get introduced to each other and did you have any previous experience in other bands prior to forming this one?

Harut Savchenko: I met James and Kyle in high school through a friend who formed the group with me as a second guitar player. We jammed around a bunch and went through several members throughout my high school years, but we began full force with this line up sometime around 2008, and we released our first EP in late 2009. This was my first band at the time, so all of my initial experiences performing as an ensemble in front of people started out with this band. It’s always hilarious looking back to how things were when we first started out playing, and nice to share those memories with the same group of guys as we hope to move forward!

Dead Rhetoric: You traveled to North Carolina to record your Swarm EP with producer Jamie King – what do you remember most about the sessions, how do you feel the recording went and did Jamie bring any special elements to the table to make Shotgun Cure sound that much better in the end?

Savchenko: Jamie King is a machine. I was very self conscious about my vocals going into the recording time, that has always been somewhat my weak suit and I had never done it in a professional studio before that. He patiently helped me work out the kinks and the hooks and harmonies and was very suggestive of little techniques that would strengthen the overall songs, so eventually my confidence went up a bit and I didn’t suck as much haha. The end product speaks for itself. He has such an astute ear for small complexities in music and really understands how to get the best out of whatever you are trying to put out, and that’s the most you can ask for out of someone pushing the buttons while also offering a second ear to the thing you’ve heard yourself perform a million times over. Couple that with understanding the exact energy you’re trying to concoct with your music as well as all the know how involved on the mechanical side of things (some of which we wouldn’t even know how to begin wrapping our minds around at that point) and you will most likely have a product that is the best sound of you that you could have hoped for. His experience working with the groups that he has obviously played a part in all of that and factored in to the end result. Thanks Jamie!

Dead Rhetoric: You recently had the chance to do a brief East Coast tour of the United States – what were your initial impressions of the clubs, any particular shows stand out?

Savchenko: The tour was fun! It was our first time over the border, so it was definitely a learning experience getting all of that sorted and worked out as an official working band, we were glad to finally get over that hump. We played in very small clubs, some with no stage or just a drum riser, so they were definitely more on the intimate side as shows go. We had a blast sharing our music and meeting new folks in every town. My personal favorite of the route was in Burlington, Vermont,where we played a Cinco de Mayo themed heavy metal Monday night. It involved a classy decor of piñatas, sombreros and a Mexican themed concert host. We don’t really celebrate Cinco de Mayo in Canada (at least not in our parts…), so we had a grand old time embracing the essence of that specific party.

Dead Rhetoric: In a recent conversation we had at one of your shows, you mentioned that many local Canadian bands have rarely strayed beyond the major cities to perform due to the strong audience appreciation for metal. Why do you think this occurs, and how does Shotgun Cure separate themselves from the local hordes?

Savchenko: Well first of all the local hordes are fantastic. The more bands start playing heavy music the more their friends embrace it, and more that happens the longer it stays alive and hopefully thrives city to city. We’re luckily part of an amazing local horde in Toronto, and are very grateful to have the ensemble of heavy bands that we do within our city to bask in the community of it with. That being said I think it is important for groups to stray beyond their localities if they want to continue to evolve, learn and grow. A lot of bands enjoy being comfortable within their realm and don’t opt to leave that comfort, which is absolutely understandable given the conditions present for smaller bands to work with in this day. We want to keep moving forward so if that means touring independently and meeting new friends and fans that way then we will continue to do that, and I encourage all upcoming heavy bands to keep pushing, keep it alive and keep doing the same thing so that we can all come together as one city by city and finally take over the Western world! Or just continue doing what we love to do and focusing on putting out the best music that we can. Either works (preferably both).

Dead Rhetoric: Where would you like to see Shotgun Cure over the next 12 to 18 months? Are there more plans for extensive tours in Canada and beyond? Will you seek out a record label or are you content to remain self-sustaining for as long as possible?

Savchenko: Nowadays it seems you have to be self-sustaining regardless, so we will definitely continue to tour, we will continue to be active with shows as well as online where we are very much present and available, we will look to play with and tour with bigger acts to better get our name across, and if a record label were to stumble upon us and be interested in distributing our yet to be released but fully completed LP, then we might be partial to that as well. 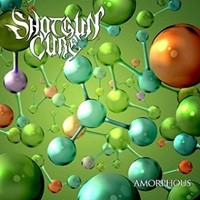 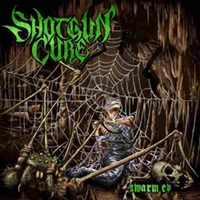 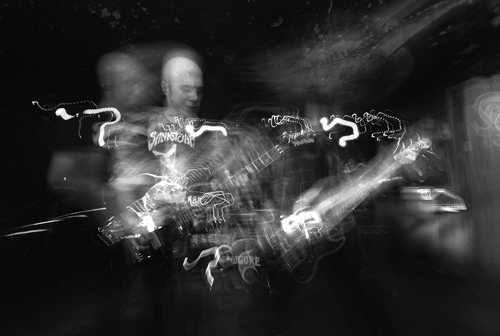