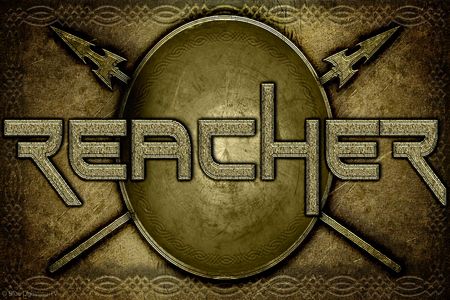 Almost a sub-set from the energetic combustion that makes thrash a mainstay genre, certain bands choose to add a strong set of melodic pipes in terms of singing to gain a difference-making distinction from the pack. This gives a newcomer like Reacher a chance to rise above the fray – especially when discovering the band from Final Sign vocalist Shawn Pelata as this scribe did recently. Their debut album Generation Kill is as much about the big four and Testament as it is about Judas Priest and Iron Maiden – lobbing hooks left, right and center.

Feeling the need to gain a little more knowledge behind the music, this series of questions would be answered by Sy Davies and Alan Kelly – the latter part of the recording lineup for backing vocals and songwriting assistance but will not be on the live front for the group. And don’t let me down metal brethren – seek this out as its solid melodic thrash that keeps the fire burning and the gears turning.

Dead Rhetoric: Reacher originally started as a project only to develop into a full-fledge active band. Tell us about the inception of the group and at what point did you decide to take things a little more seriously and pursue this as a living, breathing entity?

Sy: I joined the ‘project’ when the writing process was complete. All bar the finishing touches. Music and lyrics were in place. My job was pretty much done for me. To be honest I thought that my involvement was purely to add a voice to Andy Chick’s (Producer) and Alan’s ideas. But it was very apparent that what we had was substantially more than a simple project. Once Andy had mixed the tracks I knew immediately that this was a ‘Live’ band. The songs have a raw energy that translates well to the stage. It was at this point that I decided to build the band.

Dead Rhetoric: What are your thoughts on the debut album Generation Kill? How were the recording and songwriting sessions, and were there any surprises or difficulties you had to work your way through from inception to final outcome?

Sy: As I said, most of the recording was done before I got involved. Alan wrote most of the tracks, I changed a word here and there to make them fit a bit better or flow a little easier but mostly all I had to do was sing the songs. Alan has a fantastic way of melody writing. His background is melodic rock whereas mine is power metal and NWOBHM. So I guess the hardest part for me was adapting my voice and Alan’s melodies to create a believable vocal for the songs.

Dead Rhetoric: Where do you gain inspiration for your lyrics within Reacher?

Alan: I get inspiration for my lyrics from everywhere, a lot of the lyrics for Reacher came from watching TV series, “Twist of a Knife” is about the corruption in FIFA, “False Gods” is about everyone’s obsession with X Factor and similar reality TV shows. Shawn Pelata wrote two of the lyrics “Cybernetica” and “Ashes”, he gave me his lyrics to use and I made them fit melody wise into the songs, he didn’t write them to the music.

Dead Rhetoric: The style of Reacher contains a lot more classic and old school power influences than are typical for a newer thrash band. Was this a conscious decision from the get go to separate yourselves from the pack – especially in terms of hooks, harmony possibilities, and Sy’s multi-octave vocal range?

Alan: Lyrically I didn’t set out to write in any particular style, Coming from a melodic background musically I always try to find a ‘hook’ chorus and pretty much go from there, Andrew had already written most of the music and I basically had to go through and pick out parts that I could write over and get ideas for, I would then send my ‘edited versions’ to Andrew and he would work the music to suit from there.

Dead Rhetoric: How do you view the UK metal scene these days, especially as an act trying to establish a foothold in a market that is harder to break through because of more bands, more live shows, and fighting for consumer attention through instant technology and social media options?

Sy: I think that the UK metal scene is as great as it’s ever been. I am really not concerned with other bands. There is no rivalry. Hey, we have made an album that has a very broad appeal. I am sure that we have an audience out there. We will use social media and any other form of media to get our music out there.

Dead Rhetoric: How do you define success at this point? Do you believe the quality of your following matters more than necessarily the quantity as you develop your music?

Sy: I think that a lot of bands ‘live’ more in the virtual world than the real world but are very successful with it. If you count ‘likes’ and followers as a level of success. Call me old fashioned but I firmly believe that the proof of any band is in their ability to play live. Forget how many tweets they send or how many friends they have, get up on a stage at any given time and play your heart out. That’s where you find the real fans, at the front of the stage. Bands prepared to do that find real success and a true fan base. As for Reacher, we will be hitting the rehearsal studios very soon to prepare for our time on stage to promote Generation Kill. We want to see as many people at our shows as possible, as long as they are there to enjoy the music and have a great time.

Dead Rhetoric: Who are some of the bands that everyone in Reacher can agree upon as important to the outlook of heavy metal – and what is the best concert that you personally took in from an audience member standpoint, and what exactly made this show special?

Sy: The concept of the project was to capture the sound of the 80’s era thrash and metal. Musically you should pick up on Metallica, Anthrax, Testament, Slayer, Judas Priest and many more influences. Vocally, it is more NWOBHM which indirectly influenced a lot of the bands mentioned.

I recently saw Symphony X in Bristol, England. From a technical view they were great. However, Russell Allen blew me away. His voice was simply awesome. He commanded every word and I believed in what he was saying. He made me believe that the art of singing, not just vocalizing, is alive and well. I have been lucky enough to see and be influenced by great singers like Dickinson, Tate, Kiske and Halford and he is right up there with them. His voice was crystal clear when he was ‘growling’ and powerful when he was whispering. In a word, superb.

Dead Rhetoric: Have you already begun putting together ideas for the follow up Reacher effort? Will you be the type of band that always strives for little dynamic nuances to add on top of your established style, or are you fairly content with the direction you’ve established?

Sy: We are literally preparing the next album. A lot of the tracks have been written and I will be demoing some of the vocals very soon. Musically, I think that we have a great sound but I think that we will be aiming for a more modern feel this time around.

Dead Rhetoric: Sy also sings for an Iron Maiden tribute and another original band Mayhem Messiah – do the other members participate in other bands to keep their chops up? What’s Sy’s favorite Iron Maiden tracks and albums to pluck from in the set list?

Sy: Favorite Maiden song? ah, that’s a difficult one. Put on the spot I would have to say “Children of the Damned” from The Number of the Beast album. Anthony (Difford) also plays guitar with the Iron Maiden tribute band, Powerslaves and his original band, Fatum.

Sy: I think, probably like most people, that there is too much violence. It’s all nonsense to me. I believe that every person is entitled to whatever belief or opinion they have but they do not have the right to force it on to me, especially if their method is through acts of violence. 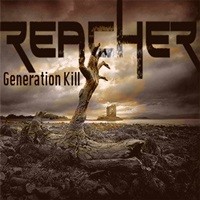