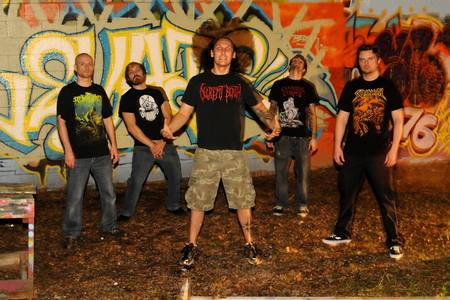 Starting back in the fall of 2011, Necrocosm began to take shape. Formed from three remaining members of a previous thrash band, Kevin Spivey (lead guitar), Adam Walker (drums), and bassist Cisco Rivera, united under the new band. With Spivey at the helm of the songwriting duties, the band moved into a more melodic death metal sound. By late 2012, the line-up became complete. Brent Overton was added on rhythm guitar and Zach Senicola took on vocals. Necrocosm hit the stage for the first time in June 2013 and then released a three-song demo that summer. In early 2014, Matt Brocking took over bass duties for Rivera. A flash forward to fall 2015 saw the release of the band’s first full-length, Damnation Doctrine.

Citing influences such as The Black Dahlia Murder, At the Gates, Amon Amarth, Gates of Ishtar, and Death, it’s clear that melodic death metal has certainly been involved in the design of the band’s sound. According to Spivey, it’s his favorite genre so the style comes naturally to him. “The combination of brutality and catchy melody is intriguing,” he adds. But there’s more to Necrocosm than melodic death metal influences, with references to black metal bands such as Dissection, Emperor, and Immortal alongside some more recent technical death metal bands like Decrepit Birth, Obscura, and Necrophagist. “And a little brutality never hurts,” remarks Spivey.

Damnation Doctrine was recorded with the renowned Jamie King. “It was our first time working with someone of his caliber, and he is a professional to say the least, haha. He made it as painless as anyone could, as he is a fan of extreme metal, so he understood exactly what we were shooting for with this album and our sound. Tracking was stressful at times because Jamie only accepted the best of the best takes; but upon hearing the final product we are so grateful that he did,” comments Spivey of the experience.

In addition to the crushing melodic death experience that awaits listeners on Damnation Doctrine, the cover art is rather striking. “A local known former tattoo artist Errol drew up the artwork for us,” remarks Spivey. “Our singer Zach, a recipient of some of Errol’s excellent tattoo work in the past, approached him about doing some work for us. Zach provided Errol the lyrics to our songs and told him to ‘do what thou wilt’ so to speak. In return he gave us the beautiful madness that adorns our album cover! We were actually unsure about coloring it in for a while, but eventually decided on doing so, and we had that done by our logo designer Irina ModBlackmoon. She is extremely talented!”

As an independent band, the question always arises whether to sign with a label or continue down the independent route. With the sheer volume of bands out there today in 2016, it’s harder and harder for the relatively small number of labels to take notice. “Being on a label has its obvious advantages; with the funding, marketing, and other connections available to signed artists,” states Spivey. “However you can still produce and release your music without a label’s support. Getting your unsigned music heard however is a different beast altogether. We submitted the album to all the obvious and even some random labels, but none of them were interested. So we don’t have a choice but to be independent.”

Continuing down the independent avenue, one source of exposure is through Bandcamp. “We love the ease and convenience of Bandcamp as a way for underground/unsigned bands to get their music out there.” But Bandcamp is not without its faults, as Spivey points out. “We HATE the fact that those who pirate music have a whole network set up to automatically stream all your music and download it for free immediately on release, and then disseminate it all over their aggregator pages. Essentially ruining the chances of any unknown band to recuperate recording and CD/merch production expenses via album sales.”

Being a newer band, live exposure is still usually the best way to get the word out. Necrocosm has been testing the waters, despite the challenging nature of their locale. “We typically play out once a month locally. Far away shows are obviously challenging, due to our largely unknown status. Further, being located in the Southeast, we are also not exactly in the hotbed for metal in the US. And recently there are imminent venue closings in other cities in NC. So it is tough going to say the least.” In addition to geographic location, there’s plenty to discourage young bands. What’s most challenging to Necrocosm? “Everything? Hahahaha. Really, there are just too many bands out there these days. And a lot of them are really good! We’re all struggling for some kind of attention. But it is difficult if not impossible to compete with the bigger bands on labels. There are incredible bands out there that you never hear about on the major blogs and news sites. Before we hooked up with Clawhammer PR we had absolutely miniscule interest from any blogs at all.”

Without continuing to beat a dead horse in regards to challenges, Necrocosm also faces the uphill battle of admitting to being a melodic death metal band, which doesn’t hold the same high regard that it once used to. “Many people are disgusted to even hear the words melodic and death used in the same sentence,” exclaims Spivey. “The whole US metalcore scene in the mid 2000’s didn’t help at all. And a lot of melodic death bands sometimes take the melodic side a little bit too far, with clean vocals, simplistic musicianship, or they include weird electronic elements, etc. We are trying to be the opposite of those bands. Our mission is to make pure unadulterated melodic DEATH metal, inspired by the classic Gothenburg scene, but also maybe a little modernized and unique in our own style.”

Despite the challenges, Spivey retains some optimism and realism for the band’s future as he looks ahead a few years. “We just want to still be here in 5 years haha. It’s tougher than ever being a band these days! It’d be great to have some kind of support along the way, but not having that won’t diminish our love for writing and playing music at all.” But for now, as 2016 enters, expect the band to get their name across through the live scene. “We’re trying to book some further away shows in new cities to spread the word. Hopefully that can happen and they don’t hate us!” 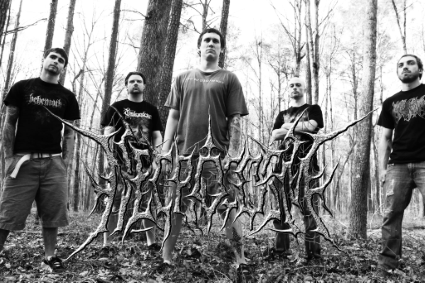 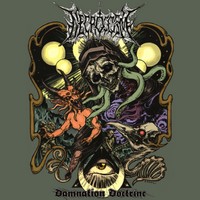