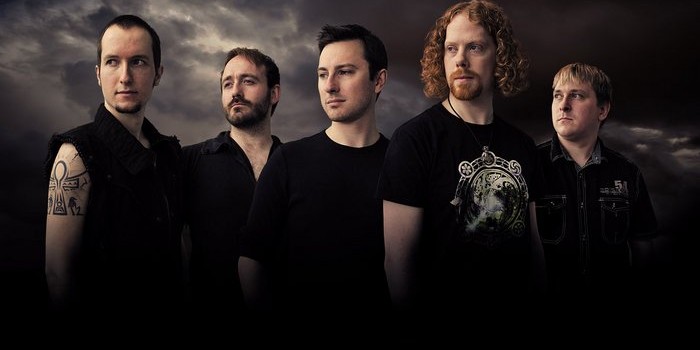 After a thriving NWOBHM scene during the 1970’s and 1980’s, traditional / power metal across the UK (Ireland, England, and Scotland) took a bit of a nose-dive at least in terms of newer bands that possess that quality and staying power as say Iron Maiden and Saxon still have today. As the proliferation of interest rises exponentially due to volume and awareness of the old as well as the new, it’s only natural that younger bands wish to push their creative visions to the masses through bands and recordings of their own.

Farseer are one of those newcomers – releasing a couple of EP’s and single in their first four years, while working out a lot of the natural kinks that can occur as an independent band rising up in stature. The latest album Fall Before the Dawn straddles the power and traditional metal lines – featuring a number of catchy choruses, exciting guitar lines, anthem-like arrangements plus the soaring, high octane vocal propensity that put acts like Judas Priest, Helstar, and Symphony X on the map.

Taking on these questions would be David Bisset with supplementary help from the rest of his bandmates – as we tackle how by default he would take over the vocal slot without any prior experience, their views on the genre at hand, and a little sarcastic plug for Metallica’s Lulu…

Dead Rhetoric: Tell us about the origins of Farseer and how long it took for the current lineup to come together? Were there challenges finding the right musicians willing to play melodic power metal in Scotland?

David Bisset: We started back in 2008 as a group of friends just wanting to write and play music. We were certainly a much different beast back then than we are today. Most of us knew each other from school or previous bands. At the time there weren’t as many people who wanted to play power metal. Hunting for a drummer and suitable singer took a lot longer than anyone anticipated. The current line-up has been around for about 2 years- I think we’ve had more drummers than Spinal Tap!

Dead Rhetoric: Former bassist Dave Bisset took over vocals in 2009 after successfully handling a few live shows in that spot. Shock comes to mind that he (and the band) didn’t realize his prime time delivery earlier on, was it a case of confidence or just unawareness of his golden pipes that he finally slid seamlessly into the Farseer frontman slot?

Farseer: After our original singer vacated the band we were left in a difficult situation. We had our first mini tour booked a few months down the line so we started hunting for a replacement almost immediately, even a temporary one. The executive decision was made nearer the time for Bisset to do it because he had the best voice out of the rest of the band. From there we decided to keep him on vocals and bass before ‘firing’ him as bassist. It took some time for him to come up with his own style and actually learn how to properly sing as all his training was done by singing in the car on his drive to work!

Dead Rhetoric: How do you feel about your three previous EP/single releases during 2009-12 – what were some of the takeaways you have as far as the good and the bad regarding recording sessions and songwriting for these efforts?

Bisset: As different as the first EP is we’re still immensely proud of what we achieved on it. It was mixed by Dave (Connelly) and all instruments were recorded using the most cobbled together home studio you’ve ever seen. The single was again, mixed by Dave and was needed to showcase our different style to people. Chthonic Visions was our first taste of success as it were, the feedback and reviews were fantastic and it really spurred us on to continue writing in that vein, however as the album shows we’re not content to write the same thing over and over.

Dead Rhetoric: Your debut full-length album Fall Before the Dawn recently came out four years after your last release. What circumstances caused this prolonged gap between releases- and how do you feel about the final product, as the songwriting and production quality stand hand in hand to a lot of the top tier bands in the melodic power genre?

Bisset: Thanks so much! There were a few reasons for the length of time it took between releases. We had a bit of a line-up change and spent some time honing our sound to compliment the abilities Stu (bass) and Craig (drums) brought to the table. Also some children popped into the equation so free time rapidly diminished!

One of the main aims of the album was for each song to have its own personality, we realized it was quite a lengthy album especially for a debut and the last thing we wanted was for listeners to get bored during it. It’s fantastic to listen back to it as a complete labour of love that we poured our blood, sweat, and tears into but at the same time we know there’s more we can do. We’re already excited for album number two to build on what we’ve already accomplished.

Dead Rhetoric: How do you view the melodic power metal genre at this point in time? It seems like for Farseer, you embody a lot of the classic elements while incorporating a lot of dynamic diversity in terms of harmony and heaviness aspects… making you a little different than the average European act.

Farseer: There are so many great power metal acts out there and new ones are popping up all the time. The key objective for the band is to try and stand out in a sea of bands. We write and play what we enjoy listening to which is where a lot of classic elements come from but at the same time we want to add something different to a song. We’ve never wanted to lose the raw heaviness we’ve developed but at the same time we want to incorporate melody and catchy sing along parts. It’s a tough balance but I think we’re getting there!

Dead Rhetoric: Where do you see the differences between the studio and the stage for Farseer? And what have been some of your favorite shows/ places to play through the years?

Bisset: We love interacting with a crowd, whether it’s five people or a hundred we’ll make sure we put on the best possible show we can and make sure that the crowd feels engaged. In the studio we’re focusing on making the best music we can whereas on stage we’re focusing on the crowd. Glasgow has been great in the past, playing your hometown is always a great buzz but we love playing to new crowds in new cities. We’ve been fortunate enough to be able to tour with, and support some of the biggest names in metal and it’s something we want to keep doing.

Dead Rhetoric: How do you balance the band and promotional activities while holding down jobs/personal lives – as I’d imagine you aren’t able to make a full-time career at this point? Also, do any of the members share any interests/hobbies outside of the music during downtime?

Farseer: It would probably be possible to make a full time career out of Farseer, provided we all died within a week! Most of us have full time jobs and a couple of the guys are family men. Despite all this Bisset, Dave and Jon are always pushing and promoting the band. It’s not exactly the glamourous part of being in a band to keep spread sheets up to date with contact details, etc. but the end result is always worth it. We always meet at least once a week to practice and talk about where we can push the band to next.

Dead Rhetoric: Has Farseer dove headfirst into the social media driven / digital music distribution world, or do you prefer to see a lot of the old school aspects embraced as far as people digging into physical product (vinyl, CD’s) as well as face to face, word of mouth interaction versus computer/cell phone communication?

Bisset: You have to embrace all aspects of promotion and distribution. We’ve made sure we have a very strong online presence but you can never take away from physical releases and face to face interaction.

Dead Rhetoric: Where would you like to see Farseer in terms of a career over the next 12-18 months? Are you content to remain independent or would you love to jump on a record deal?

Bisset: The dream is to get signed. We know that getting signed doesn’t mean you’ve ‘made it’ as such. We’ve always been a very DIY band so we would be happy to keep doing (things with) our own help but we certainly wouldn’t begrudge label support!

Dead Rhetoric: Who would you consider some of the bands in the scene that you admire or strive to model in terms of their musical outlook, professionalism, or way they view the music business in general? And can you think of three albums that all the members would agree upon as being ideal desert island records to take in if necessary?

Farseer: Dakesis from Birmingham spring to mind straight away, they’re probably the perfect example of a band going out of their way to push themselves and promote everything they’re doing. 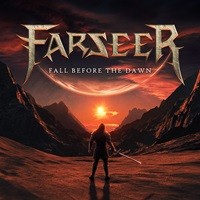