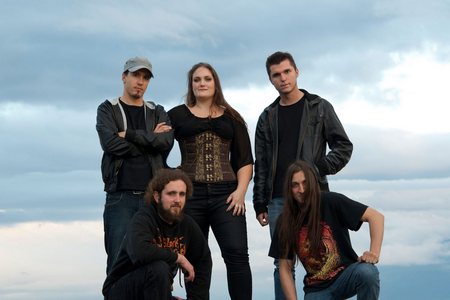 As everyone knows, bands have a tendency to change and evolve over time. Sometimes the evolution is gradual and you can see it over the course of several albums. Other times, it’s more rapid, and this is where bands often get themselves into trouble. Keep the same band name and risk the ire of long-time fans who disapprove of a potentially radical new direction, or start anew with a new name and hope that fans new and old flock over. Such was the case for Dysrider, after two symphonic power metal albums under the name of Trophallaxy.

Changing direction towards a more melodic death metal approach, the band ultimately decided to scrap the old name and go with Dysrider. A fresh name to a fresh start. Here to fill us in on the blanks is harsh vocalist/keyboardist Jonathan, who let us in on the name and sound change lowdown, their use of cello, and more…

Dead Rhetoric: Why the name change from Trophallaxy after you had established yourselves with that name?

Jonathan: We decided to change our name after the band parted ways with Yannick, one of the founder of Trophallaxy and our former guitarist. This is also the result of our decision to evolve into something closer to melodic death metal. It seemed the right thing to do, in order to tell people: “Ok, we’re still the same band but we’re evolving into something a little bit different, so here’s our new identity.” On a more personal level, I also think that Dysrider is a name easier to remember than Trophallaxy.

Dead Rhetoric: The Trophallaxy Facebook is still up and running, are you doing a bit of extra work to make sure that everyone realizes that you are the same band?

Jonathan: That was the first idea, yeah. But we’re not really posting anymore on this page now. Maybe we’ll do it again every now and then, but now that we’ve released Bury The Omen, it’s less important.

Dead Rhetoric: Who are some of the main influences of the band?

Jonathan: It was initially bands like Sonata Arctica, Epica and Dream Theater. Now, our main influences are more bands like Arch Enemy, Amon Amarth, Children Of Bodom, Heaven Shall Burn…

Dead Rhetoric: How would you describe the sound of Dysrider? It seems to be more of an evolution that was started in Trophallaxy…

Jonathan: Well describing the sound or the musical style of your own music is always a tricky thing. For me, we’re playing a mix between symphonic power metal and melodic death metal. That’s why we present ourselves as a symphodeath metal band. As you say, it’s clearly an evolution that was started with Trophallaxy: our first album, DawnFall, has a more traditional symphonic metal sound and the first “death” elements were brought in Resilience, our second album.

Dead Rhetoric: What drove the change from a more traditional symphonic metal sound towards what you are currently doing?

Jonathan: Well as a composer, I’m always trying to create the music that I would enjoy to hear. I really like the contrast between a very aggressive rhythmic and some nice melodies above. As I said before, I’m also listening to more violent stuff than in the past, so I’m trying to create something original in mixing these two things.

Dead Rhetoric: Do you feel that the addition of cello gives you a more individual approach?

Jonathan: This is definitely a plus, I think. I love how the cello can color a song and put some emotion in it. This is clearly something that we won’t drop in the future.

Dead Rhetoric: How do the cello parts work in the live setting?

Jonathan: Our singer, Joëlle, has an awesome “electronic-portable-cello”, so she can easily switch from vocal parts to cello parts. She can play it while standing, so it’s also easier for people to see which is great.

Dead Rhetoric: How did you hook up with Tenacity Music?

Jonathan: We were looking for some help with the release of our new album, Bury The Omen. We were also looking for a booking agency, because we weren’t able to play live for a long time due to lineup changes. I knew Randy of Tenacity Music and just asked him if they’d be interested in working with us. They did, so we’re very glad that it worked out!

Jonathan: The local scene is pretty good; there are a lot of excellent bands playing different types of metal. Some of them are beginning to gain recognition and it’s well deserved!

Dead Rhetoric: What plans do you have for the rest of the year?

Jonathan: Mostly promoting our new album by doing shows and also a new music video on which we’re currently working. I will certainly start composing again this summer for the next album. 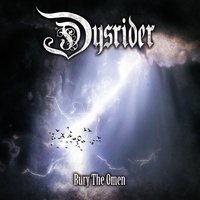