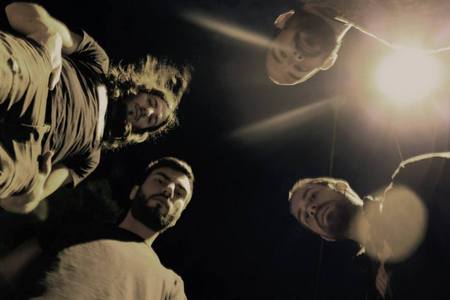 With a foundation of influences that encompasses bands such as Black Sabbath, Isis, Gojira, The Ocean, and The Melvins, Amniac begin their journey in October of 2010 with a sound, according to vocalist/guitarist Upsetter, that’s “Heavy for sure and to be more specific, something between post-metal and sludge.” On the subject of how the band’s name came to be, “We had some names in mind but I guess Amniac sounded better, plus that it has no meaning and we kinda liked that.”

Most of the essential ingredients intact, Amniac went through some member changes before releasing their debut album, Infinite, towards the end of 2014. A sludgy, post-metal effort that was a welcome attempt at keeping things heavy, in opposition to many post-metal efforts that squarely sit at the “post” end of the spectrum. “It has to do with the riffs. I think we got plenty of riffs in every song,” states Upsetter. “Some are metal, some fast, some slow. So I guess we find space for some atmospheric elements onto our slower riffs.”

So how does one attempt to keep things different in the quickly growing field of post-metal? “It’s not something that we try to do or not to do,” says Upsetter. “We write down our ideas and we play them at the studio then we just do some changes until the song is ready, if it’s gonna remind someone something else, fine. If not, it’s fine again.”

With an album title of Infinite, it makes sense that the cover is adorned by none other than Itallian philosopher, mathematician, astrologer, and poet Giordiano Bruno, “one of the first people who stated that outside Earth there was an infinite universe and he was brave enough to say it out loud believing that the others would accept his concept,” says Upsetter. “Unfortunately Christians burned him at the stake. With the word infinite and the concept that comes with it, there were some people that we could have used to make the cover, we just choose him.”

In terms of the state of the Greek metal scene, Upsetter says, “Greece always had a lot of metal bands. 10-14 years ago there were a lot of classic metal bands, which started to change over the years and then we had an enormous amount of stoner bands. The last 5 years the post metal scene has been increasing. A lot more people go to the live shows and a lot more bands do Greek and European tours.” So with touring in mind, does Amniac get to partake? “We used to arrange live shows with other bands by ourselves. There are some bands that proposed to us to play with them and we are happy for that. Although we haven’t played with any foreign band as a support act. There are few people who bring bands from other countries for live shows and they tend to book their friends as support acts. That’s how it works here.”

In terms of advice to other young metal upstarts, Upsetter notes, “Well, we were always playing music with friends and/or other bands in the past. We just went a few times to the studio together and we found out that we made a good combo. The only advice that we would give is that don’t write music trying to catch the taste of other people. Write music because you feel it and write it as you really like.”

So where does Upsetter hope for Amniac in the years to come? “We would love to have done a European tour, play more shows with more bands and have a couple more albums.” But for now, the band does have more immediate plans. ”we won’t do much until the summer, as one of our guitarists will be unavailable beause he has to go in the army for few months. But if we have some money we will start recording our second album after summer.” 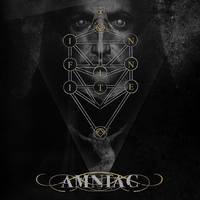